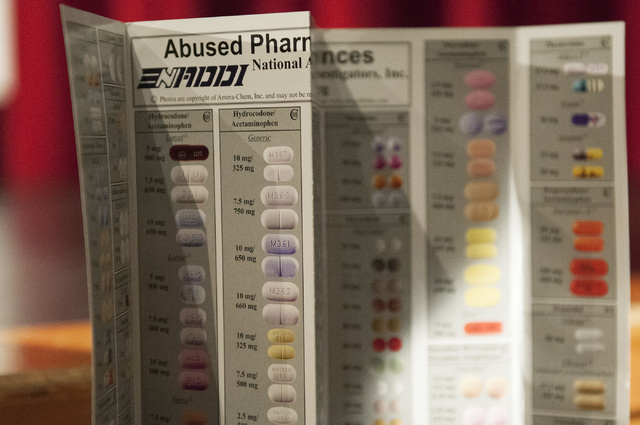 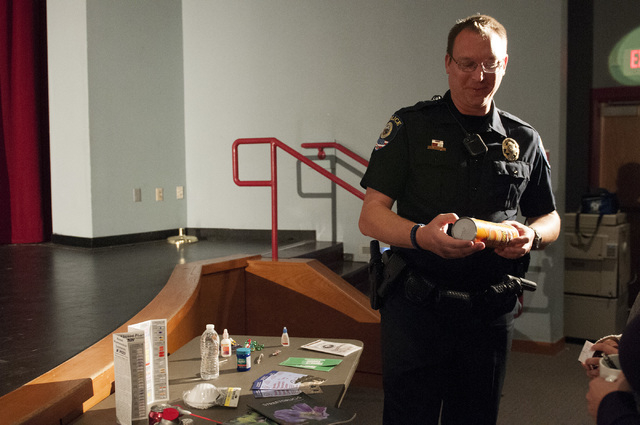 When former emergency medical technician Shelly Cochran responded to a call a few years back, she found a young woman suffering from an overdose.

The woman’s choice of drug? Nutmeg.

“We didn’t even know that was possible back then,” Cochran said. “It acts as a hallucinogen if you take it in large amounts, but overdoses are on the rise because people don’t know how much it takes (to get high) and don’t realize it takes a long time to take effect.”

Like nutmeg, other household items can be abused by teens to become intoxicated, according to Cochran, who also serves as a Safe Kids Clark County board member.

“Indigestible alcohols, computer cleaning dusters, nutmeg and choking are the ones that they’re seeing an increase in emergency room admissions,” Cochran said. “These are the most popular, and they’re all things that are really common household items.”

Locking the liquor cabinet can prevent underage alcohol use, but teens can still become intoxicated by drinking hand sanitizer, mouthwash and rubbing alcohol, according to Jamie Ross, executive director of the PACT Coalition. The group’s acronym stands for prevention, advocacy, choices and teamwork.

“If you take one of those and add (stuff) to it, it becomes pure alcohol,” Ross said. “It’s super harsh and gross-tasting, but it’s the same concept as vodka.”

Items that can be inhaled, such as spray paint, glue, whipped cream canisters and compressed air for dusting electronics, also can cause a high.

Although inhalants are dangerous, Ross said teen usage is dropping. About 8.9 percent of Clark County high school students tried it at least once, according to the 2013 Clark County Youth Risk Behavior Survey.

“A depressing fact is that one out of every three people die the first time they try it,” Ross said. “It cuts off oxygen to your brain, and when you do that, you die very quickly.”

Teenagers can also experience a feeling of euphoria through the Choking Game, where individuals intentionally cut off oxygen to the brain through strangulation or self-induced hyperventilation.

“It’s where you’re choked until right before you pass out,” Ross said. “It’s dangerous because you’re cutting off the oxygen to your brain. If you pass out, you endanger your ability to ever come back from being unconscious.”

While household items are not typically considered illegal, using or possessing any drug, chemical, poison or organic solvent to induce euphoria or hallucinations is unlawful under state law, according to Metropolitan Police Department spokesman Larry Hadfield.

“Like anything else, parents should monitor the household,” he said. “If you notice things disappearing, like a cleaning solvent, and you or any other adult in the house hasn’t used it in months, that could be a sign.”

Although household items can be used as alternatives to drugs, Ross said marijuana and prescription pills are still the most common drugs abused by teenagers.

Despite its legalization in some states, marijuana is still viewed as a “gateway drug” to harder substances. About 37 percent of high school students have tried marijuana at least once, according to the risk behavior survey.

About 16.7 percent of high school students have taken prescription medication without a doctor’s consent.

“When I talk to kids, I tell them not a single one of them is ever going to say, ‘I’ve never tried a single drug in my life, but today, I’m going to shoot heroin,’ ” Ross said. “But when you’re popping Vicodin, Lortab or Oxycontin, it’s almost identical to heroin. When you wouldn’t snort, smoke or shoot heroin, you wouldn’t want to start taking these pills just for (fun).”

The best method of prevention is for parents to constantly talk to their children about drug use and abuse, Ross said. Parents should also be aware of drug trends so they know what to look for.

“You can lock up your whole house, but if a teen really wants something, they’re going to find a way to get it,” Ross said. “An ounce of prevention is worth a pound of cure. You can’t put your kid in a bubble.”