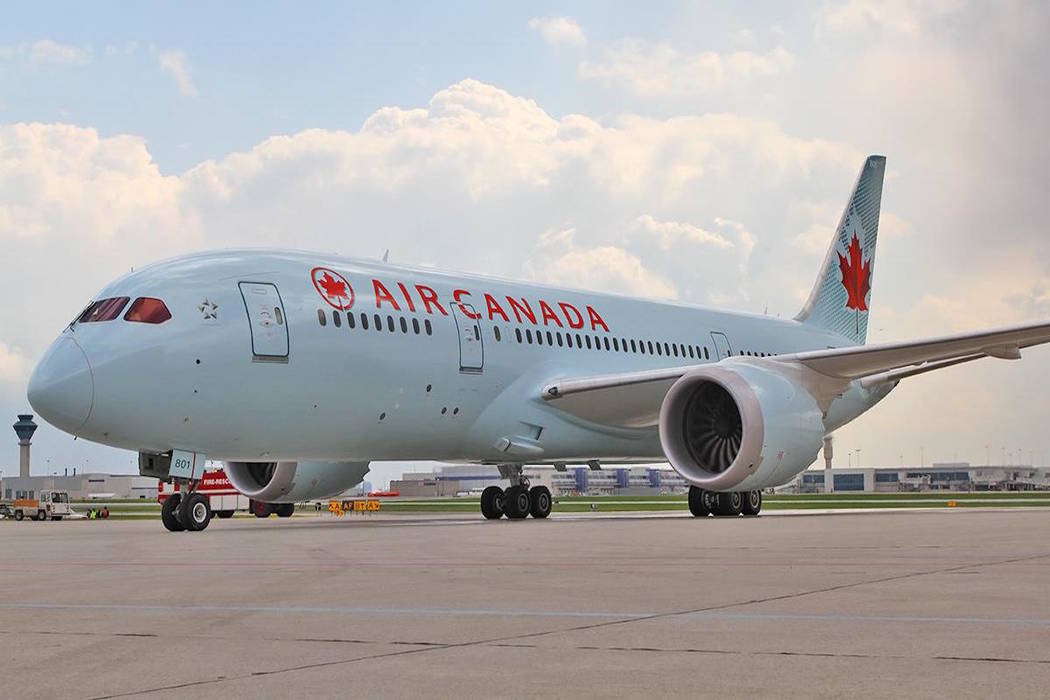 An Air Canada flight reported fumes in the cabin and returned to McCarran International Airport in Las Vegas shortly after take-off on Saturday. (Air Canada/Facebook)

A flight from Las Vegas to Toronto returned to McCarran International Airport shortly after takeoff this weekend after reports of fumes in the plane’s cabin.

About 2:20 p.m. Saturday, Air Canada flight 1852 declared an in-air emergency after the crew reported concerns regarding fumes, according to Christine Crews, McCarran spokeswoman.

No passengers were treated for injuries, Crews said.