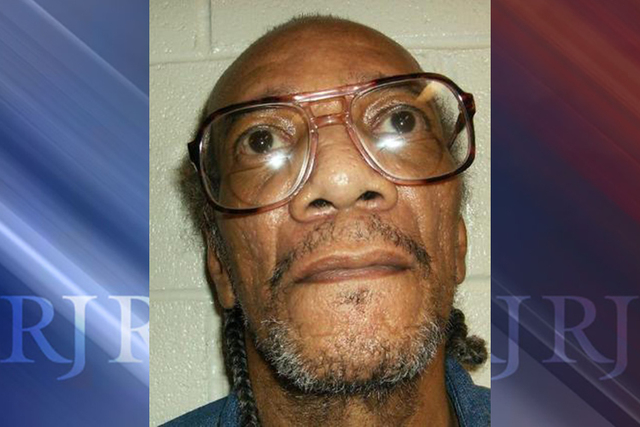 The murder conviction and death sentence of Billy Ray Riley were overturned Friday by a federal appeals court. (Courtesy Nevada Dept. of Corrections)

The murder conviction and death sentence of a Nevada inmate were overturned Friday by a federal appeals court.

Billy Ray Riley, now 64, was convicted of the robbery and murder of Albert “Ramrod” Bollin in 1990 in Clark County District Court. Riley shot Bollin, a drug dealer, in the chest with a shotgun.

According to an opinion issued Friday by a three-judge panel of the 9th U.S. Circuit Court of Appeals in San Francisco, a jury instruction given at the trial violated Riley’s right to due process.

“The instruction defined deliberation as a part of premeditation, rather than as a separate element,” according to the opinion, which was authored by Judge Stephen Reinhardt.

Because Nevada law treated deliberation “as a distinct element of first-degree murder” at the time Riley was convicted and at the time his conviction became final, Reinhardt wrote, the instruction “constituted a due process violation under the United States Constitution.”

“The jury was presented with significant evidence of Riley’s cocaine intoxication and emotional agitation — evidence which might well have created a reasonable doubt as to whether the murder was committed with deliberation as well as with premeditation,” according to the ruling.

The District Court previously denied Riley’s petition for a writ of habeas corpus, which challenged his murder conviction and death sentence. The appeals court reversed that decision and sent the case back to District Court with instructions to grant Riley’s petition, “unless the state of Nevada elects to pursue a new trial within a reasonable amount of time.”

Riley, who is housed at Ely State Prison, did not challenge his robbery conviction. Because he was found to be a habitual criminal, he was sentenced to life in prison without the possibility of parole for that crime.

According to a footnote in the appeals court’s opinion, the record in the case “reflects multiple instances of egregiously deficient performance on the part of Riley’s trial counsel, with respect to both the guilt and penalty phases, due at least in part to the seriously inadequate public defense infrastructure in Clark County some quarter of a century ago.”