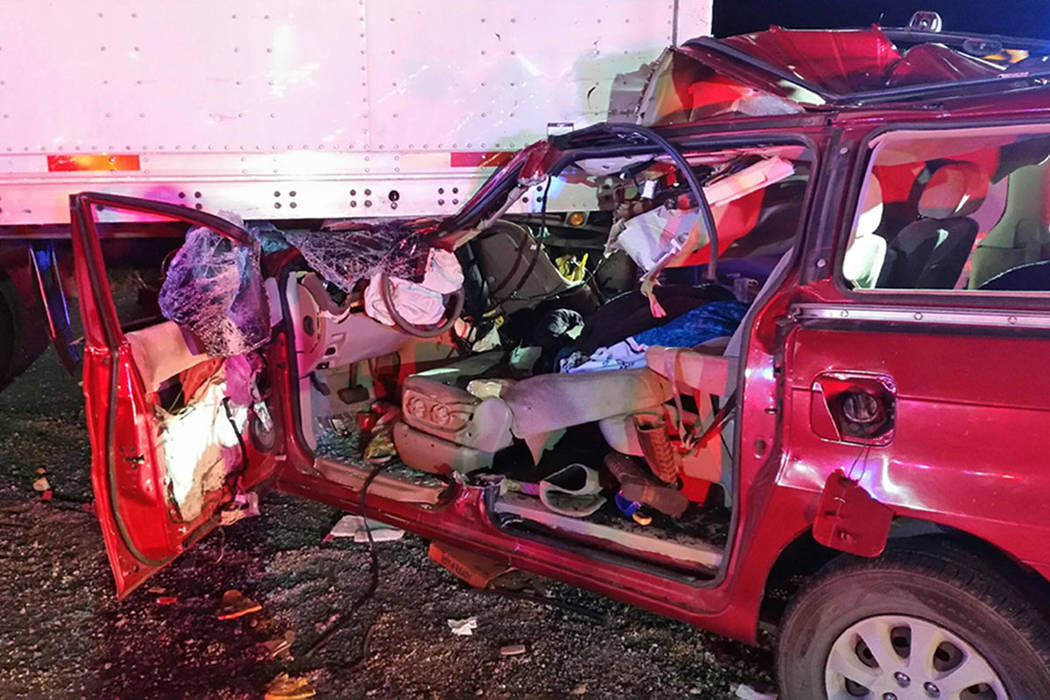 Scene of the crash on Interstate 15 (Nevada Highway Patrol) 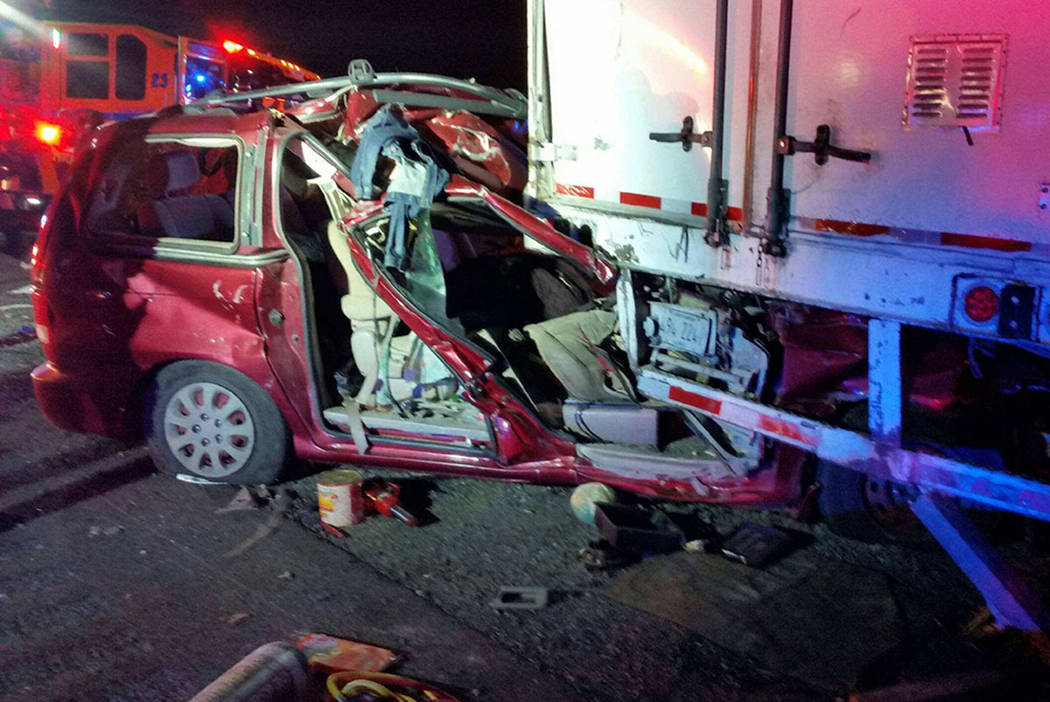 Scene of the crash on Interstate 15 (Nevada Highway Patrol)

Two juveniles were hospitalized when a semitrailer pinned them in a van after a crash Sunday north of the Las Vegas Valley.

The crash occurred just after 4 p.m. in the northbound lanes of Interstate 15 at mile marker 77, near Moapa, Nevada Highway Patrol spokesman Jason Buratczuk said in a statement.

No other details were immediately available.