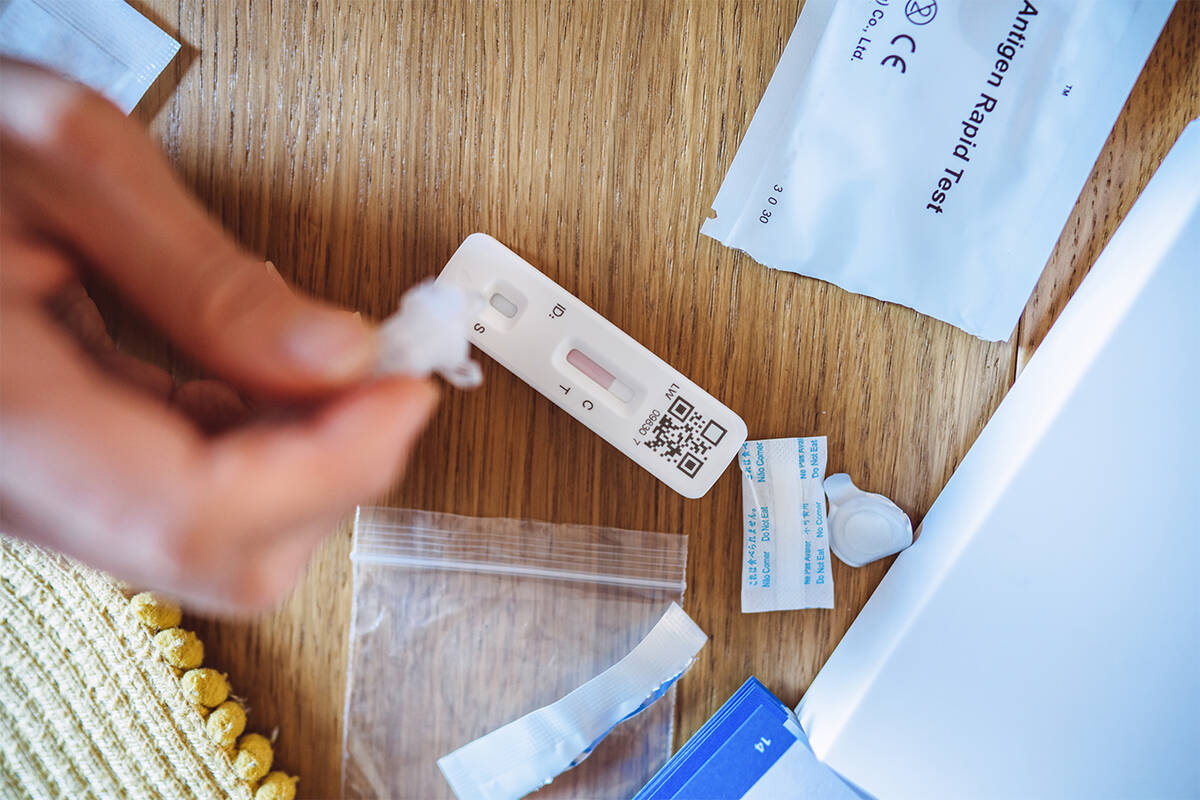 The Nevada Hospital Association warned Wednesday that hospitalizations in Clark County are still increasing and staffing levels remain at “crisis,” the highest level in the trade group’s risk table.

While cases and the test positivity rate have dropped in the past week, hospitalizations and death numbers in Clark County have continued to increase.

That’s to be expected, because test positivity rate and case rate often lead the other metrics, either at the beginning or end of a surge. But it signified that numbers are still very high, even as the county appears to have reached the peak of the current omicron-driven surge. Omicron is now responsible for 99 percent of cases in Nevada and 100 percent of cases in Clark County, according to data from the Nevada State Public Health Laboratory.

“We’re always concerned, because obviously the infectious nature of omicron, it’s not necessarily a mild disease for the entire community,” said Cassius Lockett, director of disease surveillance and control for the Southern Nevada Health District. “For some of the community that may be immunocompromised, that may have underlying health conditions, it can be deadly. And so, if cases continue to surge or we experience another surge, we can expect more severe hospitalizations and deaths.”

The number of people hospitalized with confirmed or suspected cases of COVID-19 in the county stood at 1,685 on Wednesday, 20 more than Tuesday. That number has more than doubled in the past month.

Also on Wednesday, the county reported 2,540 new coronavirus cases and 35 deaths. That brought totals posted by the Southern Nevada Health District to 463,850 cases and 6,802 deaths.

The two-week moving average of daily fatalities stood at seven Wednesday. That number was at two per day in late November, before the current surge started. It did not increase at nearly the same rate that cases and test positivity rate did, as omicron has proven to be less severe than previous variants.

The two-week moving average of daily new cases dropped from 2,849 on Tuesday to 2,645. The county’s 14-day test positivity rate, which tracks the percentage of people tested who are found to be infected, decreased by 0.7 percentage point to 36 percent in Wednesday’s update.

The downturn in test positivity rate is a sign that the surge is on its way down, but numbers are still well above even the peak of the state’s previous largest wave in late 2020.

Kevin Dick, district health officer for Washoe County’s health district, said Wednesday that people still need to be cognizant of the disease, even if the current surge has peaked.

“Even if we are hitting the peak, it’s important that people not let their guard down with this incredible number of cases,” he said. “Omicron is out in our community, and people have a very large chance of coming across somebody that’s infected.”

The state saw similar trends as Clark County, reporting 3,480 new cases and 40 deaths over the preceding day. That brought totals posted by the state Department of Health and Human Services to 607,653 cases and 8,837 deaths.

State and county health agencies often redistribute daily data after it is reported to better reflect the date of death or onset of symptoms, which is why the moving-average trend lines frequently differ from daily reports and are considered better indicators of the direction of the outbreak.

In the state’s other closely watched metrics, the 14-day test positivity rate decreased 0.4 percentage point to 34.7 percent, while the number of people hospitalized with confirmed or suspected cases of COVID-19 increased by six, to 1,977.

As of Wednesday, state data showed that 55.62 percent of Nevadans 5 and older were fully vaccinated, compared with 55 percent in Clark County.