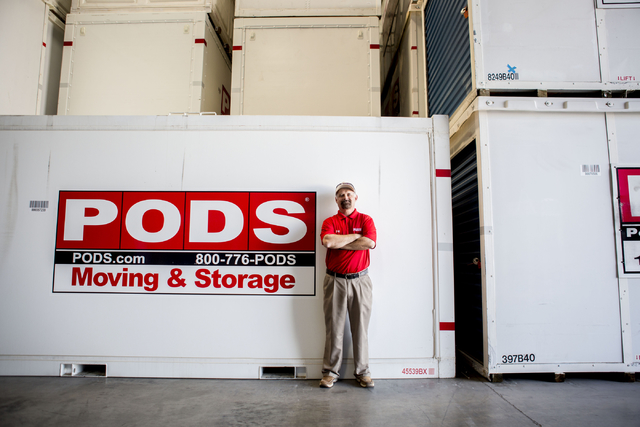 Headquartered in Sydney, Australia, Tissue Life is a biomedical device manufacturer. The company processes human tissue — donated after death by next-of-kin — and then distributes the tissue to medical device companies and to hospitals and surgeons for tissue transplants.

The global orthopedic devices market is set to exceed $53 billion by 2024, according to Global Market Insights research.

Tissue Life plans to hire 16 new employees in its first two years of operations, at an average hourly wage of $40.26. The company leased a 21,614 square foot facility in Las Vegas, on the corner of South Eastern Avenue and East Sunset Road, and make a capital investment of $5,000,000 in equipment.

The Governor’s Office of Economic Development on Tuesday approved about $221,386 in tax abatements to Tissue Life. The company is estimated to generate more than $17.1 million in new tax revenue over 10 years.

The board also approved tax abatements for the following companies:

— Xtreme Manufacturing LLCwill receive about $952,706 in tax abatements and is estimated to generate about $14.3 million in new tax revenue over 10 years. The company plans to expand its existing operations in Henderson, where it manufactures construction equipment including lifts, loaders and telehandlers. Xtreme Manufacturing plans to expand its current staff of 173, hiring 204 new employees within the next two years at an average hourly wage of $18.67.

— Virtual Guard Inc. will receive about $251,505 million in tax abatements and is estimated to generate about $17.1 million in new tax revenue over 10 years. Virtual Guard is a video monitoring company, which plans to relocate its headquarters from Los Angeles, California to a location in Clark County as early as later this year, citing an “unfriendly economic environment” in California in its tax abatement application. The company plans to hire 80 new employees within its first two years of operations, making an average hourly wage of $22.31. The company plans to rent or buy an existing facility, ranging from 5,000 to 10,000 square feet depending on whether the space is leased or bought. Virtual Guard is slated to make a capital investment of just under $356,000, according to its tax abatement application.

— PRA Group Inc. will receive about $274,876 in tax abatements and is estimated to generate about $14.2 million in new tax revenue over ten years. PRA is a publicly traded debt buyer based in Norfolk, Virginia. The company plans to lease about 30,000 square feet in Henderson for a call center facility. The call center is slated to be operational by Oct. 31, and employ 150 people within the first two years, and 330 within five years, at an average hourly wage of $19.05.

— Advanced Aviation Reno Inc. will receive about $356,192 in tax abatements and is estimated to generate about $2.5 million in new tax revenue over 10 years. The aircraft maintenance shop and flight school opened a facility at the Reno-Tahoe International Airport in Reno in July. The company plans to hire nine employees in the first year at an average hourly wage of $26.22

—ERG Aerospace Corp. will receive about $330,288 in tax abatements and is estimated to generate about $3.2 million in new tax revenue over 10 years. The company, researches, designs, develops and manufactures materials and components for the aerospace, national defense, semiconductor manufacturing, biotech, and other high technology industries. ERG currently has facilities in Oakland, California, and Sparks. The company plans to relocate its current operations in Oakland, California, to Nevada and subsequently make Nevada its headquarters. The company plans to invest over $2.1 million in capital equipment for their new facility, and plans to hire 13 employees during their first year of operations at an average wage of $30.92 per hour. The target date for the company’s physical move is the second quarter 2018, with operations to commence in the same quarter, according to the company’s tax abatement application.

— Moving and storage company PODS Enterprises LLC, or Portable On Demand Storage, will receive about $$353,852 in tax abatements and is estimated to generate about $15.5 million in new tax revenue over 10 years. The company plans to locate a sales and service operation in Reno, with the intent to outgrow its operations site in Clearwater, Florida, according to its tax abatement application. PODS plans to invest over $1.1 million in capital equipment and plans to hire 308 employees by the end of 2020 at an average hourly wage of $19.78.