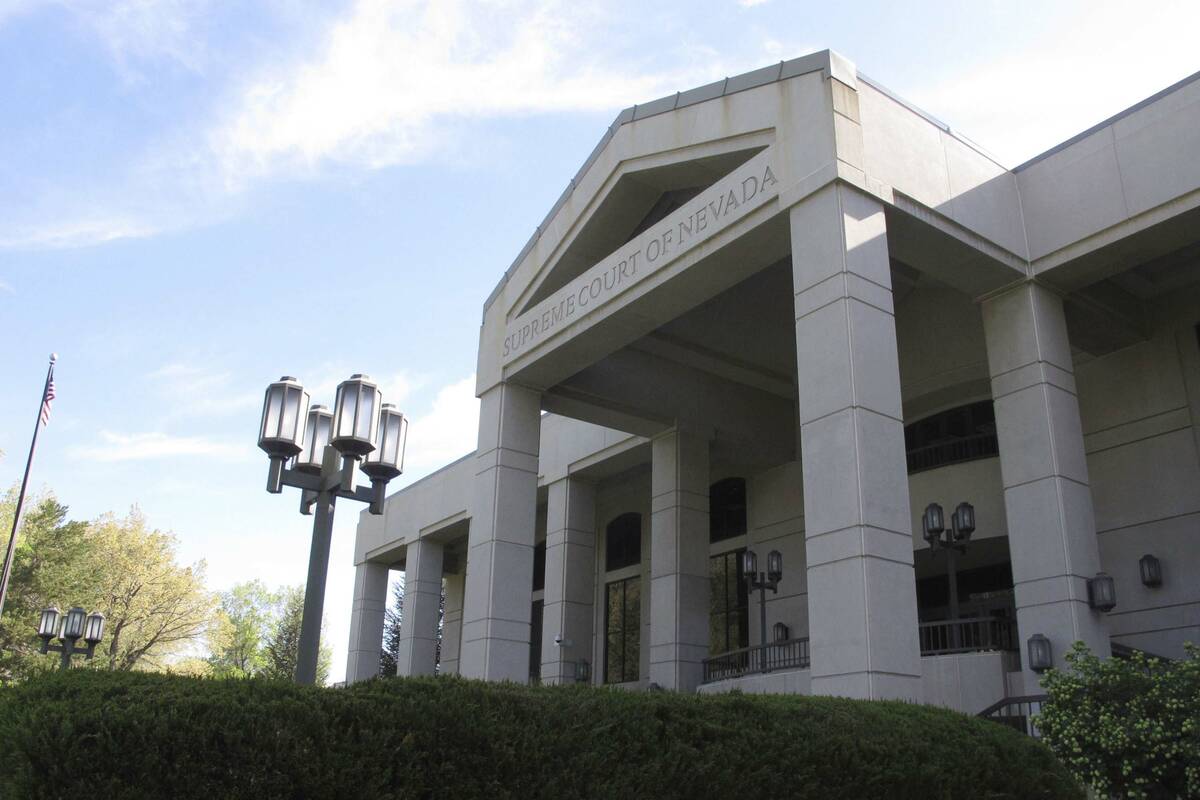 The Nevada Supreme Court has ruled that employees have the right to sue employers if they are fired for using medical marijuana outside of work.

Attorney Christian Gabroy said the case is a “game changer” for medical marijuana.

“This potentially has the ability of being a watershed case to really help thousands of Nevada’s patients that need their medication,” he said.

The opinion came after Gabroy’s client, James Roushkolb, sued his employer, Freeman Expositions LLC, in November 2019 for firing Roushkolb after he tested positive for marijuana.

Roushkolb was required to take the drug test after a large piece of plexiglass fell and shattered while he and another worker were tearing down a convention exhibit, and he was fired in spite of having a valid state-issued medical marijuana card, according to court documents.

The company filed an appeal with the Supreme Court after a district judge failed to dismiss multiple claims in the lawsuit, according to the opinion published Thursday.

“Freeman Expositions and Roushkolb both argue that this court should clarify Nevada’s laws regarding medical cannabis in the employment context. We agree,” the justices wrote.

Law enforcement agencies are exempt from the state law requiring accommodations, according to the opinion.

Attorneys for Freeman Expositions declined to comment on Friday.

Roushkolb’s attorneys believe that the ruling is the first in the nation from a state Supreme Court to specify that an employee has a “private right of action,” or the right to sue, over a lack of accommodations for medical marijuana, said attorney Kaine Messer.

The Supreme Court ruled that the lower court should have dismissed the lawsuit under claims of unlawful employment practices, tortious discharge and negligent hiring, training and supervision, but that the lawsuit should move forward under a claim that Freeman Expositions violated Roushkolb’s medical needs.

Gabroy said he plans to argue in District Court that Roushkolb should be reinstated to his position with full compensation and back pay.

Roushkolb is a former sheriff from Ohio who suffers from chronic pain after he was severely injured on the job, Gabroy said. He also suffers from post-traumatic stress disorder and anxiety and was prescribed medical marijuana when he moved to Nevada.

Gabroy said that after Roushkolb was fired, he struggled to pay rent and take care of his elderly father. Medical marijuana gave Roushkolb a “baseline for him to survive,” and firing him for using the drug was discriminatory, Gabroy argued.

“It’s retaliatory, and it’s really not recognizing science,” he said.

The Supreme Court previously has ruled that employers are able to restrict workers’ use of recreational marijuana, but that does not apply to medical marijuana, according to the opinion.

Messer said Friday that Nevada has “drawn a very clear line” between recreational and medical uses for the drug.