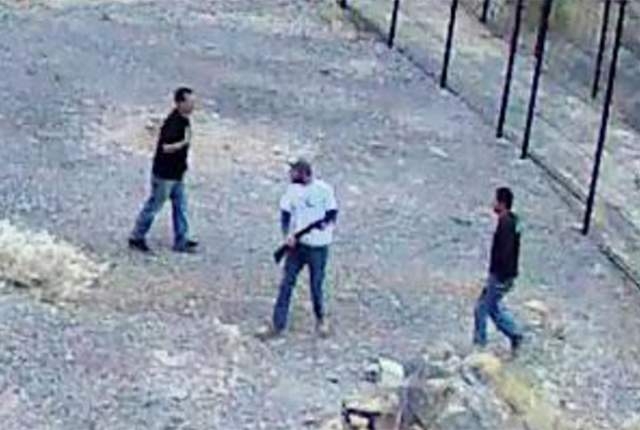 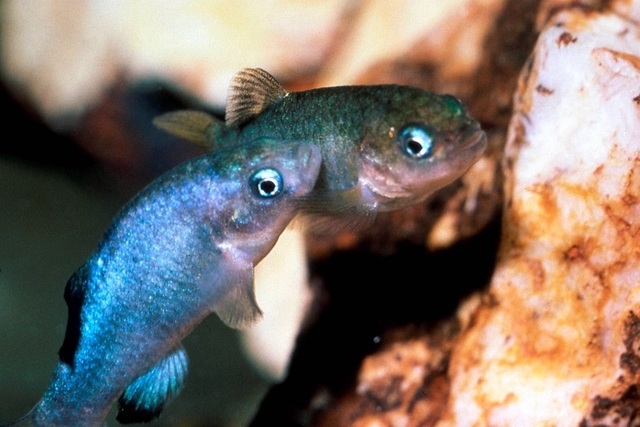 Three men may be facing federal charges after at least one critically endangered fish was killed April 30 during a drunken dip in Death Valley National Park’s Devils Hole, the fish species’ only natural habitat on Earth..

The interviews matched some of what security footage at the habitat for the federally protected Devils Hole pupfish showed:

A group of three men jumped the habitat’s fence — clearly marked as a protected area.

The men shot off an electronic security sensor with a shotgun, shot up a sign, damaged two surveillance cameras and shot two gate locks before ramming the gates with an off-road vehicle.

Once inside, at least one of the men stripped down as they all entered the water-filled cavern.

They then “stomped around the shelf area of the critical ecosystem before swimming around the deeper water, leaving behind a pair of dirty underwear when finished.”

Afterward, park employees collected the pair of boxer shorts floating in the water for evidence, along with both vomit and beer cans littered in the area nearby.

Officials believe at least one of the fish died, and biologists are currently “trying to ascertain the extended damage that may have been done to food sources and egg sites,” said Nye County spokesman David Boruchowitz. The damage could lead to more loss of life for a species whose numbers in the wild are at about 115, according to the latest count in April.

The men have not been arrested and currently do not face charges, but Boruchowitz they may be facing federal charges in the future because the habitat is federal land.

Those charges could include conspiracy to commit a crime, destruction of property, trespassing, destruction of habitat, killing of an endangered species — a felony — and because at least one of the men interviewed is a felon and is not permitted to own a gun or be involved with people who own a gun, a charge of possessing a firearm as an ex-felon may be added.

Boruchowitz did not name which man interviewed is a convicted felon, but court records show Sargent previously pleaded guilty to attempted burglary — a felony — in 2012 and was sentenced to a minimum of 12 months in prison in 2013.

The Park Service initially offered a $5,000 reward for any information leading to an arrest. The joint investigation showed Schwinkendorf owned the off-road vehicle shown in the security footage, which led authorities to interview him and eventually to both Reyes and Sargent.

The men were apparently drinking and shooting rabbits in the area before the break-in. Reyes admitted he was in the video but deferred to a lawyer, Boruchowitz said, and Boruchowitz did not elaborate on what Sargent may have said in his phone interview.

A break-in of this magnitude hasn’t happened in about 20 years, park officials previously told the Review-Journal.