A broad group of conservationists, state lawmakers and tribal members on Tuesday called for the federal government to arrest the Southern Nevada leaders and self-styled militiamen leading the armed occupation of an Oregon wildlife refuge headquarters.

Battle Born Progress, the state advocacy group leading the call from Nevada, is also sending a care package to U.S. Fish and Wildlife officers based in Oregon to show their appreciation for handling the standoff.

Ammon Bundy and Ryan Bundy, the sons of Bunkerville rancher Cliven Bundy, overtook the Malheur National Wildlife Refuge’s headquarters in southeastern Oregon on Jan. 2. Since then, the group has occupied the complex of about 12 buildings with armed, self-styled militia protesters and has held nearly daily press conferences.

At the press event at Inside Style, 1119 S. Main St. in Las Vegas, a sign said: “We’re sorry Oregon. For exporting the Bundys.” The group is also starting a petition asking the Justice Department to prosecute the Bundys and their armed supporters.

“It was never their land to begin with,” Atkinson said.

Anderson said the protesters, despite calling themselves “patriots,” are the opposite by ignoring the law.

“These people need to be put in jail once and for all,” Anderson said.

The Bundys couldn’t immediately be reached for comment Tuesday.

The Bundys started the Oregon protest because of the case of Oregon ranchers Dwight Hammond Jr. and his son Steven Hammond. A jury convicted the Hammonds in 2012 of starting fires on public lands, burning about 140 acres. Federal prosecutors said the fires were set to hide poaching. The Hammonds, who turned themselves in two weeks ago to start five-year federal prison sentences, said the fires were set to protect their property from invasive plants and wildfires.

Besides calling for the Hammonds to be freed, the Bundys have said the lands in Harney County, Oregon, must be transferred from the federal government to locals.

William Anderson of the Moapa Band of Paiutes and Fawn Douglas of the Las Vegas Paiute Tribe said Bundy-led claims to federal public land ignore history and that tribal people predated ranchers. That’s the case in Oregon and Gold Butte in Southern Nevada.

The Bundys are also tied to an armed standoff in April 2014 near Bunkerville. Cliven Bundy, backed by armed protesters, had an armed standoff with federal agents who rounded up his cattle because he didn’t pay grazing fees for using public federal lands in Gold Butte. Federal agents released the cows and no shots were fired. No one has been charged in the standoff.

“This is our land and this has been our land for many, many years,” William Anderson said.

The 2014 standoff loomed over the press event, which featured a polystyrene cutout of Cliven Bundy and a cow.

Tygel Pinto, a Sierra Club volunteer and Navajo Nation member and Robert Buntjer, board chairman of the Nevada Conservation League, also joined the group calling for the situation’s resolution.

The Bundys’ reception in southeastern Oregon has been mixed. Although some ranchers have visited them at the occupation site, the Harney County sheriff has urged the group to go home before anyone gets hurt. Federal law enforcement has been largely quiet on the issue, but officials have said they are monitoring the situation. 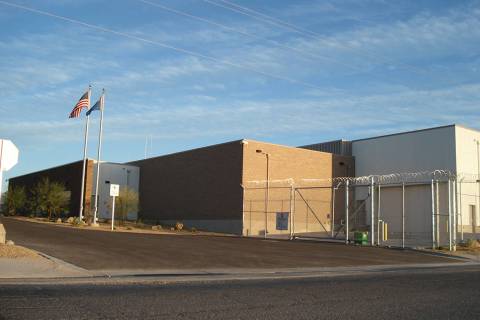 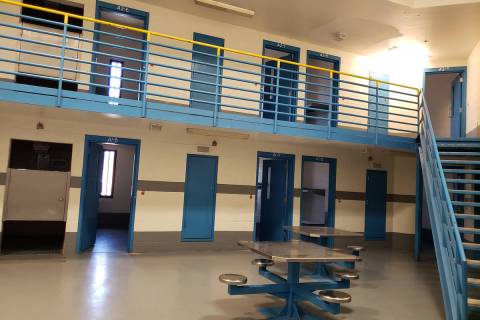 Capt. David Boruchowitz, who oversees jail operations for the Nye County Sheriff’s Office, said that the respiratory illness had come on quickly in recent weeks.