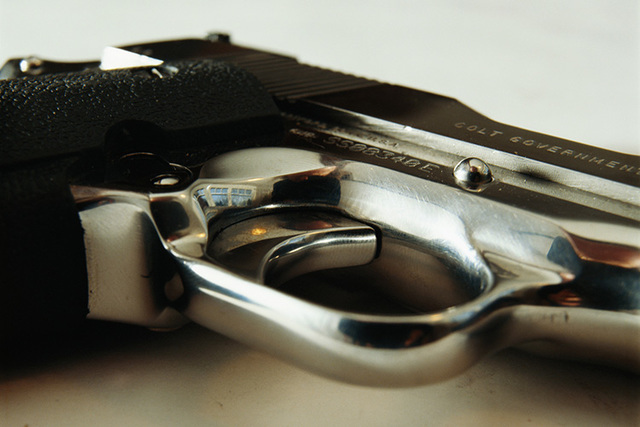 On Thursday, a federal appeals court in California ruled that Americans do not have a constitutional right to carry concealed weapons in public.

Here’s what some current and former Nevada elected officials had to say about the 9th Circuit’s decision:

“I am disappointed that the U.S. Ninth Circuit Court of Appeals today, in a deeply fractured opinion, refused to acknowledge what should be clear from the United States Supreme Court’s cases: that individuals have a Second Amendment right to carry a firearm outside their homes. The dissenting judges in the Peruta case got it right when they said: ‘The Second Amendment is not a “second class” constitutional guarantee.’”

“Today’s ruling underscores the need and legitimacy of commonsense gun reforms and gives law enforcement the tools to keep us safer in our communities. I also believe the court’s ruling demonstrates just how absurd it is for the NRA to scream Second Amendment rights at any effort to protect our citizens. We can respect the Second Amendment and protect our citizens if extremists like the NRA and Congressman Cresent Hardy are willing.”

“I applaud the Ninth Circuit Court’s decision to protect the safety of our community and our public spaces. We see too many tragedies because of senseless gun violence in this country every single day. I agree there should be a good reason for a responsible gun owner to carry a concealed weapon in public. While I support the rights of responsible gun owners, these are the types of commonsense measures to protect our communities that I will stand up for in Congress. Unfortunately, my primary opponents, Lucy Flores and Ruben Kihuen, both supported an NRA-backed law in 2011 that allows concealed weapons in public parks, putting our families and our community at risk.”

“Today the Ninth Circuit reaffirmed, as other courts have, that reasonable restrictions on concealed firearms do not violate the Second Amendment. The decision is a victory for proponents of common sense gun laws aimed at keeping our communities safe.”

“Obviously, I am very disappointed in the 9th Circuit Court ruling and sincerely hope that the plaintiff will appeal this case” to the Supreme Court. Wheeler said he agreed with Judge Consuelo Callahan’s dissent that “the defendant counties’ limited licensing of the right to carry concealed firearms is tantamount to a total ban on the right of an ordinary citizen to carry a firearm in public for self-defense.”

The Second Amendment, Wheeler said, “is not an amendment that means less, or should be taken more lightly than any other amendment in our Constitution.”

“Would these same judges treat the First Amendment so lightly if liberal speech were outlawed in a community? I hardly think so given their proclivity for liberal rulings. Once again, appointed judges are trying to write law from the bench.”