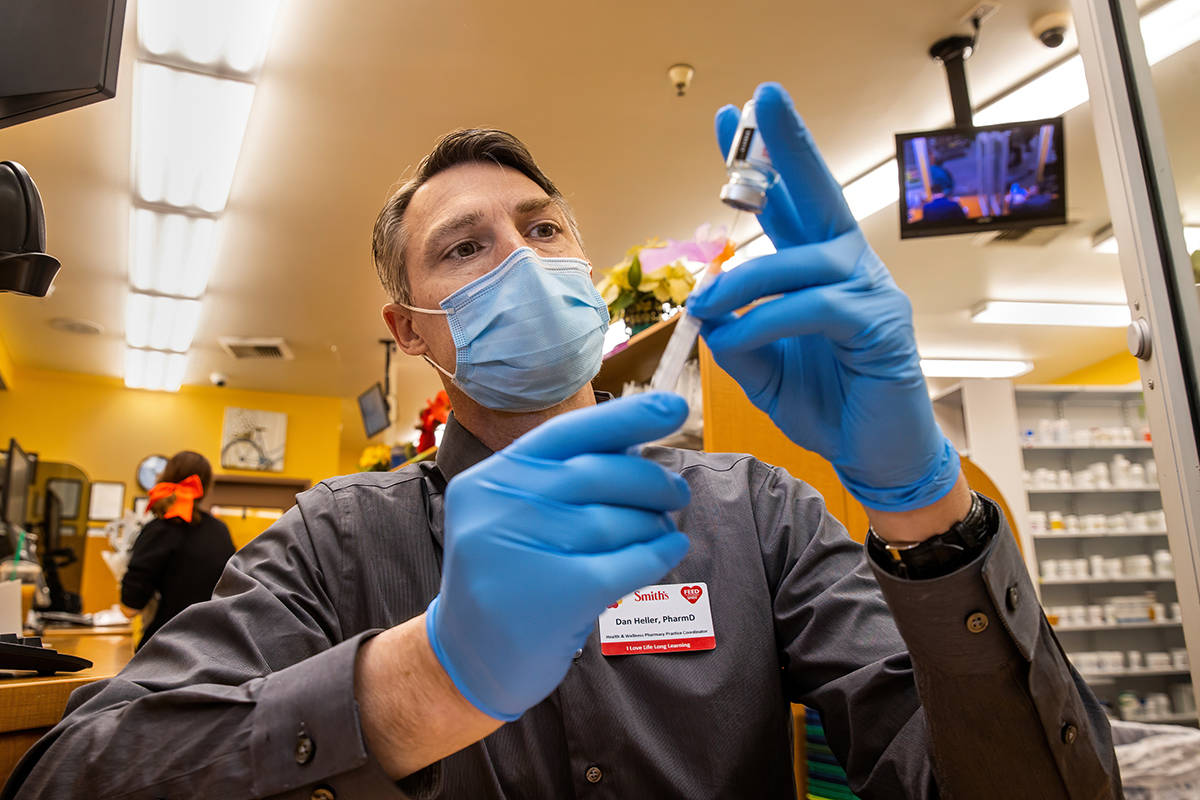 Updated data from the Department of Health and Human Services posted on the state’s coronavirus website pushed the COVID-19 case total to 341,292 and the death toll to 5,737.

New cases were well above the two-week moving average of new cases, which increased from 468 to 482. The average is up more than 262 percent from its recent low of 133 on June 10, state data show.

The deaths reported Wednesday also exceeded the average of three per day over the same period.

State data showed that Nevada’s two-week positivity rate, which essentially tracks the percentage of people tested for COVID-19 who are found to be infected, continued its recent significant rise, jumping 0.4 percentage points to 10.4 percent. That’s more than double the 5 percent level recommended by the World Health Organization to stop the spread of the disease

The data also showed that 780 people with either confirmed or suspected cases of COVID-19 were hospitalized in the state, an increase of 23 from Tuesday.

State and county health agencies often redistribute the daily data after it is reported to better reflect the date of death or onset of symptoms, which is why the moving-average trend lines frequently differ from daily reports and are considered better indicators of the direction of the outbreak.

New cases, the positivity rate and hospitalizations all have been increasing in recent weeks, particularly in Southern Nevada, which has been labeled as a “sustained hotspot” for COVID-19 by the federal government. Deaths have remained relatively flat over the period, though they too have been slowly rising.

Public health officials have said that the presence in the state of the so-called delta variant, a more contagious form of the coronavirus, has been largely driving the growth in new cases and hospitalizations, with unvaccinated residents accounting for nearly all of the new infections.

The Nevada Hospital Association said in its weekly update that public apathy is also fueling the rise in COVID-19 cases.

“The general population appears desensitized to the threat, and individuals are not following CDC guidelines related to mask wearing for unvaccinated persons or maintaining social distancing in crowded indoor locations,” it said. “Vaccinations have plateaued, and while most patients are unvaccinated, hospitals are seeing some breakthrough cases requiring advanced medical treatments.”

State data from July 8 shows that there have been 136 known “breakthrough” cases in Nevada. That data, which only tracks cases that cause hospitalization or death, refers to cases in people who have already been vaccinated.

Meanwhile, the Southern Nevada Health District reported 622 new COVID-19 cases in Clark County on Wednesday, bringing the local cumulative case total to 266,846. It also reported all six of the state’s deaths, bringing the number of deaths in the county to 4,545.

County numbers are reflected in the statewide totals.