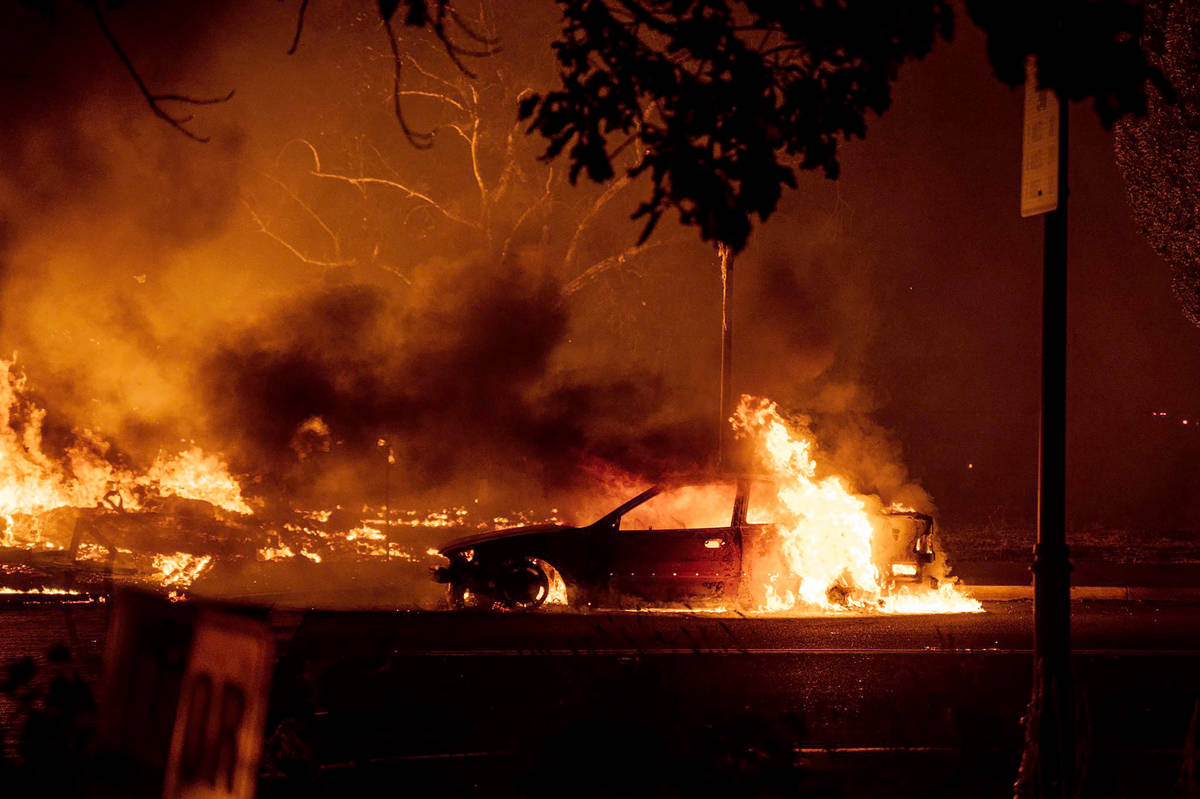 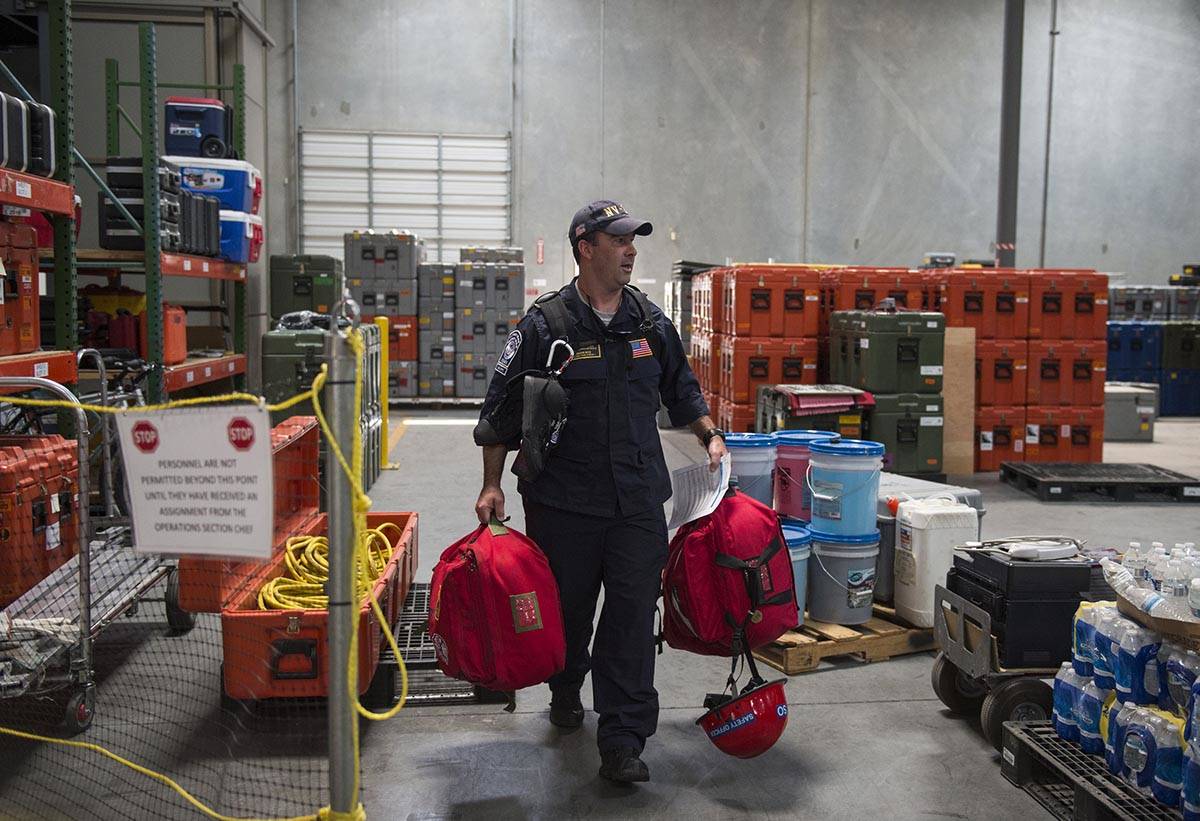 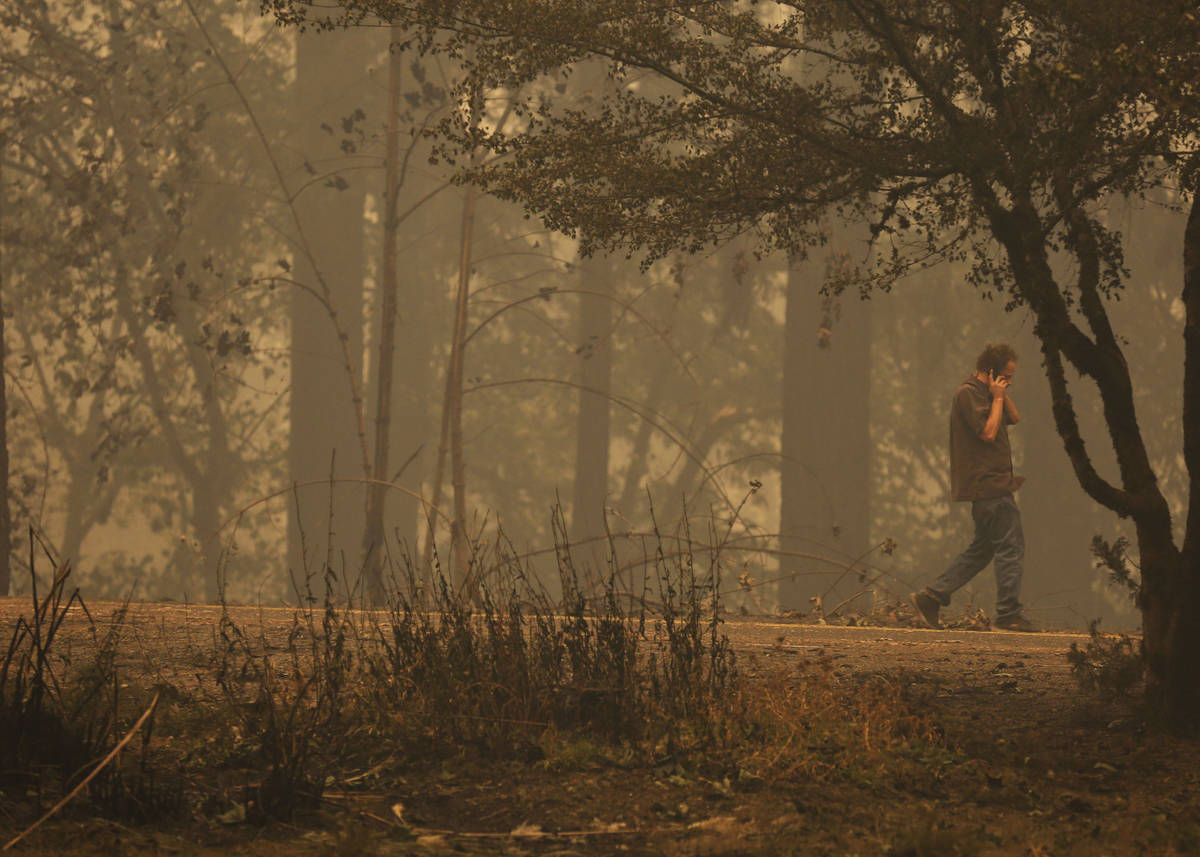 Chris Tofte talks on the phone after receiving news of the passing of his 13-year-old son Wyatt Tufte in Lyons, Ore. on Wednesday, Sept. 9, 2020. Dozens of people are reported missing in Oregon as two large, windblown wildfires rage across the state. At least four fatalities have been reported. Sadly, Wyatt and his grandmother, 71-year-old Peggy Mosso are among them. (Brian Hayes/Statesman-Journal via AP)

A local team of urban search and rescue experts has been activated and sent to Oregon to assist in the search for wildfire victims.

“Nevada Task Force 1 received an Activation Order to deploy a Canine Search – Human Remains Detection Team to Salem, Oregon. The Nevada team consists of a Search Team Manager, a Logistics Team Manager, an Intel Specialist, and two canines. Additionally, we deployed a Structural Specialist as a single resource in support of Utah Task Force 1 to assist with the same mission,” the statement said.

Pappa added that upon arrival, the task force “will be deployed by local and state authorities to conduct search operations to ensure no-one is left unaccounted for.”

Task forces from Utah and Washington also were activated. The teams could be there for two weeks.