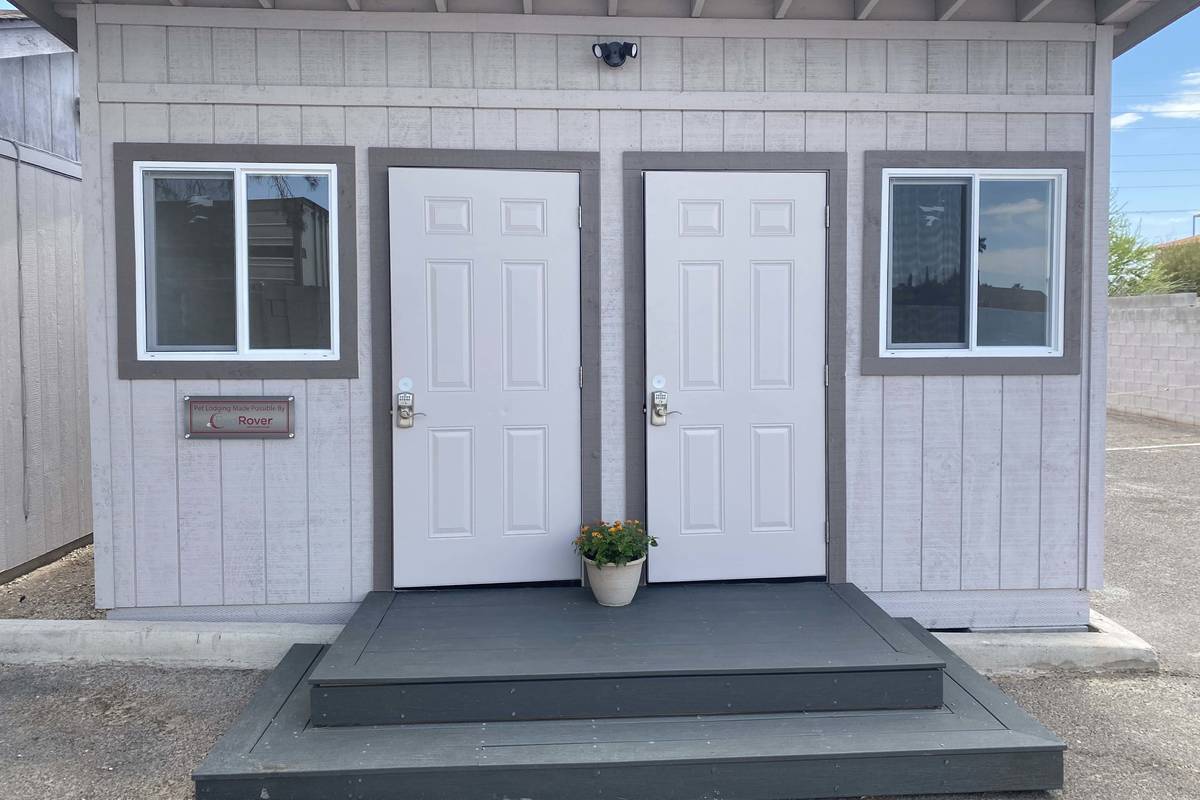 SafeNest's new confidential animal shelter is pictured on Wednesday, May 19, 2021. With the expansion, completed this month, the nonprofit is among 17 percent of domestic violence shelters in the United States that accommodate pets. (Laurie Cody) 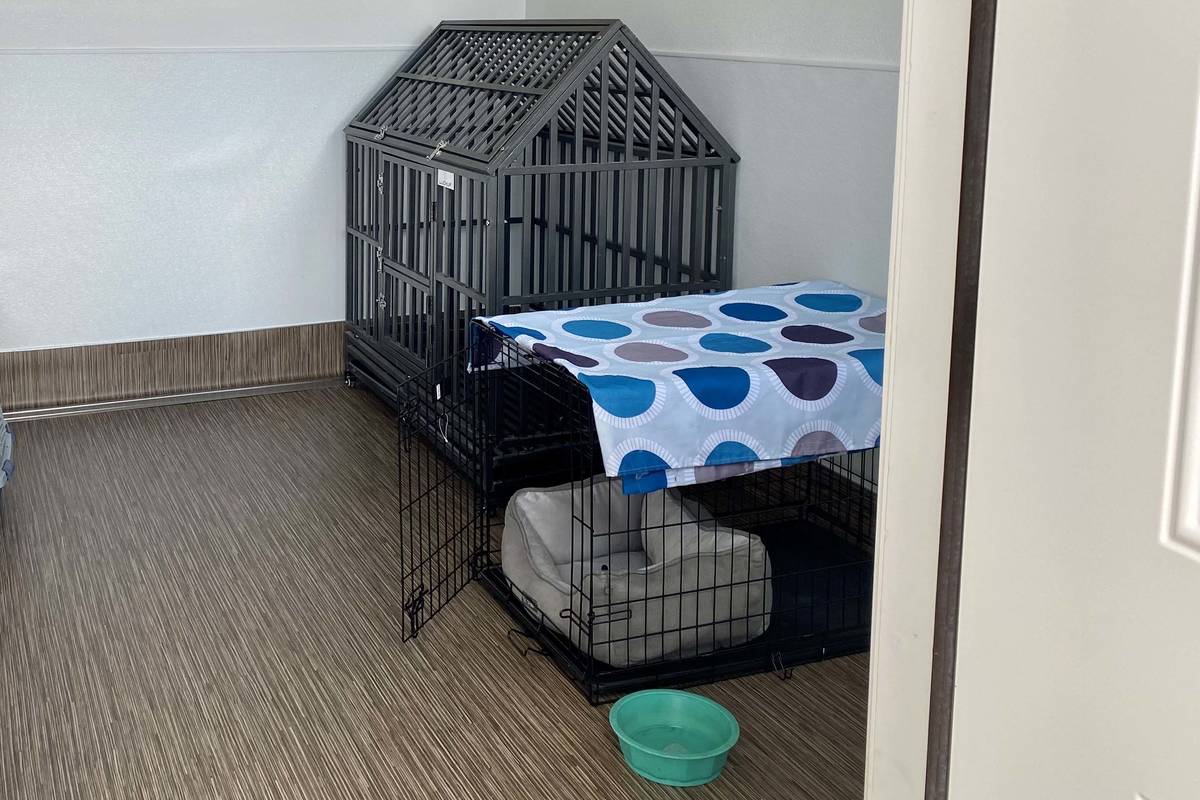 Animal crates are pictured on Wednesday, May 19, 2021, at SafeNest's new confidential animal shelter. With the expansion, the nonprofit is among 17 percent of domestic violence shelters in the United States that accommodate pets. (Laurie Cody) 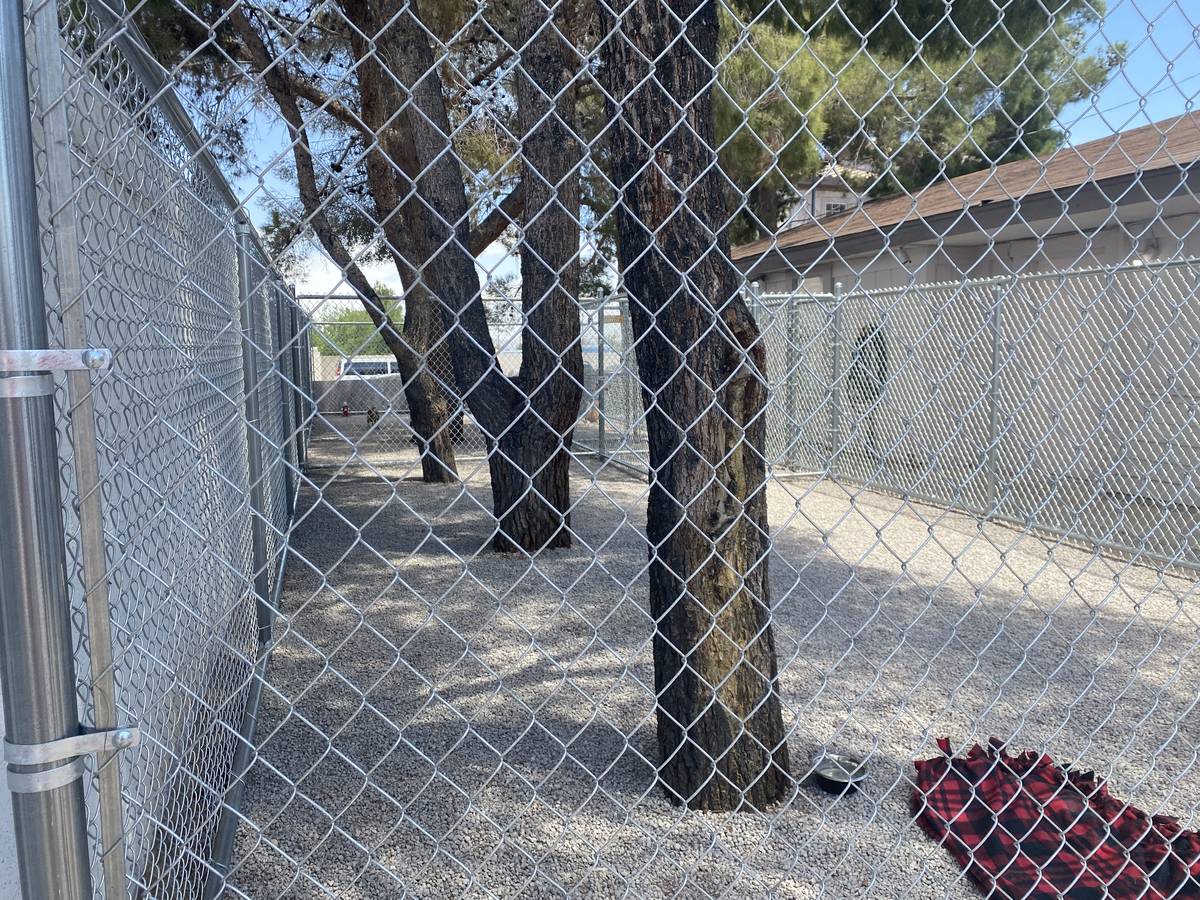 The landscaped yard of SafeNest's new confidential animal shelter is pictured on Wednesday, May 19, 2021. With the expansion, completed this month, the nonprofit is among 17 percent of domestic violence shelters in the United States that accommodate pets. (Laurie Cody)

When her relationship took a violent turn, the woman knew she needed to get out, but she could hardly bear the thought of leaving her two Chihuahuas behind.

Her partner knew that, too.

“He dangled it over my head,” said the woman, whose name is being withheld for her protection. “I stayed for my dogs, kind of like when couples stay together for their children.”

But one afternoon, the abuse reached a level she had not seen before.

“I literally picked my dogs up by their harnesses and practically threw them into the car and sped away,” she recalled on Friday in a phone interview with the Las Vegas Review-Journal. “I kind of knew in that moment I’d never go back.”

Her heart banged against her chest as she stepped on the gas. When the adrenaline finally settled, still driving aimlessly, the woman realized she had nowhere to go.

The woman’s partner eventually tracked her down at a hotel, and while she was out on a walk with her dogs, she said, he tackled her in a parking lot. Las Vegas police responded with an advocate from SafeNest.

“I thought my dogs would be an issue,” the woman said.

But by then, construction was underway on SafeNest’s on-site animal shelter, the location of which is kept secret. The nonprofit took them in.

As of this week, the woman and her two Chihuahuas have been at SafeNest for about four months, and construction on the pet housing — which includes two standalone housing units equipped with air conditioning and heat — was complete.

According to the National Coalition Against Domestic Violence, up to 40 percent of domestic violence victims in the United States report that they have stayed in abusive situations rather than leave their pets behind, and 71 percent of pet owners seeking shelter report that their abuser had threatened, injured or killed a family pet.

“Knowing we were not able to serve that subset of victims who aren’t able to leave their pets was the catalyst for all of this,” Christy Shannon, SafeNest’s chief operating officer, told the Review-Journal.

This year alone, SafeNest has provided shelter to 20 dogs and cats, two lizards and a rabbit.

Planning for the animal shelter began in earnest in 2018, according to Shannon. With no idea where to start, she and her team turned to another local nonprofit, The Animal Foundation, for advice.

“We’ve been happy to help them out, and happy that their staff cared enough to learn about the best animal care practices,” said Kelsey Pizzi, a spokeswoman for the foundation.

Pizzi said they advised SafeNest on a range of topics, including kennel sizing, the recommended time for animals to stay in a kennel and pet bedding.

Together, the two nonprofits also created a volunteer foster program, which launched in October 2019, to accommodate pets that have been in abusive homes.

“It’s really crucial for agencies like ours to build community partnerships and to find a way to support all members of a family — including the pets — who are trying to heal from abuse,” Shannon said.

On a recent morning in May, Shannon, a pet owner herself, crouched underneath the shade of a tree outside SafeNest’s animal shelter. As she pet the two Chihuahuas that have been under their care for months, the dogs wagged their tails.

Pet owners seeking shelter or resources may contact SafeNest through its 24-hour hotline at 702-646-4981. Victims unable to get to a phone also may chat with a victim advocate at www.safenest.org.

The health district’s announcement comes on the heels of the Food and Drug Administration authorizing the booster shots of the Moderna and J&J vaccines.