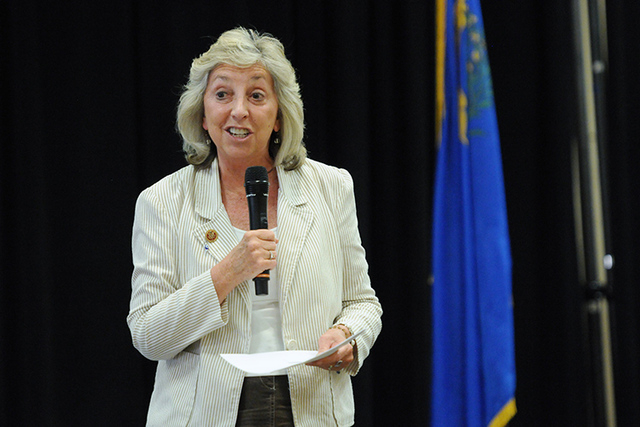 WASHINGTON — Rep. Dina Titus, D-Nev., joined a handful of lawmakers from the United States and Mexico at the border on Friday to talk about the surge north of unaccompanied children from Central America.

In a telephone call with reporters from the Texas border, Titus said there has been a dramatic drop in crossings since the humanitarian crisis made headlines a month ago.

“Very few children are here because those numbers have declined so much,” she said.

A major crackdown by Mexico has cut the number of child migrants and families crossing into the United States.

From October to July, about 63,000 unaccompanied children were detained after entering the U.S. illegally, double the number from the same period a year earlier. Another 63,000 families — mothers or fathers with young children — were picked up during that period.

There were no Central American children in the government shelter in Reynosa, across the border from McAllen, Texas, coordinator Jose Guadalupe Villegas Garcia said Thursday. During the surge, at any one time the shelter housed about 15 Central American kids who had been apprehended or rescued by Mexican authorities before crossing the Rio Grande. Officials say the children are being caught long before they get to the border.

While the numbers are down now, Titus said that it is hard to say whether the trend will continue. She said more should be done to encourage economic investments in El Salvador, Honduras and Guatemala where most of the migrants have come from.

She also said that more immigration judges are needed to process the cases.

“Even though children are no longer in (temporary) facilities and the numbers have gone down considerably, they are still in limbo — including 175 in Nevada,” she said. “They need to have a fair chance to make their case whether they need asylum or not.”