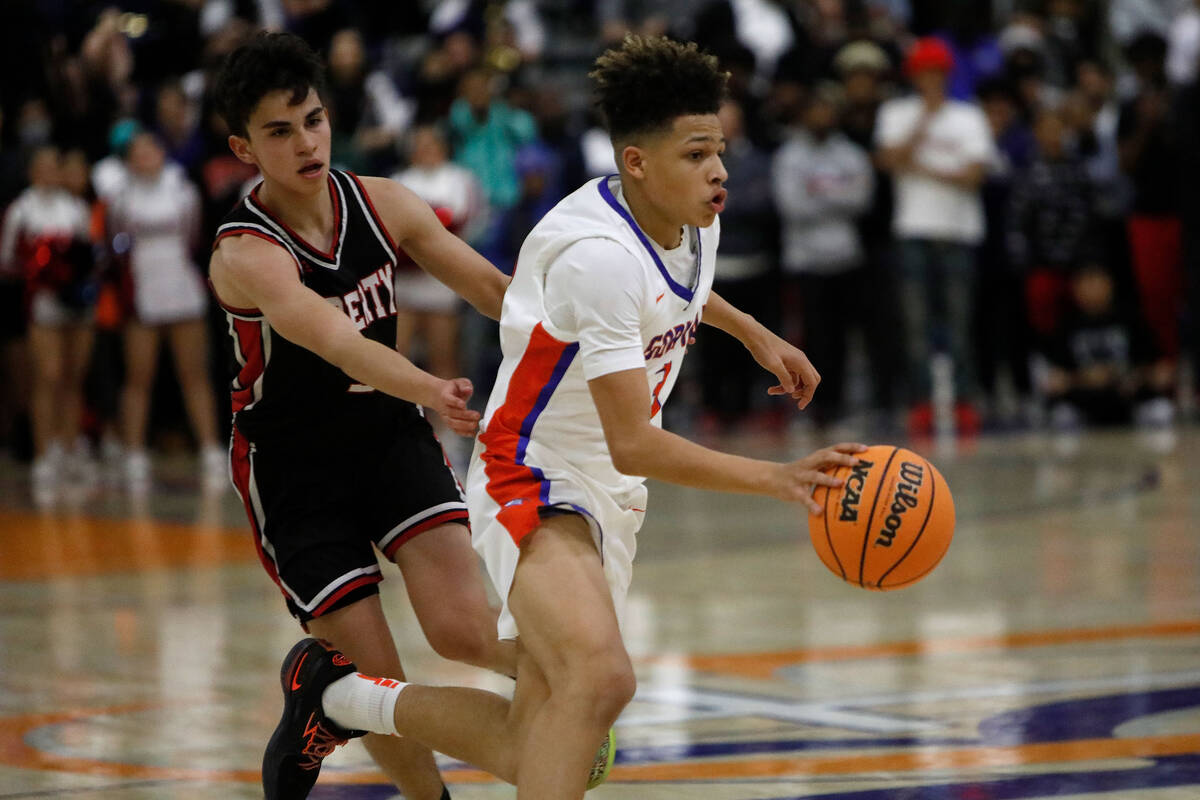 But the Rattlers turned the ball over 10 times in the first quarter, and the Gaels, ranked ninth in the nation by MaxPreps, were red-hot from the perimeter en route to a 71-41 home win.

The Gaels (3-0) scored 13 points off turnovers in the first quarter, then scored the first 18 points of the second quarter to completely take control.

Christopher Nwuli’s 3-pointer from the top of the key capped Gorman’s 24-0 run that dated back to the first quarter and pushed the lead to 42-9 with 4:54 to go in the half.

Less than two minutes later, John Mobley hit his fourth 3-pointer of the half to push the lead to 50-15 and trigger the running clock.

“John Mobley got hot in the first half tonight,” Rice said. “And then it was good to see Jase Richardson come back, because he’s been injured. So Jase looked back to his normal form.”

Richardson, coming off April knee surgery, led Gorman with 15 points. He had three assists in the first quarter, then scored nine points in the third quarter.

“He got a couple assists and made a couple jumpers, got him some confidence,” Rice said. “And then the second half, he put on a little mini scoring run. The game was kind of out of hand, but it was good for him for his confidence.”

Mobley finished with 12 points and five assists, and Keenan Bey and Quentin Rhymes each added 10 points for the Gaels. Bey had seven rebounds and two blocked shots.

Gorman was deeper and bigger than Mojave (5-2), but coach KeJuan Clark said it all came down to effort and playing physical.

“They’re not running from contact,” Clark said of Gorman. “We’re fading away from contact. We have to be more aggressive. The aggressive team’s going to always win, no matter who it is.”

Clark said that will be one of the big lessons he hopes his team takes from the matchup with Gorman, which plays fifth-ranked Centennial (California) on Saturday.

“It’s not really a matchup problem, it’s more so an intensity problem,” Clark said. “They play harder than us, and that’s what happens to you.”

“We’re not going to run from anybody,” Clark said. “And it’s going to prepare us for the 4A playoffs. And hopefully we knock some of these teams down and beat some teams. We’ve already beat a few 5A teams, but we want to beat Gorman. That’s just the truth.”