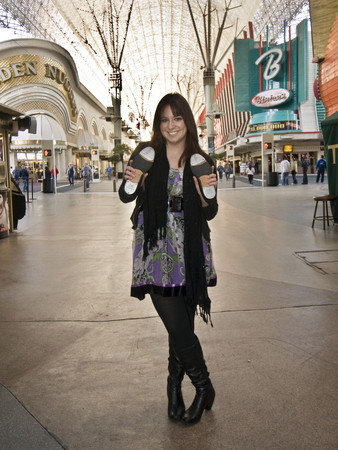 But that doesn’t mean it’s over.

This week, the American Civil Liberties Union of Nevada filed a motion that asks a judge to consider holding the defendants, including the city of Las Vegas, in contempt of court. The civil rights group contends the defendants have failed to comply with a court order that bars them from interfering with people who engage in protected activity, such as street performances, at the pedestrian mall.

“We took this action reluctantly because of the numerous accounts showing the defendants in this case refused to adhere to the court orders stating that the Fremont Street Experience is a public forum where protected expression must be allowed,” ACLU attorney Allen Lichtenstein said.

The case began with a lawsuit filed in 1997 by the ACLU and other groups. It primarily centered on advertising and solicitation activities at the Fremont Street Experience.

Over the years, the case made three trips to the 9th U.S. Circuit Court of Appeals.

In March, U.S. District Judge David Ezra of Honolulu shot down several Las Vegas ordinances that had been revised in response to a prior court order. The defendants did not appeal Ezra’s decision.

Ezra ruled that the new laws, which were designed to stop the types of aggressive behavior that have discouraged tourists and other consumers from patronizing the pedestrian mall, violated the First Amendment.

“These ordinances clearly include the sale of merchandise that carries political or religious messages or the use of tables for religious, political, or charitable solicitation, which are fully protected speech,” the judge wrote.

According to the ACLU’s motion, in recent months Fremont Street Experience security officers have harassed an Elvis impersonator who was posing for pictures with tourists, a newspaper photographer who was taking pictures of a band, a street performer who was performing an act as “Mr. Animation” and a law student who was tap dancing.

“During each incident, officers approached an individual on or around Fremont Street, demanding he or she refrain from a type of expression,” the document states.

According to the motion, all four people were told they needed a permit to perform on Fremont Street.

“At this time, there is no evidence that anyone knows what the permit requirements are,” ACLU attorneys wrote in the motion. “Not a single security officer, while asserting the need for a permit, has articulated what one must do to qualify for a permit. While theoretically a reasonable permitting requirement could be imposed, one does not exist by law here.”

Lichtenstein said the defendants have the right to regulate purely commercial activity on Fremont Street, but they cannot stop street performers who perform for free, whether they solicit tips or not.

Brett Harris, now a second-year law student at the University of Nevada, Las Vegas, said she was working as an ACLU intern this summer when she learned about the organization’s First Amendment case involving the Fremont Street Experience.

Harris, 24, said she has been tap dancing since she was 8 but had never tried street performing. On the evening of July 22, she tried it for the first time on Fremont Street.

“I wanted to test how much they would hassle me,” she said.

About two minutes into her performance, with fellow interns observing, a security guard arrived and told her she could not perform there without a permit. She said she then went to the Fremont Street Experience offices, but no one there could help her obtain a permit.

Harris said she next called ACLU attorney Maggie McLetchie, who came to the scene to watch the intern’s second performance.

While Harris was dancing, a few people put dollars by her boombox, though she had not solicited tips. Harris said a second security guard soon arrived and told her she could not perform without a permit.

McLetchie intervened, and their conversation was captured on videotape. After the encounter, McLetchie and the interns left the area.

“Despite numerous Orders by this Court, Defendants still cling to their discredited position that the Fremont Street Experience is their own private playground where their own economic interests and preferences trump both the Court’s authority and the United States Constitution,” according to the ACLU’s motion.