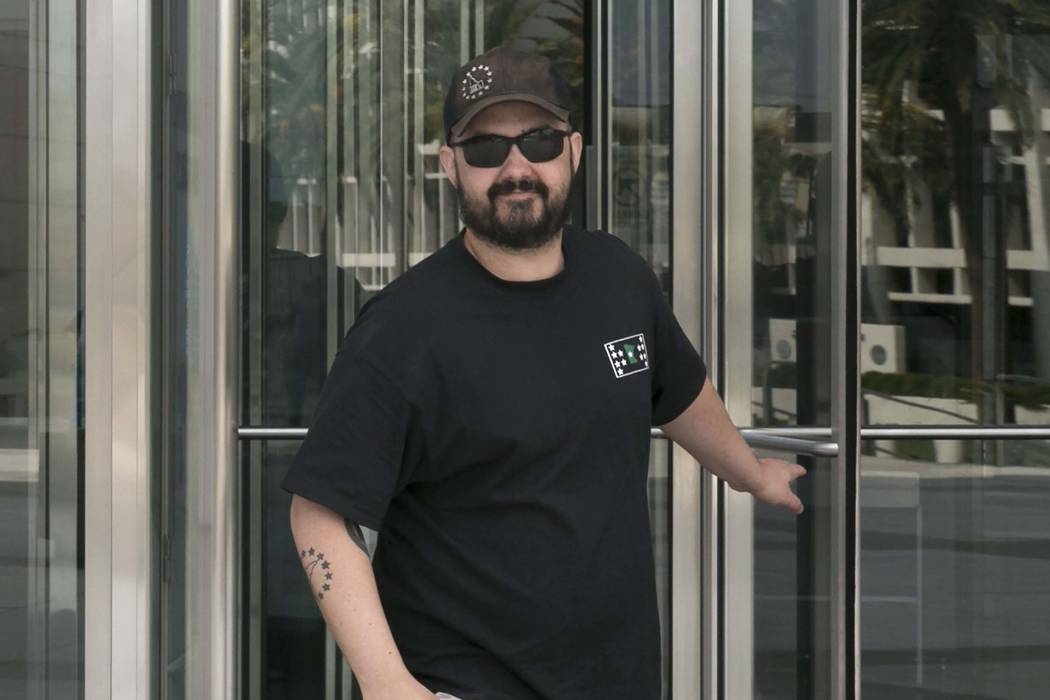 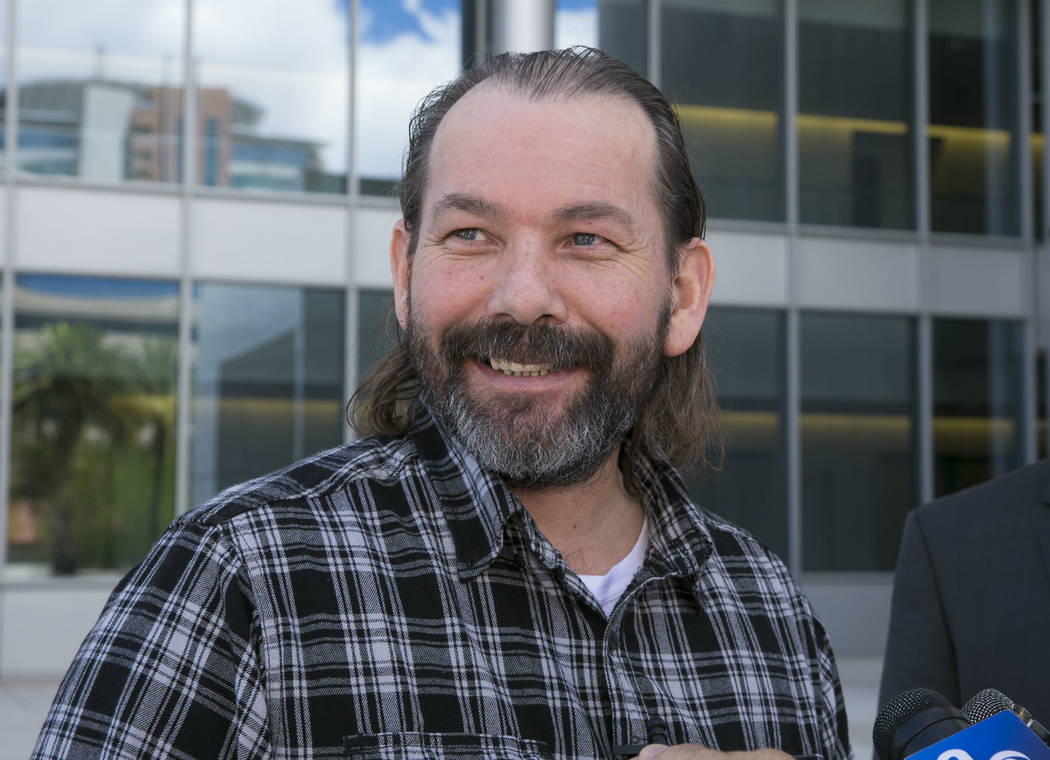 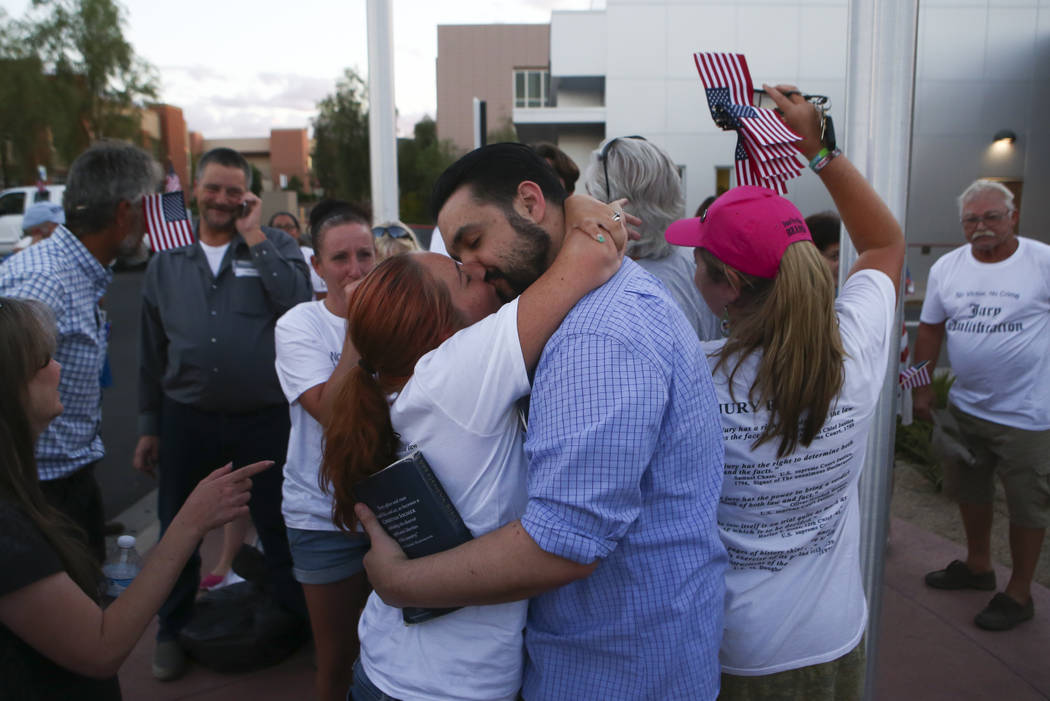 Andrea Parker kisses her husband, Eric Parker, after he and three other defendants in the Bunkerville standoff case were released at the Henderson Detention Center on Tuesday, Aug. 22, 2017. Chase Stevens Las Vegas Review-Journal @csstevensphoto 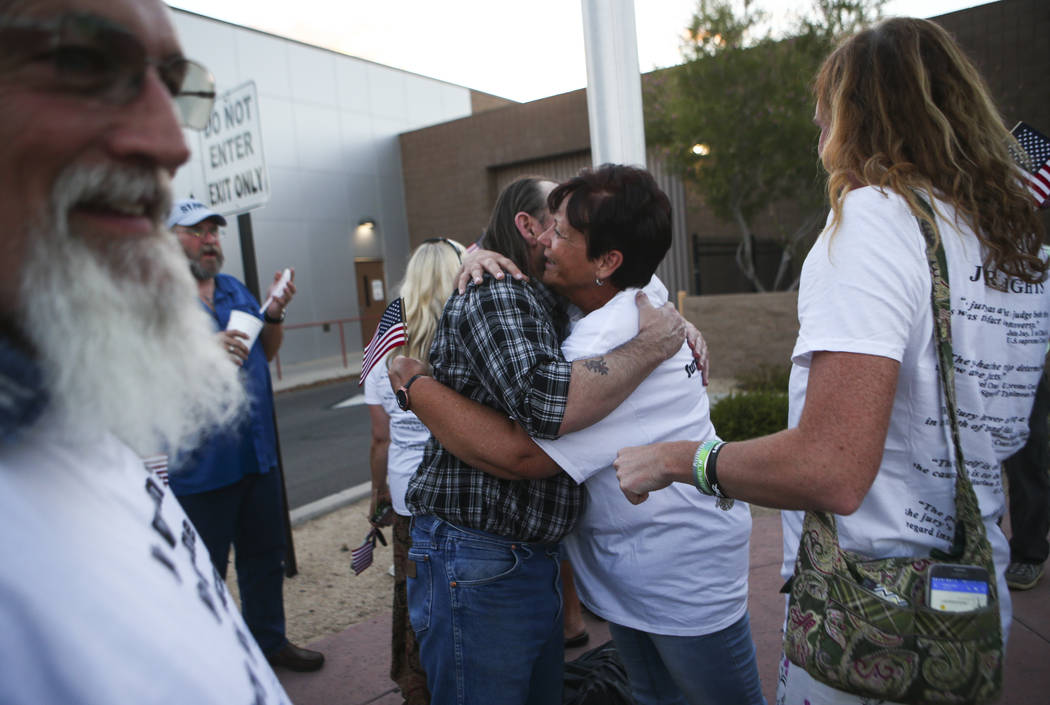 Scott Drexler, center left, is embraced by Margaret Houston, sister of Cliven Bundy, after he and three other defendants in the Bunkerville standoff case were released at the Henderson Detention Center on Tuesday, Aug. 22, 2017. Chase Stevens Las Vegas Review-Journal @csstevensphoto

Eric Parker and Scott Drexler each pleaded guilty to a single count of obstruction of a court order, a misdemeanor, before U.S. District Judge Gloria Navarro for their roles in the 2014 standoff that began over a dispute about federal grazing fees.

Both men were set to face a jury for a third time since being arrested in early 2016 on charges that included assault and threatening a federal officer, as well as underlying weapons charges. Those charges carried sentences of several years in prison.

During the hearing, both defendants admitted that they were on the overpass bridge overlooking Interstate 15 on April 12, 2014, while armed with rifles, which “presented a show of force to the officers,” and intentionally interfered with the court order.

Both had driven to the rural Clark County town to support rancher Cliven Bundy, who federal authorities allege conspired to thwart the government’s roundup of roughly 1,000 cows they said were grazing illegally on federal land.

Drexler testified during the second trial in August that he never intended to threaten Bureau of Land Management agents. He was captured in photographs of the standoff pointing a long gun through a crack in a barrier wall on Interstate 15.

“My barrel was in a safe direction,” he told jurors then.

Parker also was photographed in April 2014 pointing a long gun through a barrier on the freeway overpass. His testimony during the second trial was cut short after Navarro ruled that he made statements to jurors that were prohibited.

The jury acquitted Drexler and Parker of several charges in the August trial but could not reach verdicts on all the felonies.

As part of the plea agreement, both will avoid further jail time but would still face between one and five years’ probation.

Sentencing for both men was scheduled for Feb. 2.