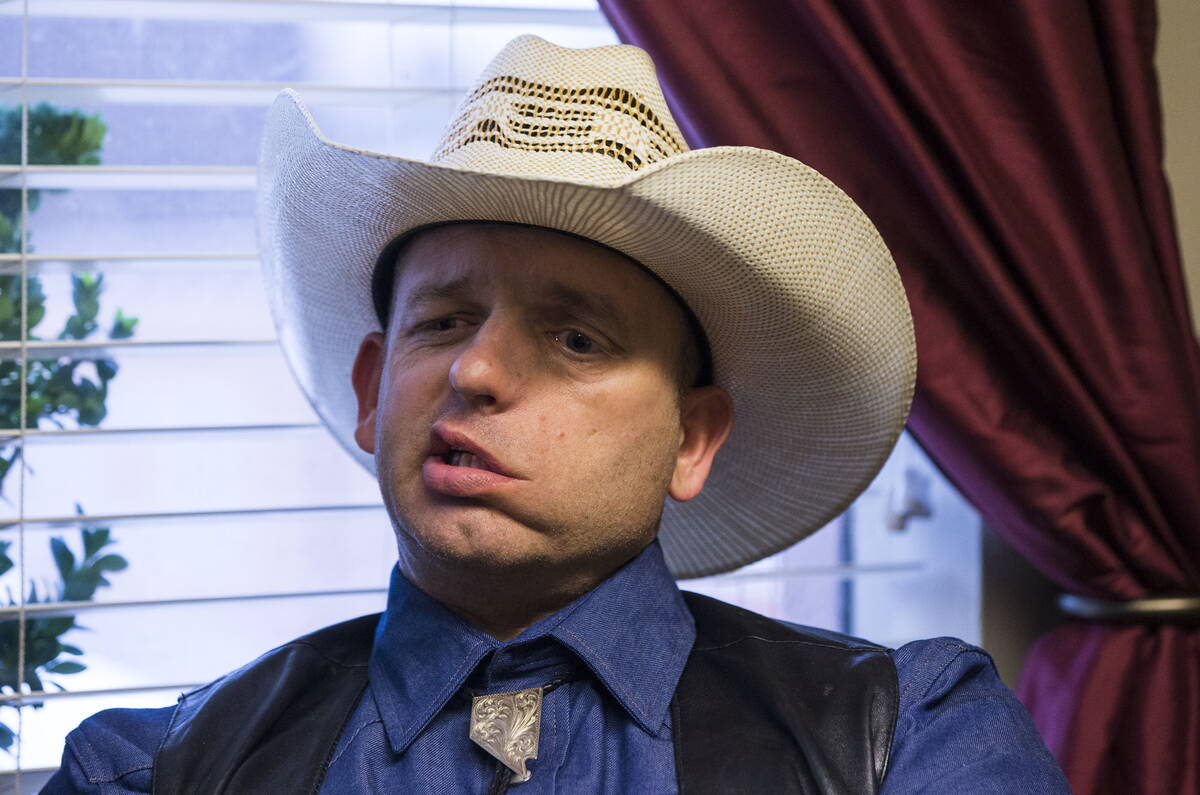 Ryan Bundy, son of Bunkerville rancher Cliven Bundy, was convicted of a misdemeanor assault charge this past month for spitting at an employee of a Mesquite shipping business.

The crime occurred after Ryan Bundy was asked to leave the store for not wearing a mask during the height of COVID-19 restrictions.

The recent assault conviction stemmed from a confrontation in December 2020, when an employee at the Mesquite Business Center asked Ryan Bundy to leave the store for not wearing a face mask, according to a copy of a citation from the Mesquite Police Department.

“Ryan became aggressive and spit at the employee Tim Galliher,” the citation stated.

Prosecutors accused Ryan Bundy of “yelling at the employees of, Mesquite Business Center, using foul language in front of customers, and stating ‘he hoped they catch COVID virus and die,’” according to a criminal complaint.

During a phone interview on Monday, Ryan Bundy denied stating that he hoped anyone would die. He said that the employee was “yelling and screaming” at him when he refused to wear a mask and that he spat on a counter that was “probably 10 or 15 feet away” from the man.

“That was my way of communicating that, hey, I’m disgusted with the way you’re treating me,” he said.

Ryan Bundy said he believes “COVID was a bunch of baloney, all of it from the get-go.”

The owner of Mesquite Business Center, who is Galliher’s father, declined to comment on the case on Monday.

He represented himself during the bench trial and was fined $500. He said he plans to appeal the conviction, and he insisted that his actions did not amount to assault.

“I should have been more Christ-like and held my temper, but I was getting tired of all this COVID baloney,” he said. “I got a little hot, I’ll admit.”