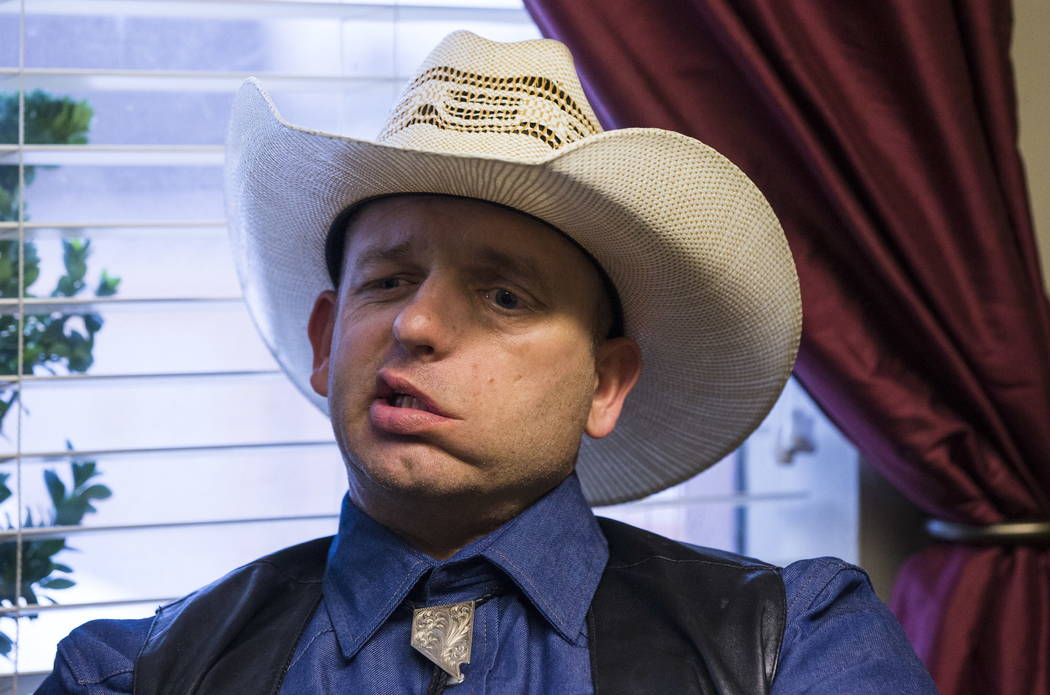 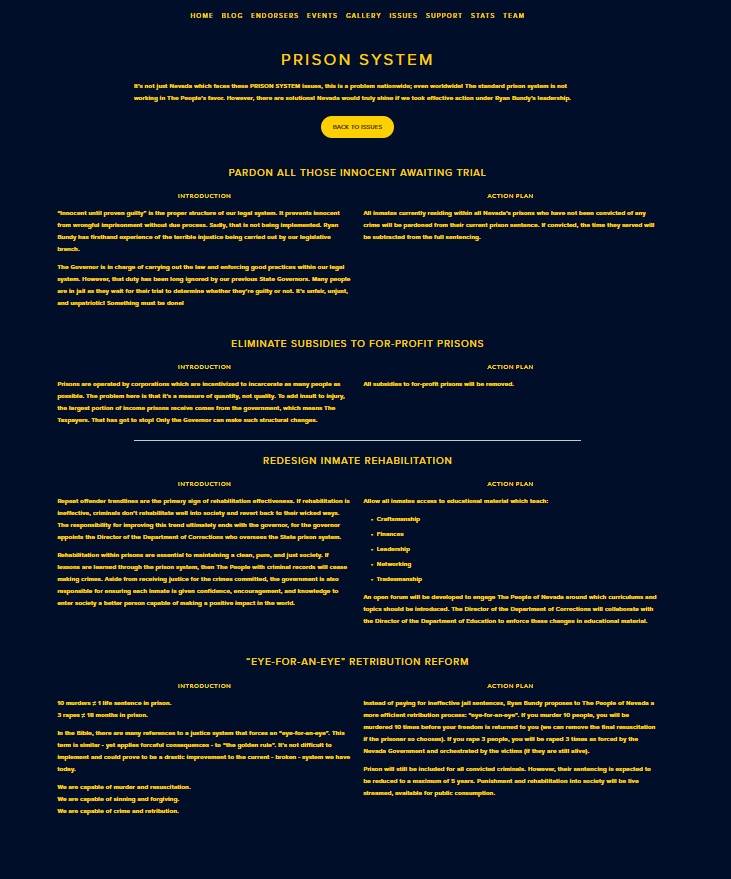 Murder for murder. Rape for rape. All “live streamed, available for public consumption.”

That’s the platform that the campaign website for Nevada gubernatorial candidate Ryan Bundy said would be implemented if he is elected this fall.

“Instead of paying for ineffective jail sentences, Ryan Bundy proposes to The People of Nevada a more efficient retribution process: ‘eye-for-an-eye,’” the site said.

The post, which Bundy had removed from the website after he saw it, was done by campaign manager Cardiff Gerhardt without approval.

“If you murder 10 people, you will be murdered 10 times before your freedom is returned to you (we can remove the final resuscitation if the prisoner so chooses),” the site said.

And for convicted rapists, they would be “raped 3 times as forced by the Nevada Government and orchestrated by the victims (if they are still alive).”

The section also called for maximum prison sentences of five years, and said that all punishment and rehabilitation would be live streamed.

But sometime Tuesday morning, the section detailing the “eye-for-an-eye” punishment on Bundy’s campaign website had been deleted.

Bundy said in a phone interview on Tuesday that he was unaware the section had been posted to his campaign website and said that he doesn’t support those ideas.

“That’s not my words. That’s not my ideals,” Bundy said. “I did not approve of that. I did not review it. I had not even read it. It went up there prior to my approval.”

Bundy said the content was posted by his campaign manager, Cardiff Gerhardt.

“It was all my ideals,” Gerhardt told the Review-Journal. “The reason it was put in there was, well, because I think it’s fair.”

Gerhardt said he joined the campaign seven weeks ago, and the content was posted without Bundy’s approval because the campaign is trying to build up quickly with fewer than 50 days until Election Day.

“We need to move very fast because we are the underdog, the people’s choice,” Gerhardt said.

Gerhardt, despite his rogue move, will stay on as Bundy’s campaign manager.

“He’s doing a lot of good work,” Bundy said, “but those are his words.”