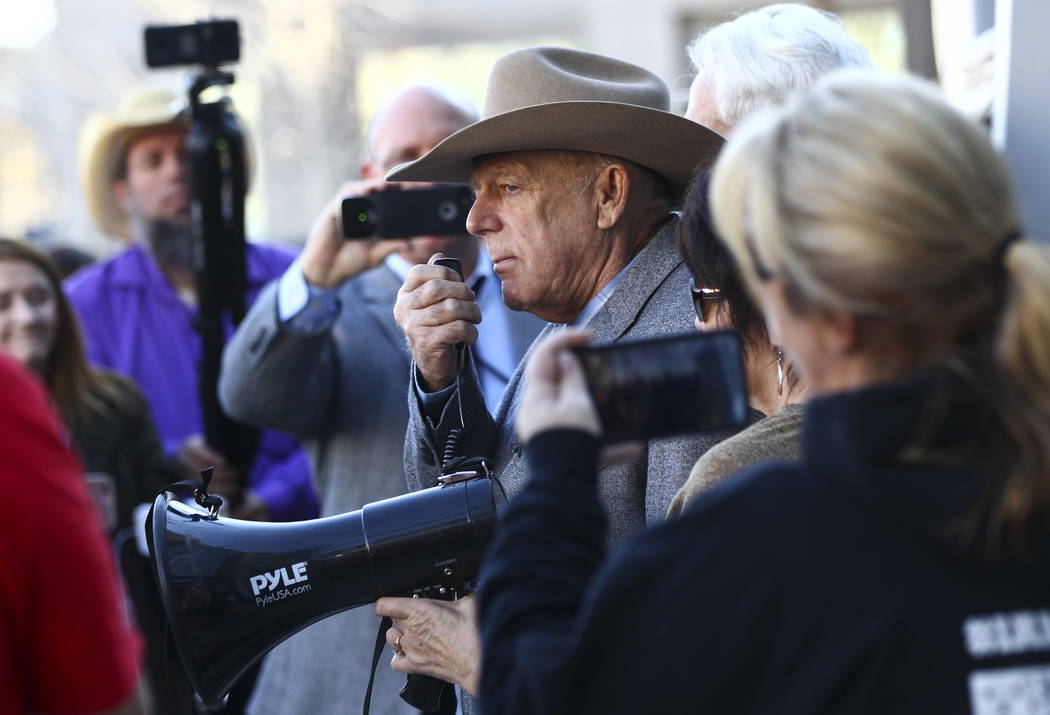 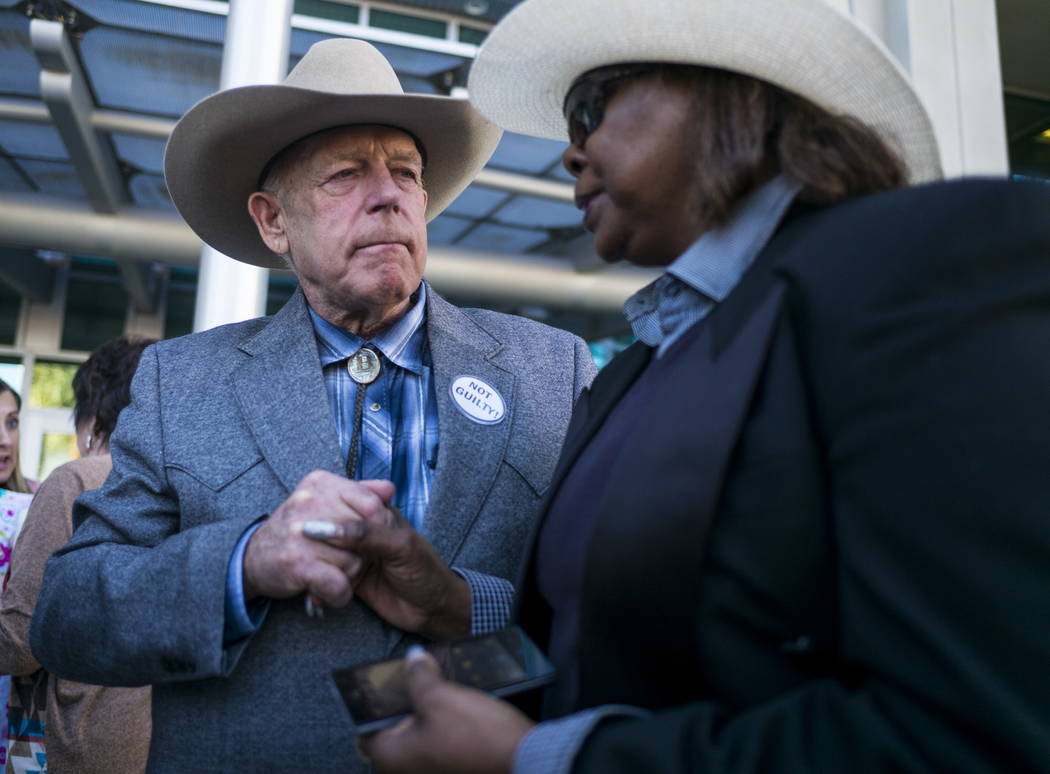 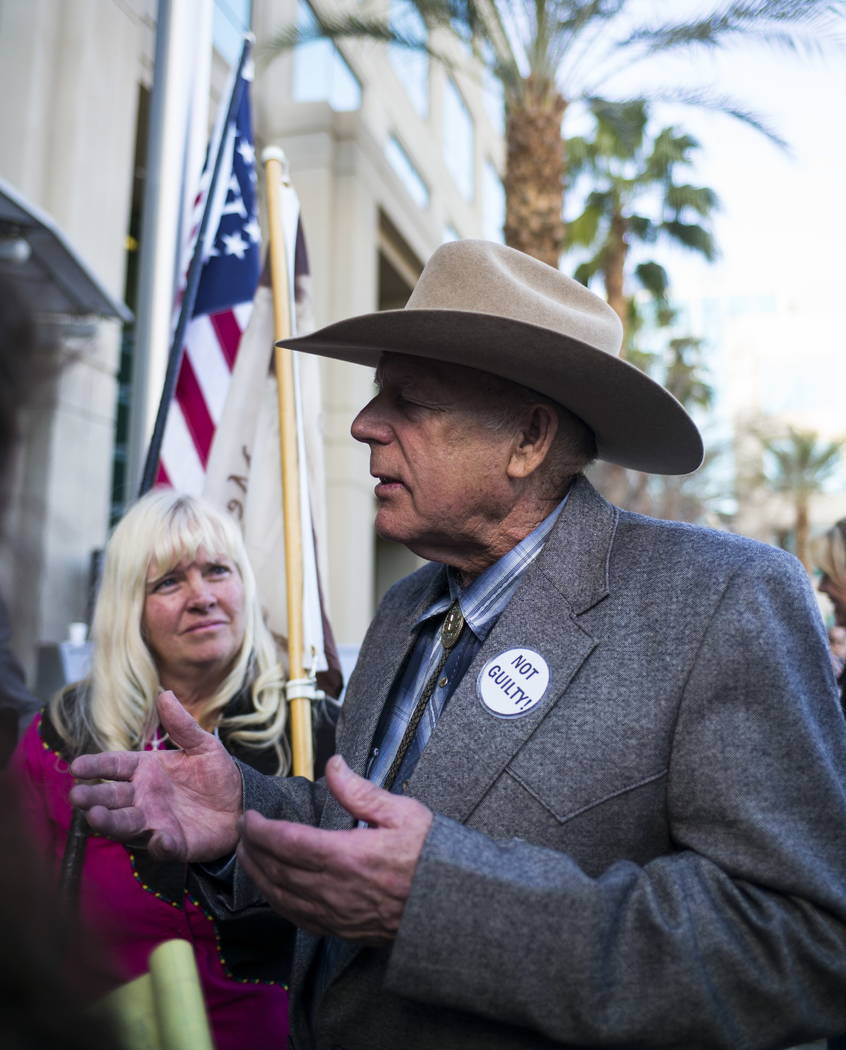 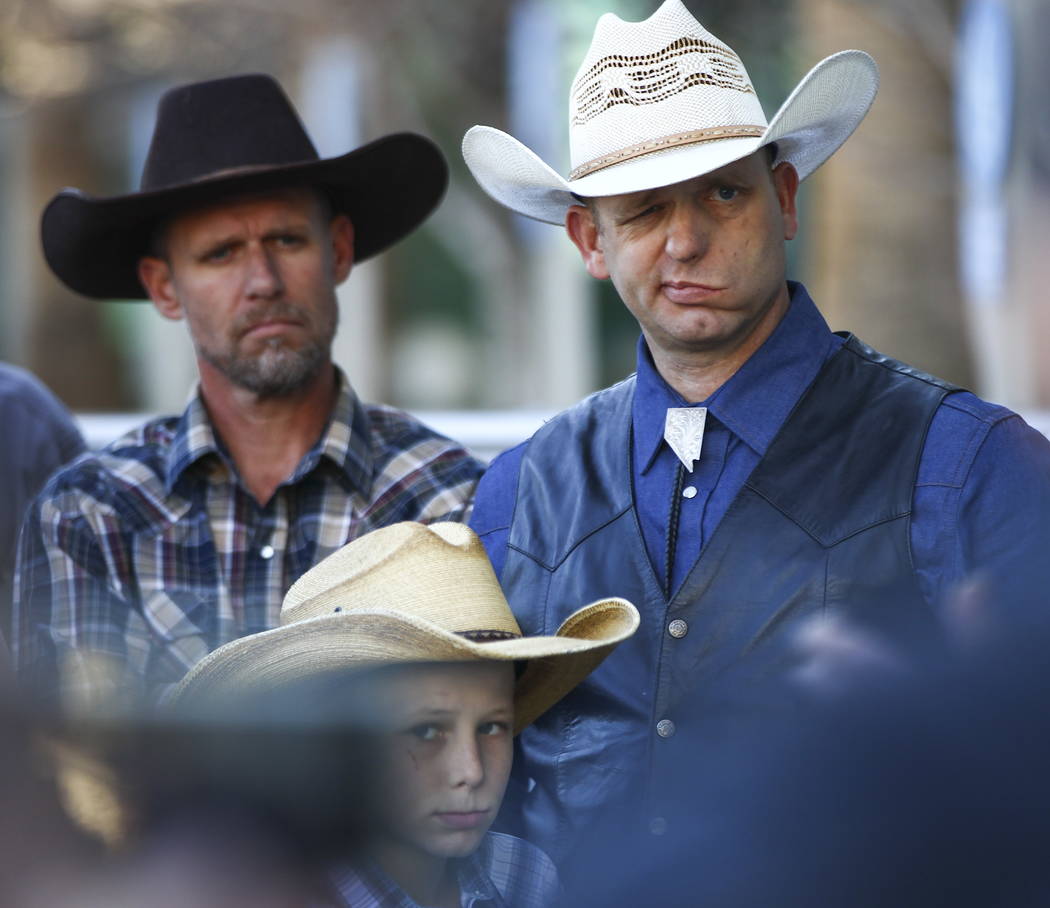 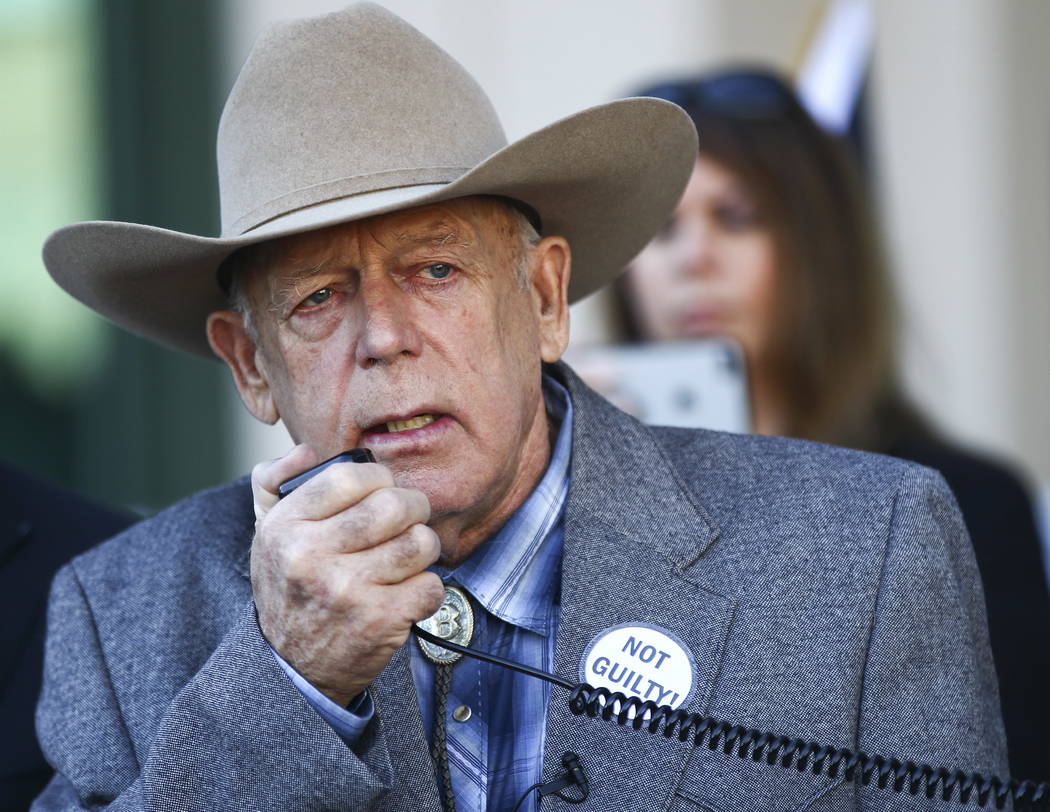 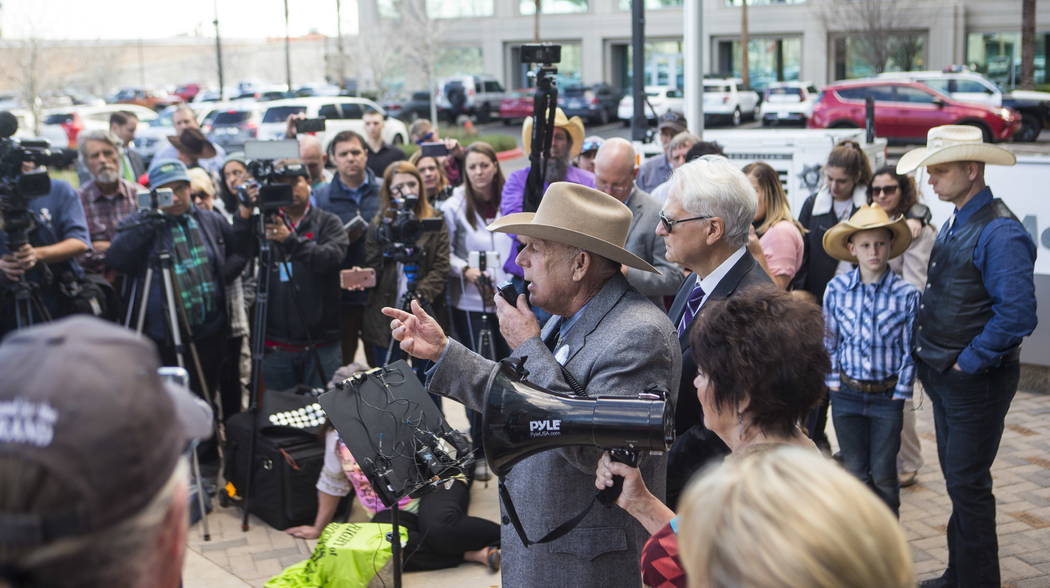 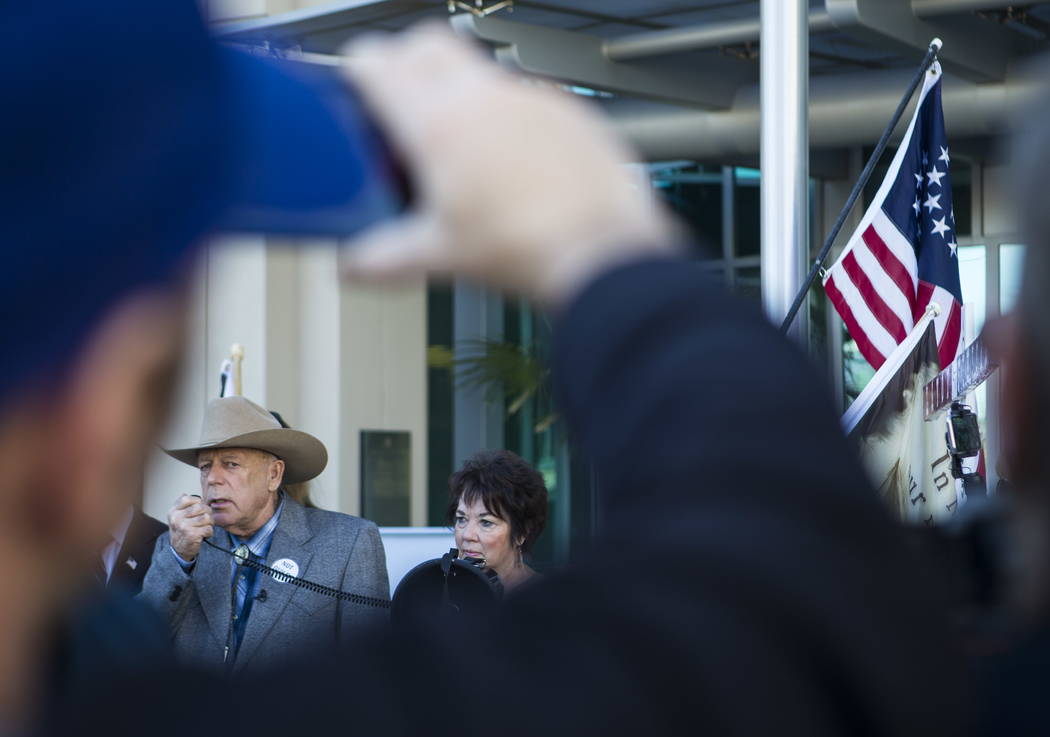 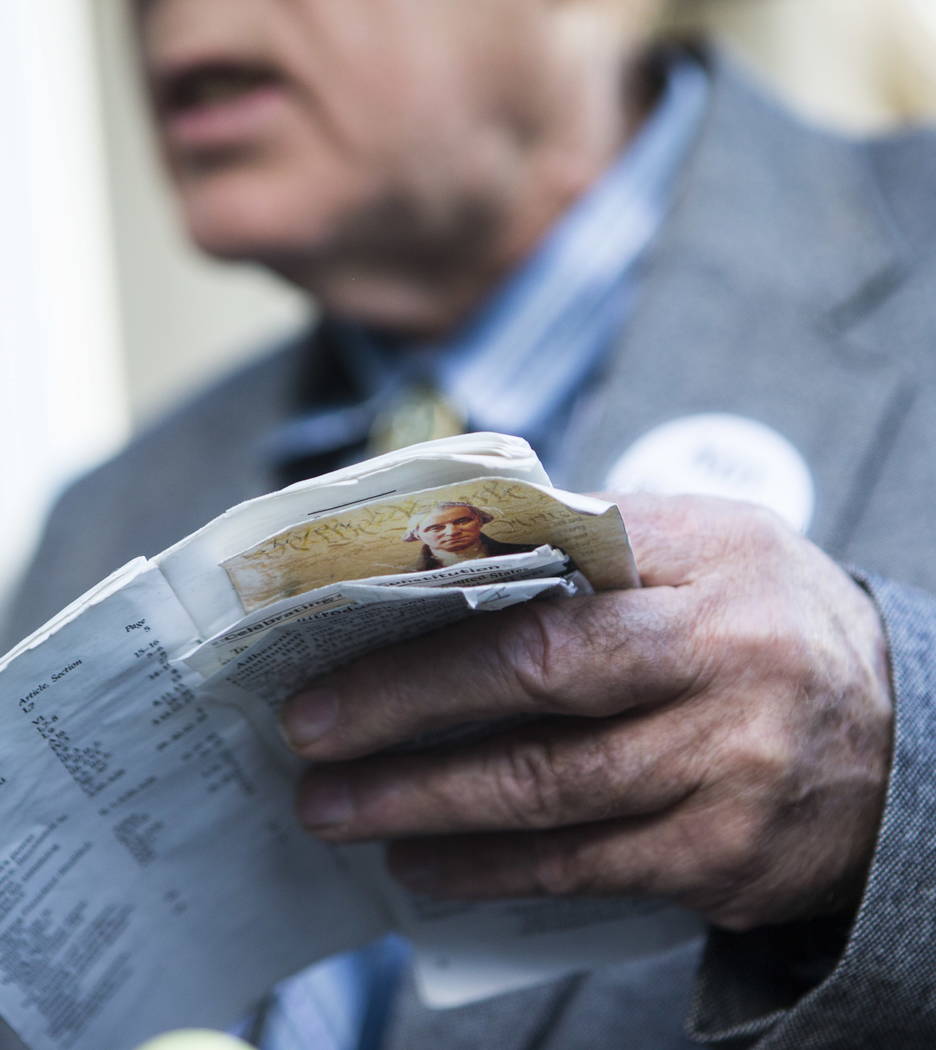 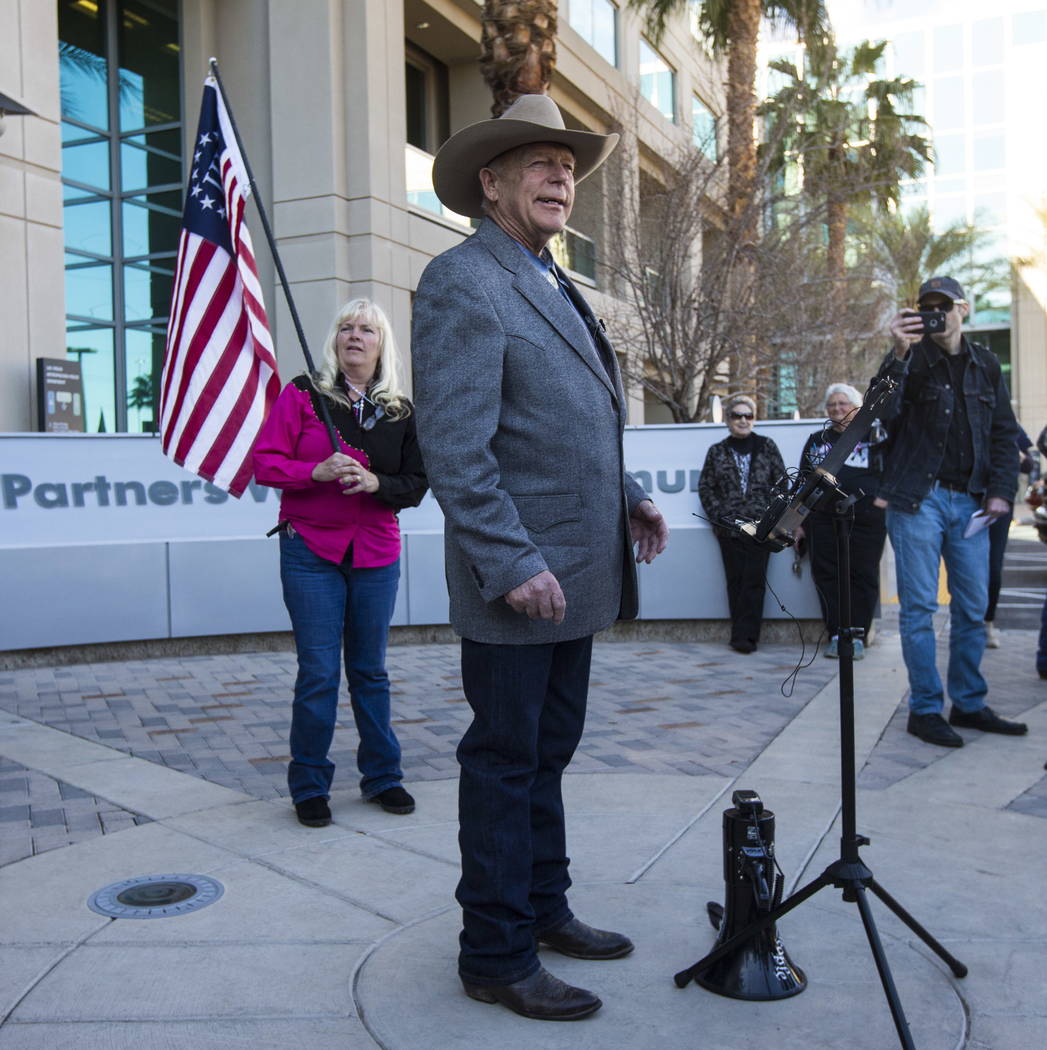 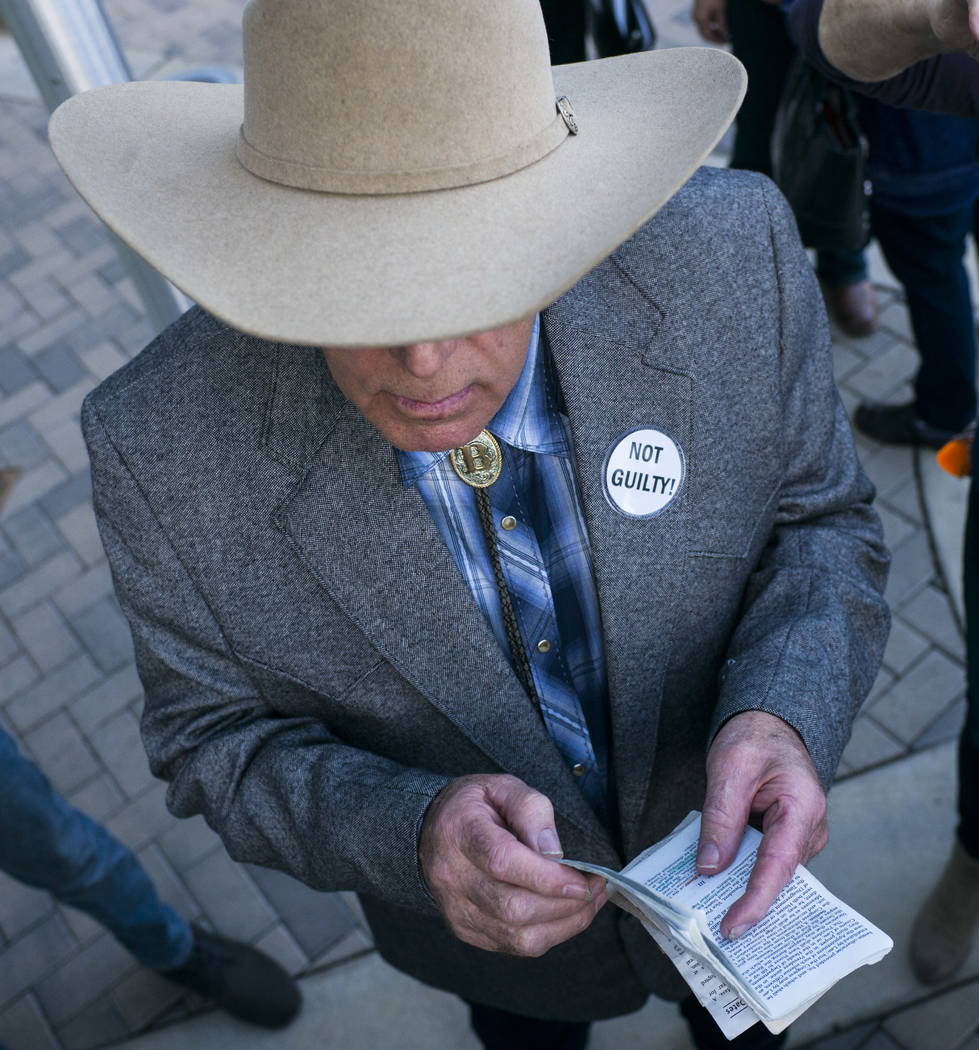 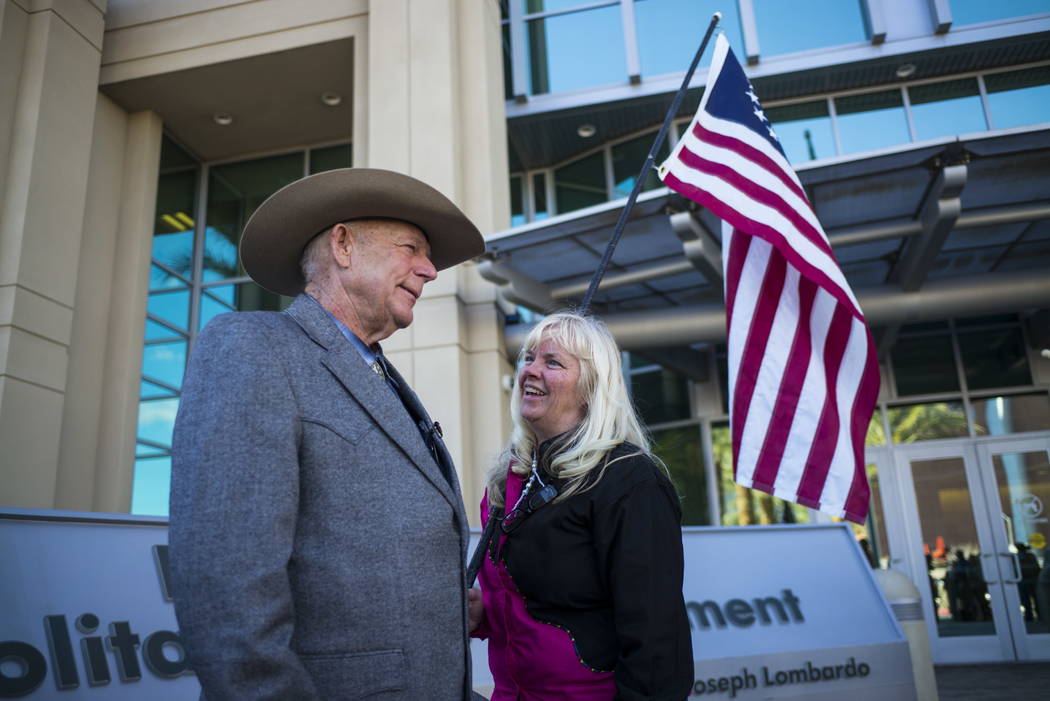 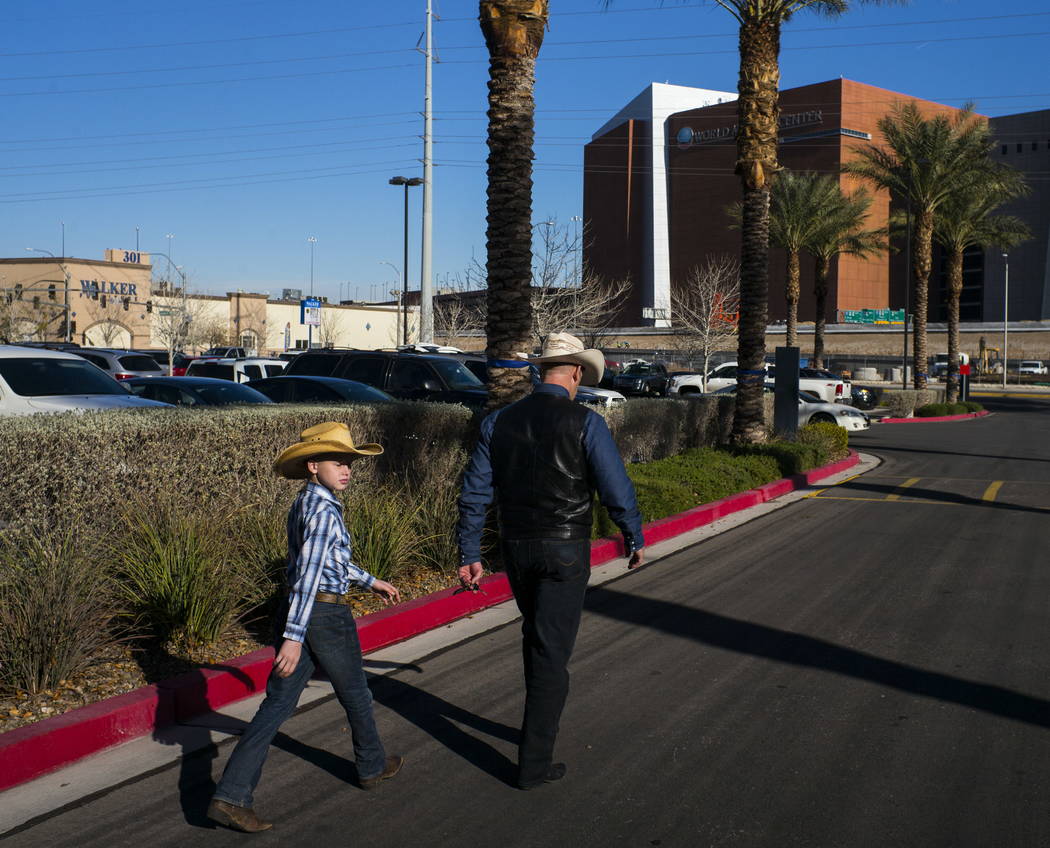 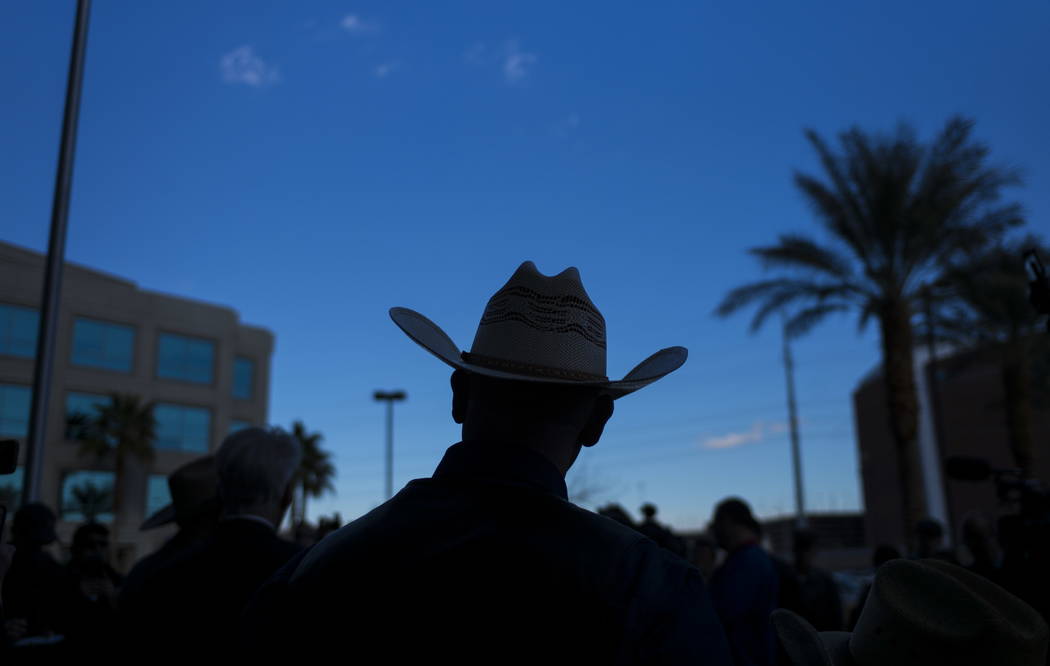 Gold Butte rancher Cliven Bundy stood outside the Metropolitan Police Department on Wednesday and called on Clark County Sheriff Joe Lombardo to protect him in his ongoing dispute with the federal government.

Earlier this week, U.S. District Judge Gloria Navarro dismissed felony charges against Bundy, two of his sons and an independent militia leader. The ruling ended a trial over the April 2014 armed standoff in Bunkerville, which occurred after federal agents tried to execute a court order to round up Bundy’s cattle.

About 50 people — including members of Bundy’s family, supporters and journalists — attended Wednesday’s gathering. Bundy told the crowd that Lombardo had turned down requests for a meeting after the federal case was thrown out.

Metro later released the following statement: “The Las Vegas Metropolitan Police Department and Sheriff Joe Lombardo respect the federal court’s decision in the Cliven Bundy case. Mr. Bundy has his own beliefs and has the right to express his opinion. The LVMPD will continue to follow the law and has no further comment on this case.”

The #LVMPD and @Sheriff_LVMPD respect the federal court’s decision in the Cliven Bundy case. Mr. Bundy has his own beliefs and has the right to express his opinion. The LVMPD will continue to follow the law and has no further comment on this case.

Bundy suggested that Lombardo has “more power than the president of the United States here in Clark County.”

“We ask and hope that he takes that position serious,” Bundy added. “And if he don’t, I guess we will replace him, one way or the other.”

Bundy, who was released from custody Monday, said he was still considering his options about how to proceed after the dismissal. He pointed out that the court order remains in effect and that elected officials in office at the time of the standoff remain in their jobs. The cattle, he later said, are still being grazed on the vast acreage around his ranch.