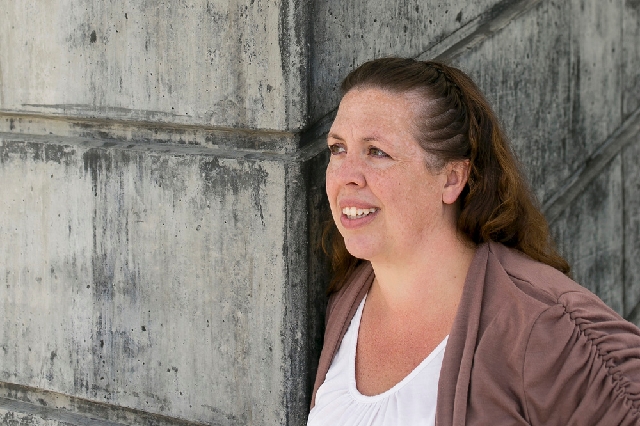 In this photo taken Tuesday, Dannette Lopez poses for a photo in Pasadena, Calif. Lopez lost her father in the Sept. 11 attacks, but she did not find out about scholarship money available through the sale of the specialty memorial license plates until after the 2005 deadline. A state audit has found that officials failed to tell all the Californians who lost parents or spouses in the 2001 terror attacks about a scholarship program funded by fees from a specialty memorial license plate.

SACRAMENTO, Calif. — Many of the relatives of Californians killed in the Sept. 11 attacks never knew that millions of dollars were raised in their name for college scholarships, and now lawmakers want to give them another chance to apply for money that an Associated Press investigation and subsequent audit found was poorly administered.

The state collected more than $15 million from selling 9/11 memorial license plates after the terrorist attacks, but only a sliver of it went to scholarships, partly because a state agency failed to notify everyone who was eligible to apply for the $5,000 stipends. The state auditor reported last week that dozens of California families were not told about the scholarship fund in time to apply.

“To think that they preyed on people’s emotions to sell these plates, and then they lied to us about it. It really bugs me,” said Neda Bolourchi, 46, whose mother, a retired nurse, died when her return flight from Boston was hijacked.

Residents of California, where all four jetliners were bound when they were hijacked, have bought or renewed the memorial license plates more than 200,000 times since 2002, spending $50 apiece to buy the plates and $40 a year to renew them. They believed they were helping family members of Sept. 11 victims attend college as part of a law passed in May 2002.

The audit confirmed the findings of an AP investigation last year that found a lack of accountability in California’s multimillion-dollar special license plate program and specific examples of misappropriation in the memorial license plate fund.

About 15 percent of the money from the 9/11 plates was to be earmarked for the family members of Sept. 11 victims to attend college. That would have made $2.25 million available for scholarships, but the AP’s review found that just $21,381 has reached the children and spouses of the three dozen California residents killed then. The scholarship program closed to new applicants in 2005.

Bolourchi, who lives in Los Angeles, began attending law school shortly after her mother was killed but has not completed her degree. She said $5,000 would help her finish.

She said she believes the California Victim Compensation and Government Claims Board, whose responsibility it was to notify eligible participants, tried to deceive her and used Sept. 11 family members “as props.”

“I’m a little jaded because it took this long for us to find out. I think there will be a fight about how to give it back to us, even though they’ve collected millions and they’re continuing to collect more,” she said.

This week, several lawmakers said they would begin reviewing the scholarship fund with the eventual goal of getting the money to everyone who deserves it.

“We’re going to fix it,” said state Sen. Mark DeSaulnier, D-Concord, one of three lawmakers who requested the audit along with Gov. Jerry Brown after the AP report.

The audit found that the 20-year-old program that raises money for a variety of causes from arts education to environmental protection is rife with errors, and that the DMV failed to collect $22 million in the past two fiscal years.

It also affirmed that the victim compensation fund failed to notify people who were entitled to the scholarships by the July 2003 deadline prescribed in the law, doing so only in April 2005, just three months before the program ended. Fund officials last year told the AP that they notified all eligible dependents, but the auditor found that was not true.

Sen. Ted Gaines, R-Roseville, and Assemblywoman Susan Bonilla, D-Concord, also said they plan to hold informational hearings to collect more information about the faulty administration of the 9/11 plates and other special license plates. Gaines said he would pursue legislation that would allow families to reapply for the scholarship money.

When asked what he would say to the victims’ families, Gaines said, “I apologize. And I would want to let them know that we’re going to work hard to see if they have another opportunity to participate.”

Evan Westrup, a spokesman for Brown, declined to comment on the audit or the scholarship program but said the governor will consider any bill reaching his desk.

The AP investigation found that Brown and former Gov. Arnold Schwarzenegger had diverted $3 million from the scholarship fund to help fill the state’s budget deficit.

While 85 percent of the money generated by the 9/11 plates, or $12.75 million of the funds raised so far, was to be dedicated to fighting terrorist threats, millions instead went to items with little direct connection to terrorism, including livestock diseases and workplace safety issues.

“I would take advantage of it tomorrow, if I could,” said Danette Lopez, whose father died after his flight was hijacked as he returned to his Norwalk home from a construction job in Boston. “If they could reopen it, it would give me a second chance at something that was meant for me in the first place. It would mean a lot.”

Lopez, 33, is taking night classes at Cerrito Community College, but work toward her associate’s degree in marketing, business administration and public speaking is slow going. She said $5,000 from the scholarship fund would be “a huge blessing” that would make an immediate difference in her life.

Kia Pavloff-Pecorelli was pregnant in 2001 when her husband’s flight back to their Los Angeles-area home was hijacked. Their son is now 11, and his mom said she is funneling any extra money she has toward his education.

“We get so overwhelmed — I’m raising my son by myself and 10 years later, I’m still trying to figure it all out,” said Pavloff-Pecorelli, who moved back to Michigan after the attacks to be closer to her parents.

She said she was surprised that it was a reporter who notified her about the scholarship fund, rather than the state. 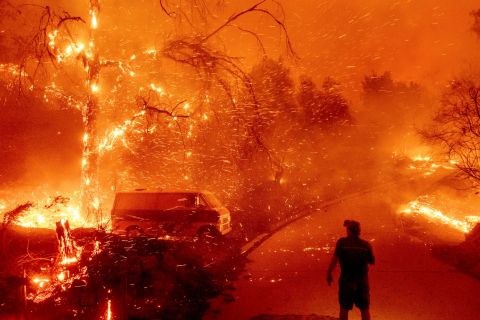