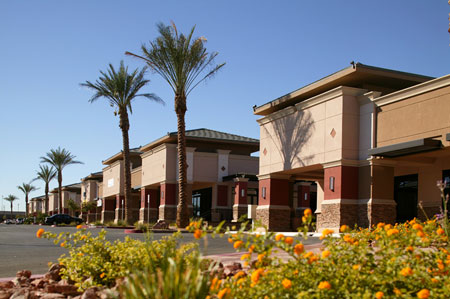 Wednesday’s numbers from the state Department of Taxation showed that Nevada’s businesses rang up $3.1 billion in sales in August, down 24.1 percent from $4.1 billion in August 2008.

The numbers include the results of an earlier tax-amnesty program that augmented collections a year ago. Businesses that owed back taxes paid $263 million in August 2008. Take out that amnesty revenue, and the year-over-year sales decline would have been 18.9 percent.

In Clark County, taxable sales dropped from $3 billion to $2.2 billion year over year in August.

And despite the $3 billion Cash for Clunkers program, dealers of cars and car parts experienced a 16.4 percent drop.

Local analysts said the results reveal a state that remains mired in a recession that is almost 2 years old.

"The question remains: Where’s the bottom? The economy is clearly not stabilizing," said Brian Gordon, a principal in local research firm Applied Analysis. "Retailers continue to be affected by consumer spending by both residents and leisure travelers, and these numbers are a clear sign that we’re not out of the woods yet."

Added Keith Schwer, director of the Center for Business and Economic Research at the University of Nevada-Las Vegas: "It’s very clear the national economy is showing signs of recovery, and we’re not."

More than 190,000 Nevadans are out of work, and as joblessness surged through the summer, residents with jobs feared they soon would receive pink slips themselves. So a sizable chunk of the state lacks the discretionary income to spend; the rest are too nervous to take on purchases such as cars and appliances.

Cash for Clunkers, which offered consumers rebates of up to $4,500 to trade in older cars for more fuel-efficient versions, did seem to curb sales declines among car dealers, who had been seeing year-over-year sales declines of 30 percent or more in the months before August. But the federal program couldn’t completely avert losses.

A recent study from the Retail Association of Nevada backs up the idea that Cash for Clunkers wasn’t too popular among the state’s residents.

The trade group’s report found that Nevada ranked No. 48 in Cash for Clunkers rebates per capita, which indicates that a smaller-than-average percentage of residents took the money. Assuming one rebate per Nevadan, 1.3 Nevadans out of 1,000 traded in old cars, compared with a national average of 2.3 out of 1,000.

The association estimated that Cash for Clunkers added $3.6 million in state sales taxes that would not have materialized without the rebate program.

Some sectors of the economy did expand their sales in August. Heavy and civil engineering construction, which consists of big public-works projects, rose 46.6 percent, and telecommunications jumped 30.4 percent. Rail transportation, management of companies, performing arts and spectator sports also showed increases in sales.

The state collected $242.4 million in revenue from sales and use taxes. That is an 18.4 percent drop compared with August 2008. Adjusted for the amnesty program, revenue collections were off 17.6 percent year over year.

Taxable sales help finance public services such as schools and prisons, and budget projections show the sales are bringing in less revenue than expected so far in fiscal 2010, which began July 1. In the first two months of the fiscal year, the general fund portion of sales and use taxes is 1.16 percent, $9.3 million, below forecasts of the Economic Forum, a nonpartisan group of appointees who craft revenue estimates for budgeting purposes.

Fifteen of the Silver State’s 17 counties posted declines in taxable sales, with only Mineral and Lincoln counties spared any drops.

Gordon said consumer spending in Nevada has fallen to 2002 levels, and he expects spending to continue shrinking well into 2010.

"August’s sales and use tax figures demonstrate that the people and businesses of Nevada continue to feel the effects of the recession," Gibbons said. "The administration continues to monitor and plan for the effects of the impaired housing market, sluggish consumer spending and the overall condition of the economy."