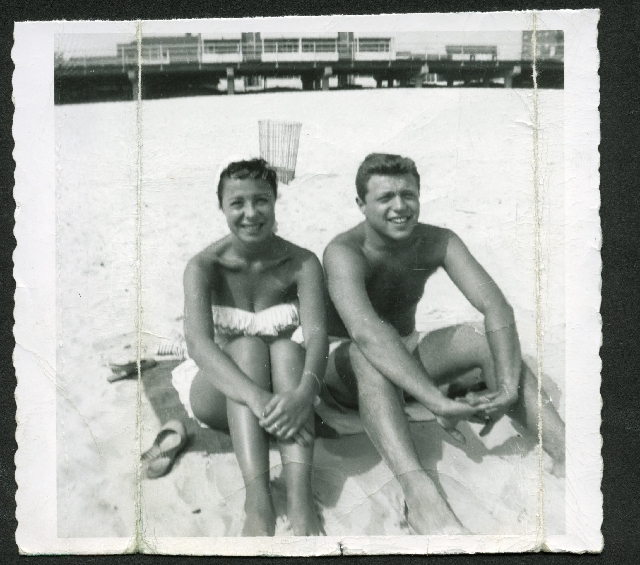 Eydie Gorme will be buried among great company today at a Los Angeles cemetery.

A private ceremony is scheduled for 2 p.m. at Hillside Memorial Park, the final resting place for many of the biggest names in entertainment.

Longtime Las Vegas headliners, Gorme and her husband, Steve Lawrence, teamed up to become “the sweethearts of mid-20th century American pop music,” according to the New York Times.

They had been full-time Las Vegas residents since 2006, when they moved into the Las Vegas Country Club.

The couple celebrated their 55th wedding anniversary in December. They married Dec. 29, 1957, at the El Rancho Hotel, where Gorme was a popular opening act.

They went on to win a Grammy in 1960 as best pop duo and an Emmy in 1979 in the outstanding comedy-variety or music program for “Steve and Eydie Celebrate Irving Berlin.”

Las Vegas entertainer Dennis Bono, a close friend and next-door neighbor with his wife, Lorraine, told KXNT radio Monday, “They made audiences feel like they were part of their relationship.”

Gorme’s 85th birthday would have been Friday.

At Hillside, Gorme will be buried among such greats as Al Jolson, Eddie Cantor, George Jessel, Cyd Charisse and Jack Benny.

Retired custom homebuilder Cindy Coletti, a Las Vegas resident since 1989, has kept a snapshot in her office for decades. She was 14 or 15 when she spotted Lawrence and Gorme enjoying a day at the beach in Long Beach, N.Y. Coletti asked if she could take a photo. “They were very obliging, and because of that, I have always followed their careers over the years.” That’s not the only claim to fame for Coletti, who started Sun West Homes 35 years ago. “We built Celine Dion’s home out here in Lake Las Vegas.”…

Former KLAS-TV, Channel 8, morning anchor Dayna Roselli is co-hosting the 6-9 a.m. news at KXNT with Joe Gillespie this week. The part-time gig is open-ended. She has been interviewing for other opportunities since leaving KLAS a year ago in June. She has chosen to stay here “because I love Las Vegas,” she says, and she has been in a relationship with “Jersey Boy” Deven May for almost a year.

Actor/director Rick Schroder, with his wife and a friend, dining Sunday and Monday at Spago (Forum Shops at Caesars). … Billionaire investor Warren Buffett, in the audience Saturday at “Jersey Boys” (Paris). … Broadway star and actor Joel Grey, in the audience and backstage Saturday at “Penn & Teller” (Rio).

“Oprah (Winfrey) was shopping in Switzerland, and a Swiss clerk refused to show her a $38,000 purse. To prove her point, Oprah bought Switzerland.” — Conan O’Brien