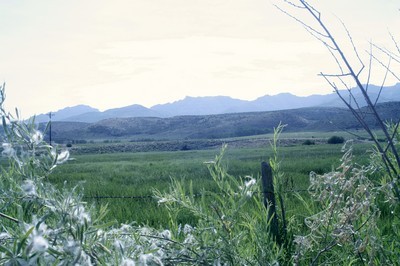 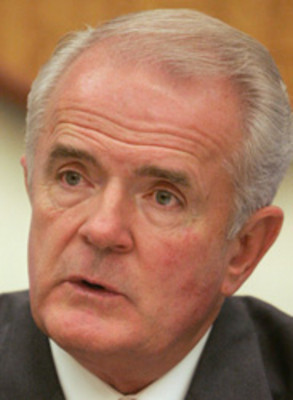 RENO — Gov. Jim Gibbons asked for and received a property tax break on a vacant rural parcel he owns in Elko County that saved Nevada’s chief executive thousands of dollars a year and left the county assessor feeling pressured.

Records show the first-term Republican governor lowered his annual property tax liability to $15 from about $5,000 on the 40 sagebrush-dotted acres he owns near Lamoille by getting it designated as agricultural land rather than residential.

Elko County Assessor Joe Aguirre, who said he first objected to the designation and then allowed the change to take effect after requests from the governor and an attorney who serves on the Nevada Tax Commission, said the process made him “feel uncomfortable.”

“To say I was put in an awkward position I think is an understatement,” Aguirre, a Republican, said.

Gibbons spokesman Ben Kieckhefer called any suggestion of intimidation or criticism of the cattle grazing deferral “ridiculous” and said the governor’s property had been grazing land for years and still is.

He described the legal transaction as “regular” and said there was a lease agreement between the former owner and the governor showing it would be used for grazing.

Nevada allows agricultural property tax breaks to help farmers and ranchers who eke out a living from the state’s harsh landscape. In the early 1990s, the Legislature, concerned that people wealthy enough to buy elbow room were taking advantage of the agricultural deferment, raised the annual farming income threshold on tax-deferred land to require they take in at least $5,000 from agricultural uses. Previously only $1,500 a year was required.

The governor, who is steering the state through a budget crisis after tax revenues fell off dramatically, and first lady Dawn Gibbons purchased the rural property for $575,000 in August 2007.

They said they financed the purchase by trading other property they owned and using Gibbons’ congressional pension and that they planned to build a home there when they retired. The governor has since filed for divorce.

Aguirre said Gibbons asked for the agricultural deferral a few weeks after buying the land, but the assessor didn’t approve it.

“I told him I didn’t think he would qualify,” Aguirre said. “As is, he can’t qualify.”

After the governor’s visit was followed by letters from a Nevada Tax Commission member, Aguirre said he did nothing, letting the deferral take effect by default for one year.

Aguirre said the case gnaws at him as he approaches retirement next month after 17 years in the elected position.

Given the purchase price, Aguirre said the property if designated for residential use would have an assessed value of $201,250, with annual taxes of about $5,000. Under the agricultural deferment, he said the value was slashed to $1,620, and taxes reduced to $15.

Aguirre said the property may have been part of a larger ranch, but it now must qualify for the agricultural deferment on its own.

One way to do that, according to the Elko County district attorney’s office, is to show the owners received at least $5,000 gross income from agricultural pursuits in a preceding year.

Aguirre said he told Gibbons last September, after the governor came to his office, that the property wouldn’t qualify because it wasn’t large enough to earn that much income.

Forty acres isn’t a lot of ground for an animal that needs 800 pounds of forage a month, industry experts said. The Nevada Cattlemen’s Association said one rule of thumb is 100 acres per cow if the land is mostly scrubby sagebrush, though less is needed if the land has higher quality feed and water.

Grazing land lease rates range from $1.35 to $20 per animal unit month, meaning that if Gibbons’ 40 acres could support a cow, the going rate would be $240 a year on the high end, about $500 if it supported two cows.

A month after Aguirre told Gibbons that his property would not qualify, his office received an application for the agricultural assessment on Gibbons’ behalf from John E. Marvel, an Elko attorney and member of the Nevada Tax Commission of which Gibbons is an ex-officio, nonvoting member. Marvel has served on the panel since 1990, and was last reappointed by former Gov. Kenny Guinn in 2005. Marvel is the son of longtime Assemblyman John W. Marvel, R-Battle Mountain.

“To me it seems odd that a member of the Tax Commission was involved,” Aguirre said. “I did feel uncomfortable.”

“There’s absolutely zero relation between the assessment of this property and the Nevada Tax Commission,” Kieckhefer said.

The commission oversees the Department of Taxation, setting regulations, enforcement and audit policies. It also hears taxpayer appeals of hearing decisions and is charged under law with ensuring taxes are applied consistently by assessors among taxpayers.

Marvel was retained by the governor, Kieckhefer said, because “he’s the attorney who does this in Elko,” and “because he’s a damned good attorney.”

Marvel did not respond to three phone calls by the AP to his office seeking comment.

In a letter accompanying Gibbons’ application, Marvel said his clients “will be generating in excess of $5,000 of gross income per year from agricultural use.”

Aguirre wrote Marvel that he needed proof of the claimed income. He also said that to qualify, “half of the feed to maintain the livestock on the property” must come from that land.

On Dec. 26, Marvel submitted copies of the front side of two checks from Whitehead to Gibbons in the amounts of $1,500 and $4,227, with notations saying they were for 2007 lease payments, according to documents obtained by the AP. Aguirre said from the documentation provided he couldn’t determine whether the checks had been cashed and he didn’t feel comfortable questioning the governor or Marvel on that matter.

Whitehead, contacted by phone, declined to comment, saying it was a private matter.

Aguirre said before Gibbons’ tax break became local coffee shop fodder, one or two people a year would apply for agricultural deferments. In the past few months, he’s had about a dozen. “That’s my main concern. To protect the legitimate people. The mom-and-pop people,” Aguirre said.

Debate over tax breaks for so-called “hobby farmers” isn’t new, and Assemblyman John Carpenter, R-Elko, said the governor’s deferral could be used as an example of the need to review the law again during the 2009 Legislature.

“The law the way it’s written is being abused, I don’t think there’s any question about it,” Carpenter said. “The governor is not the first one to do it.

“I think the law needs to be rewritten to tighten it up.”