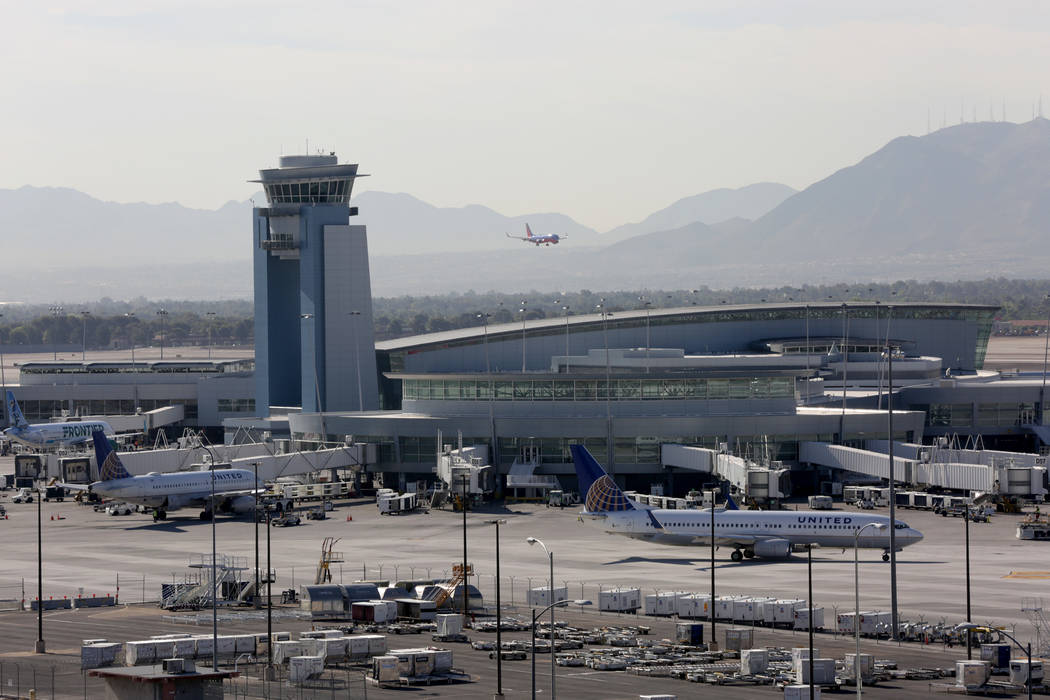 An air traffic controller who became incapacitated while on duty at the McCarran International Airport tower last week is no longer employed by the Federal Aviation Administration.

A representative of the agency didn’t say Monday whether the controller resigned or was fired nor whether its investigation of the incident has been concluded, citing privacy concerns.

The FAA said Friday there were no safety events or losses of required separation between aircraft during the incident between 11:09 and 11:50 p.m. Wednesday, when the female controller began slurring words, gave incoherent commands to pilots, began coughing, then went silent.

FAA officials declined to comment on whether they believed the controller suffered a medical emergency, but paramedics were dispatched to the tower when the incident was initially reported.

The incident got the attention of Rep. Dina Titus, D-Nev., a member of the House subcommittee on aviation, who said she was briefed about the matter and called it “deeply disturbing.”

The FAA placed the controller, a woman who they didn’t identify, on administrative leave pending an investigation. Her performance appeared to degrade at 11:09 p.m. and became impaired at 11:24 p.m. She then appeared unresponsive at 11:47 p.m. A second controller entered the tower cab at about 11:50 p.m. and began handling air traffic at 11:54 p.m.

A recording of tower communications between the tower and airline pilots at the time of the incident from LiveATC.net includes some exchanges with pilots asking the controller to repeat her instructions after giving them.

At one point, a pilot said he was “checking on the tower, something’s going on up there.”

Later in the recording, the controller’s microphone appears to be open and the controller can be heard coughing several times. A distant male voice asked, “Are you all right?”

Some pilots started radioing each other and indicated they were going to stay in place until there was a resolution to the incident. Eventually, a new voice began giving pilots instructions from the tower control.

The nation’s air traffic control system is interdependent with multiple redundancies of systems to prevent accidents and reduce risks, according to the FAA. Pilots are trained not to land unless they have landing clearance.

The LiveATC.net recording indicates some pilots opted not to depart or communicated with other aircraft on a common radio frequency. Aircraft on the ground either held their position or proceeded cautiously while questioning the controller and communicating with each other.