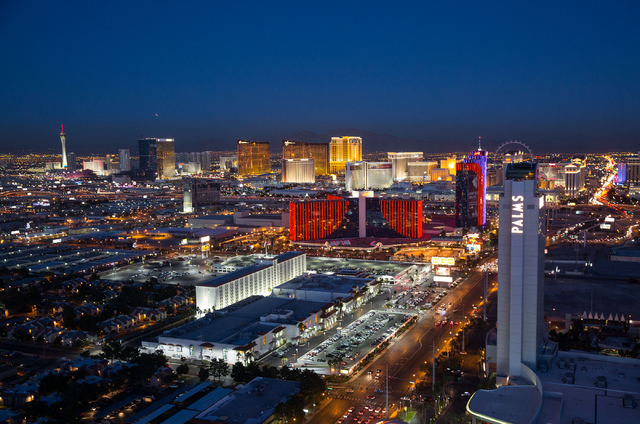 Las Vegas is full of mysteries, even if you’ve lived here your entire life. That said, we want to solve them, so we asked what questions about Las Vegas you’ve always wanted answered. We’ll tackle them once a week in Knowing Vegas.

This week, it’s all about the money. What was the most expensive Las Vegas hotel to build?

Compare that to the Cosmopolitan, which overtook the Wynn in 2010 as the city’s most expensive hotel. The Cosmo didn’t just surpass the Wynn in dollars spent — it blew it out of the water.

It cost $3.9 billion to build the Cosmo ($4.16 billion adjusted for inflation). That makes the Cosmo the fourth-most-expensive hotel in the world, behind two in Singapore and one in United Arab Emirates.

Here are the most expensive hotels in Las Vegas, with construction costs adjusted for inflation:

What have you always wanted to know about Las Vegas? Email your questions to Stephanie Grimes at sgrimes@reviewjournal.com. Find her on Twitter: @stephgrimes

The adjusted construction costs were calculated based on the Consumer Price Index published by the U.S. Bureau of Labor Statistics.