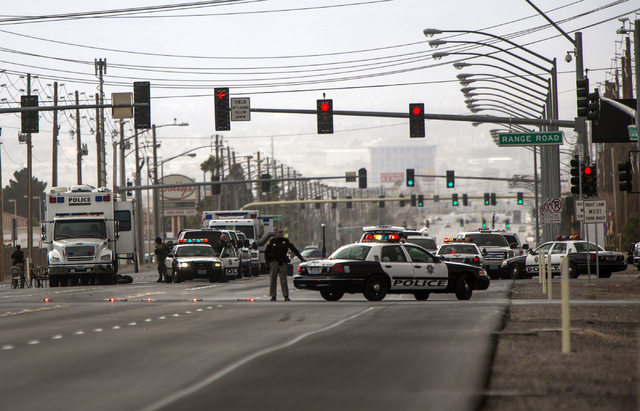 Law enforcement personnel gather outside Nellis Air Force Base at Las Vegas Boulevard and Range Road on Thursday. A man barricaded himself in the parking lot of the Mike O'Callaghan Federal Medical Center. Police believe the man is armed and trying to harm himself, said police spokeswoman Laura Meltzer. (Jeff Scheid/Las Vegas Review-Journal) 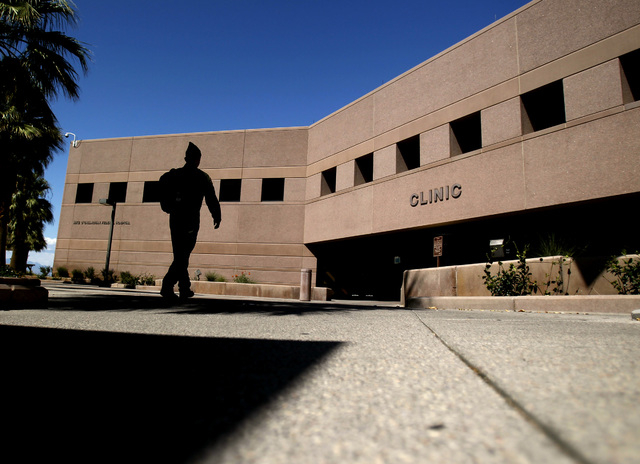 A man barricaded himself Thursday morning in the parking lot at Mike O'Callaghan Federal Hospital at Nellis Air Force Base. SWAT and police negotiators are on the scene. (Jeff Scheid/Las Vegas Review-Journal file) 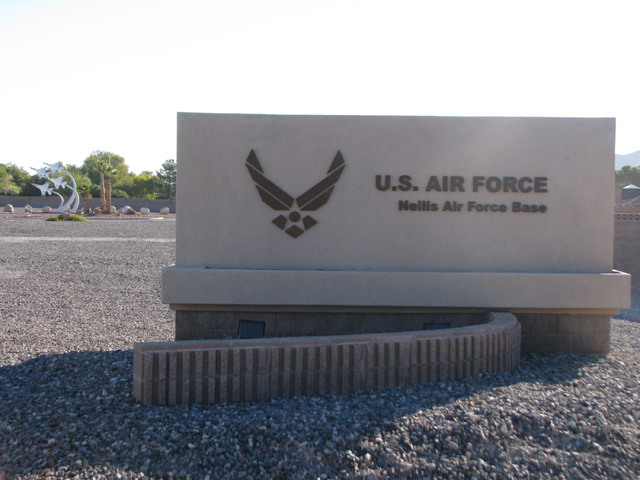 Roads around Nellis Air Force Base reopened about 4 p.m. Thursday after police took into custody a man who had barricaded himself in a hospital parking lot.

Las Vegas police received a call at 9:20 a.m. about a possible suicidal male, according to Metro Lt. Sasha Larkin.

Police located the man about an hour later and saw him pointing a gun at his head, then his chest, Larkin said.

After spending several hours on the phone with SWAT and crisis negotiators, police took the 50-year-old into custody about 3 p.m., police said. No one was hurt. The man was taken to an off-base hospital and is undergoing evaluation.

“The best thing is that we saved somebody’s life today,” Larkin said.

It is unknown whether the man serves or previously served in the military, police said.

“The SWAT professionals performed superbly, and I’m particularly pleased with the teamwork between Las Vegas Metro law enforcement and our 99th Air Base Wing Defenders to bring a positive ending to this stand-off,” said Col. Barry R. Cornish, 99th Air Base Wing commander.

Las Vegas Boulevard was shut down between Craig and Range roads for hours near the base while authorities tried to talk with the man, police said.