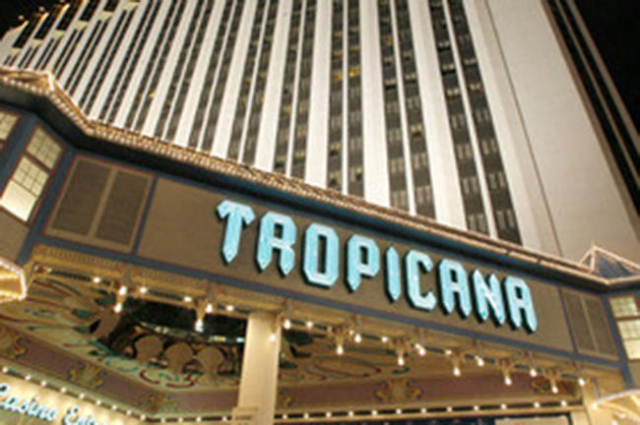 Before the name is lost to history in Las Vegas, a place that revises its past like no other, pause to consider the life of Donald Shepard.

He died recently at age 79. In another place, at another time, Shepard might have been remembered as a good-humored executive in a factory town. As you know, Las Vegas is no ordinary place, but a casino-driven factory town that produces fantasy for millions of tourists and dreamers.

In many ways Shepard’s career around the casino business of the 1970s held the promise of near-anonymity at the Tropicana. At a time the gaming industry’s leading lights espoused the racket’s corporate virtues with the zeal of Jerry Lewis playing Shakespeare, Shepard and his trusted associate Billy Caldwell found themselves working quietly on behalf of the Tropicana’s real owners, members of the Kansas City mob family ruled by Nick Civella.

Like the corporate business barons of today, Civella had a head for business but wasn’t much interested in paying income taxes. So with help from Joe Agosto and some other characters, Civella’s Tropicana casino interests remained underground and off the books.

To make good on his promise to Civella, Agosto relied on the best in the business: Carl Thomas, who in turn plugged in Shepard and Caldwell. They were among the 11 defendants named in a 17-count indictment charging everything from conspiracy and transportation of stolen goods to interstate racketeering in association withe the skimming of casino cash at the Tropicana.

Their roles were essential, but for the most part their profiles were eclipsed by the case’s more notorious players. That was probably a good thing.

Back then, the federal government worked against the mobbed-up casino guys and their lawyers. Although future Las Vegas Mayor Oscar Goodman is the best-known lawyer, during the Tropicana case the government went hard after attorneys Steve Stein and Byron Fox, who represented Shepard, Caldwell and other defendants. The U.S. District Court disqualified Stein and Fox at one point from representing so many players — not all of whom would be motivated to fight the government until the final gavel.

Stein, for instance, had also represented the mob front man-turned-cooperating witness Agosto and a half-dozen others in various capacities during the case.

Keeping counsel and eventually paying his debt to society wasn’t Shepard’s biggest concerns in those days. Back then, Nick Civella was nervous about being taken by the same guys who were stealing for him at the Tropicana.

As Nicholas Pilleggi wrote in “Casino: Life and Death in Las Vegas,” in 1978 “(Carl) Thomas had recently been put in charge of the skim at the Tropicana Hotel, and now there was a problem: Civella believed that he was being skimmed by the very people Carl Thomas had put in charge. Casino manager Don Shepard — who was known by the code name ‘Baa Baa’ and was one of Thomas’s most reliable count room skimmers — had lost $40,000 in cash at a card game; when Civella heard about it, he immediately concluded that Shepard could never have accumulated that kind of money unless he was stealing it.”

Civella temporarily halted the skim in an attempt to detect the insider man who couldn’t be trusted to steal for the house. After six weeks, perhaps being reminded that there really was no honor among thieves, he ordered the skim to continue.

But Civella’s days on the street were numbered. He would take a fall for the Tropicana caper along with a busload of Kansas City hoodlums and their underlings.

He did his time, but you might say he was one of the winners among the many losers.

Shepard returned to the street surrounded by the right kind of family — his own. He remained married to wife Nancy for 50 years, saw his four children grow up and have kids of their own. He even got to experience the joy of a great-grandchild.

The casino survivor took a Parkinson’s disease diagnosis in stride in 2002 and kept smiling without complaint.

In short, he learned a life lesson that’s lost on so many under the neon: Easy money never lasts, but the love of family and friends makes every man a winner.