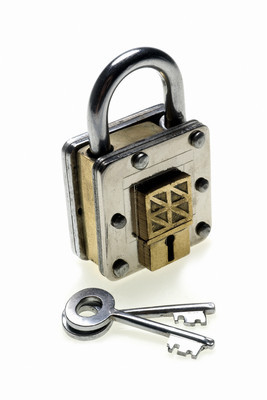 As part of the process of approving a new locksmith license for Yair Refael, Las Vegas city officials checked out the addresses he provided on his application.

One, it turns out, is a 7-Eleven convenience store. The other is a Burger King.

That, along with reported discrepancies between his stated experience and his actual work history, was enough for the City Council to turn down his application earlier this month.

Cases such as this one have city officials concerned that regulations for locksmiths need adjusting, even though they already are more strict than rules for most other businesses.

"There’s a big trust factor in this type of business," said Jim DiFiore of the city’s business services division.

His office is working on a report about locksmith licensing and concerns about unlicensed operators.

"It is a valleywide problem," DiFiore told council members at their April 1 meeting. "It is happening in jurisdictions across the country. Not only in the industry is there a problem, but in the marketing and the advertising there is a problem."

Because of their special access to homes and businesses, locksmiths go through a background check and a trial period before being granted a business license.

Las Vegas has 38 active and pending locksmith business licenses, according to city records.

When he appeared before the council, Refael acknowledged that the false addresses were a mistake.

But he said it’s common for locksmiths to list dummy addresses and work solely from a truck or van.

"I just see it as not beneficial, cost-efficient, to have an office or shop if you can make a living as a mobile service," he said.

"When you come to my house, you now have access to my house forever," he said. "And I don’t know where you are. That bothers me."

"That’s the same as a lot of different industries," Refael responded, adding that as long as his business is registered with the Nevada secretary of state, all should be well: "If you really want, you can find me."

"If I want a burger, I can go to Burger King," retorted Steinman retorted. "You’re not there."

Refael isn’t the only one to get dinged by the City Council lately. In March, Ronen Benkel was denied a permanent business license because of listing dummy addresses, and because city officials thought he had been working as an unlicensed locksmith.

"They are ridiculous," Benkel said Friday. "They are like animals who have their heads in the ground."

He blamed the addresses on a business manager he had hired who was fired when the action came to light.

Investigators also found a corporation he formed, Safe Key Inc., which he says was created for tax purposes while working for another licensed locksmith.

"I did stuff and it was wrong, and I apologize for that," Benkel said. "I’m trying to run a legal business."

He said as much to the City Council, and noted that he has an active license in Henderson, but council members weren’t mollified.

"This just doesn’t smell right," Councilman Steve Ross said at the meeting. "I’m thrilled that he got his license in the city of Henderson. That’s awesome. In the city of Las Vegas, I can’t support it."

Benkel and Refael thought they should get credit for applying for the licenses, a step other operators sometimes don’t bother to take, according to city officials and people in the industry.

"I have friends in town, they work for national companies," Benkel said. "They don’t have a license. They don’t have a sheriff’s card. They’re like a ghost. And they make big money. I try to do the right thing, but nobody cares."

Cities all over face the same issue, said Tim McMullen, spokesman for the Associated Locksmiths of America, a Dallas-based group that lobbies for tighter regulation of the industry.

"This is a nationwide problem," he said.

There are a handful of large companies that will hire three or four employees in a city, buy hundreds of phone numbers there and blanket the Internet and phone listings.

"They buy up all these listings, so when you call 4-1-1, you might get one of these bad operators," McMullen said.

Plenty of good locksmiths are out there, McMullen said.

The best thing a consumer can do is find one before an emergency comes up and keep that person’s number handy.

Those who feel they’ve been taken advantage of should contact the state attorney general’s office or the Federal Trade Commission.

As for the denied locksmiths, Benkel said he will try for a Las Vegas license again at some point, and Refael said he’ll try to find work as an employee of another locksmith. That doesn’t require a full background check, just a search for past criminal offenses.

"Could they hire him and he would not necessarily ever come into our system for your review?" Goodman asked investigators, who said that was the case as long as there’s no criminal record.

"At least we know where we stand," he said. "I think we’d better start looking into this industry."