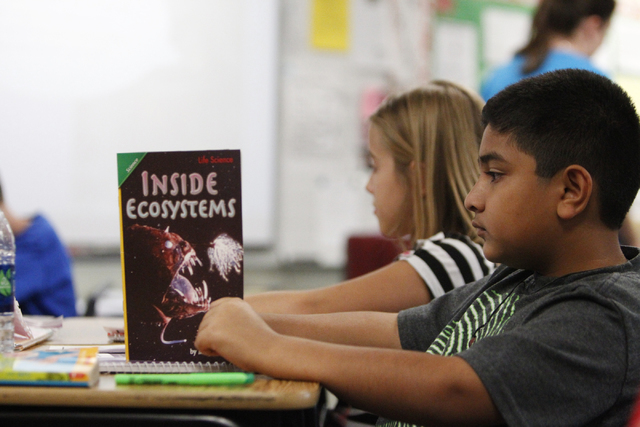 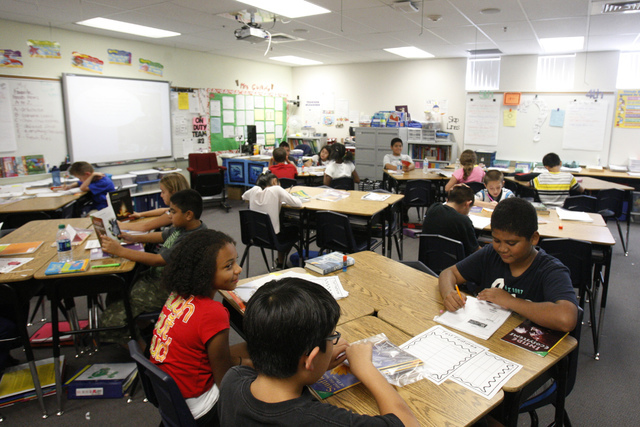 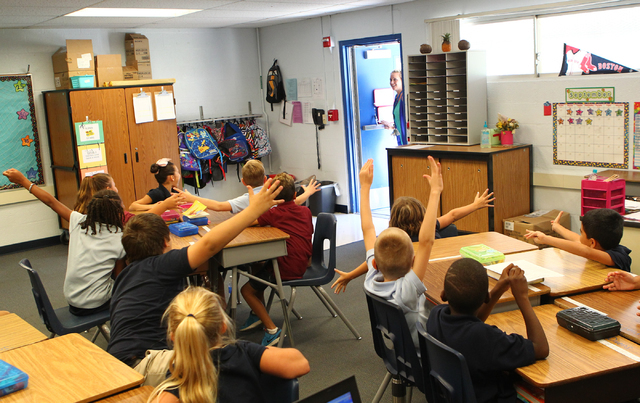 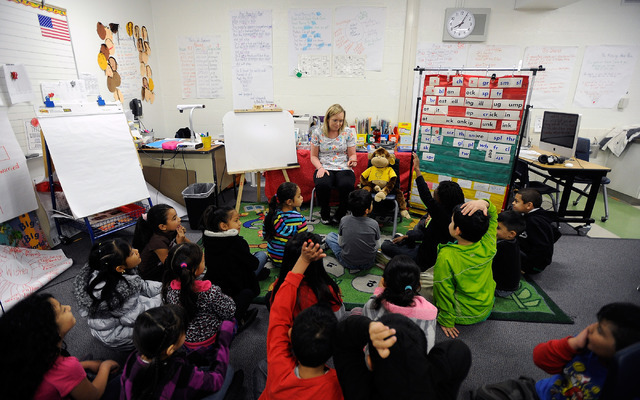 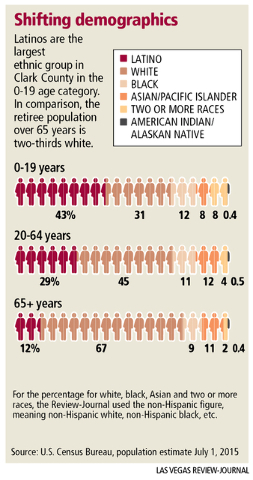 Nevada isn’t a majority-minority state quite yet. But it is projected to be in 2022 or 2023, according to the state demographer.

Part of the driving force is that more of Nevada’s 19-and-under population is Hispanic than white (non-Hispanic white). As of 2015, the estimate was 41 percent to 37 percent respectively, according to the U.S. Census Bureau’s latest figures released today.

Five years ago, the estimate was 40 percent white and 39 percent Hispanic.

The state demographer, Jeff Hardcastle, said about a third of the Hispanic population had lived in the state before 2000, a third were born between 2000 and 2010, and a third migrated from out of the state or country.

“But immigration in the Hispanic population is slowing down, and the growth is going to be driven by birth,” he said.

Another trend is that birth rates among all groups are falling, he said.

Clark County, where almost three-quarters of the state’s population resides, is already majority-minority when Hispanics, blacks and Asians are combined. The 19-and-under Hispanic population is estimated at 43 percent, and the white population at 31 percent, according to the census. Comparatively, the 65-and-older population is two-thirds white and 12 percent Hispanic.

Of nearly 27,800 babies born in Clark County in 2014, nearly 39 percent were Hispanic, including Mexican, Cuban, Puerto Rican and South American; 36 percent were white (non-Hispanic), and 15 percent were black, according to the Centers for Disease Control and Prevention.

Birth rates by race or ethnicity were not available. However, the 19-and-under white population has decreased every year in Clark County for the past five years, in increments ranging from 900 to 5,000, but the overall white population was slightly higher in 2015 than 2010, according to the census.

Middle-class white families are having fewer children, said María Raquél Casas, associate professor at UNLV whose specialty is Mexican-American history. This is tied to class and labor, and not just race or ethnicity, she said.

Given that baby boomers are retiring and leaving the workplace, it is critical to invest in access to quality education for today’s youth to be productive Americans, said Casas, who at 52 is starting to contemplate her own retirement. After all, today’s youth will be the backbone of Nevada’s future labor force, she said.

“It’s important to recognize that Nevada’s economic well-being lies in its youth,” said Casas, who earned her doctorate in history from Yale. “If we don’t prepare this generation to enter into the 21st century workforce, there could be a potential gap (in skilled labor).”

She specifically pointed to the need for more funding and resources to advance the education of all students in Nevada.

“It’s up to our legislators to prioritize and think systematically,” she said. “If you’re really serious about benefiting students 20 years from now, we have to start supplementing the education system from K through 12.”

In the 2014-15 school year, the Nevada Report Card showed 18 percent of the Clark County School District enrollment, or 58,523 students, as English language learners.

In that same school year, 58 percent of English language learners after four years of high school did not earn a diploma.