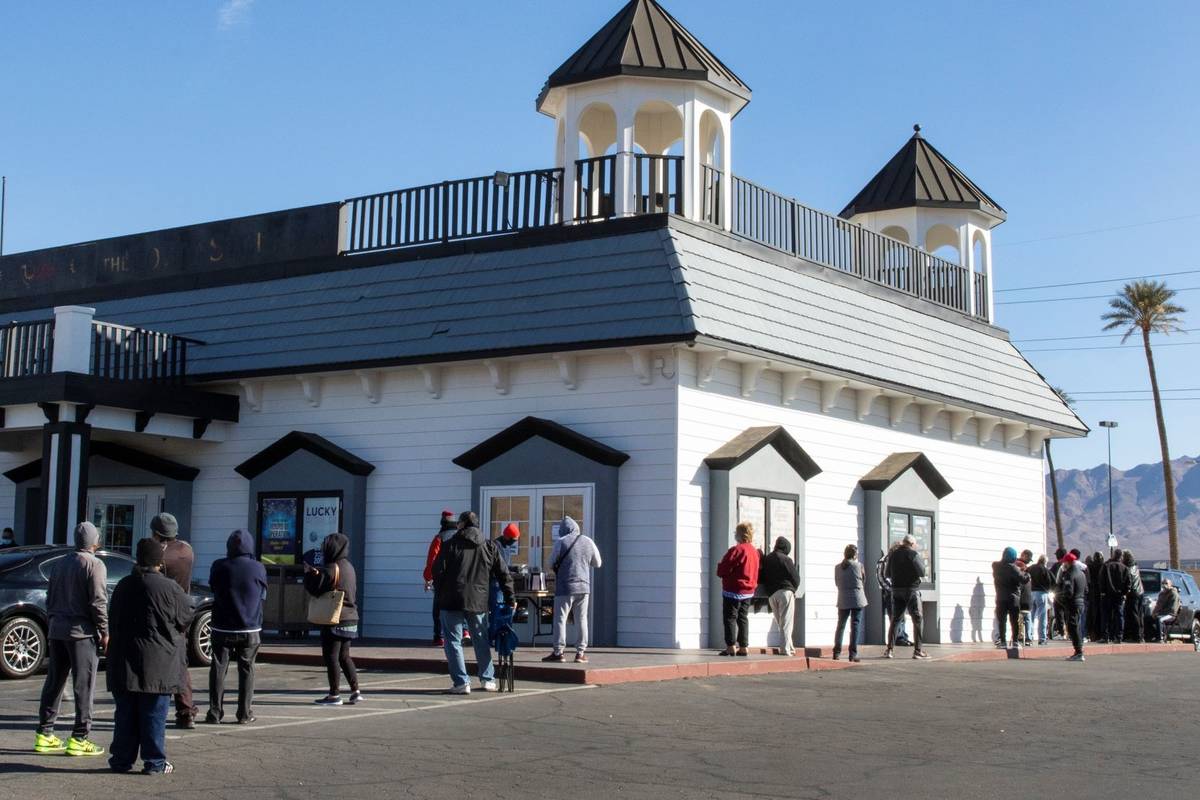 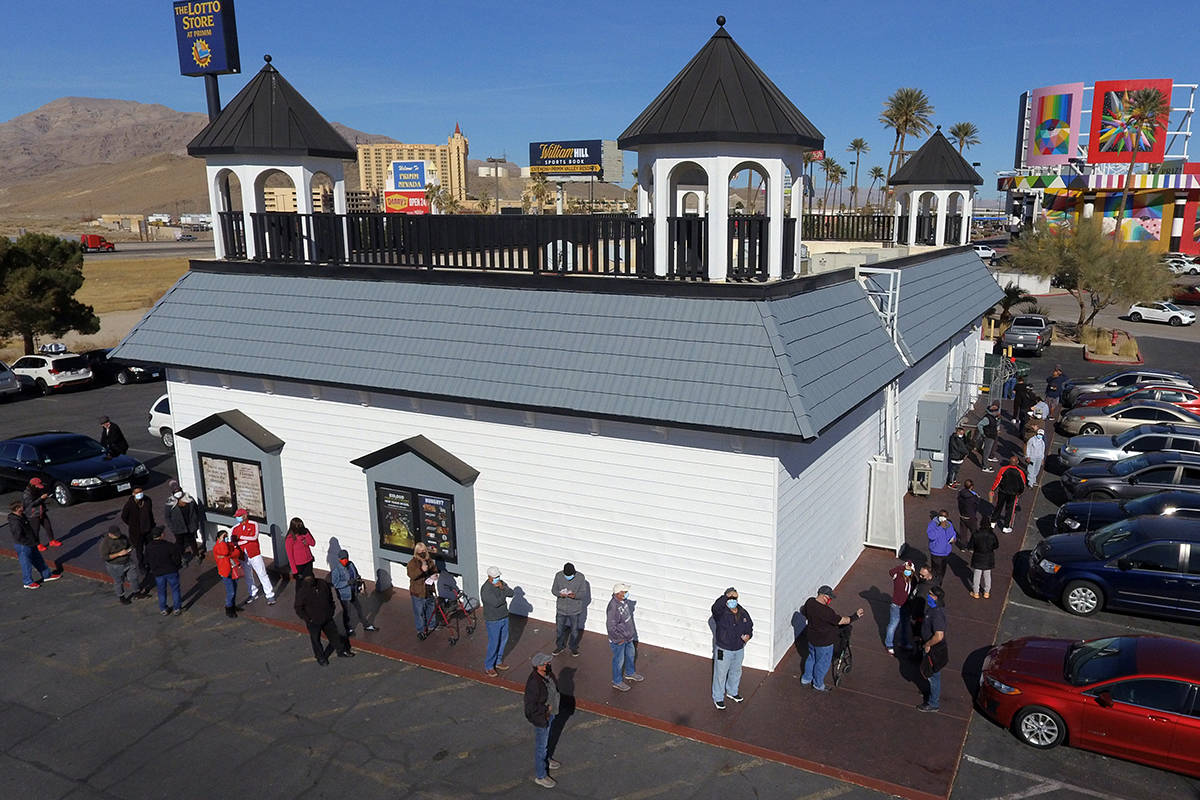 Hundreds line up outside of the Prime Valley Lotto Store as people wait to buy the Mega Million and the Powerball lottery tickets, on Tuesday, Jan. 12, 2021, in Primm. (Bizuayehu Tesfaye/Las Vegas Review-Journal) @bizutesfaye

The addition of numbers in recent years has made it harder to win either of the two largest lottery jackpots in the United States.

And that is leading to hourslong lines of people at Primm and Arizona ticket outlets in recent weeks.

Will the wait pay off for somebody this week?

The Mega Millions jackpot for the Tuesday drawing has reached $850 million while the Powerball will offer a jackpot of $730 million on Wednesday.

That’s nearly $1.6 billion between the two.

Combined, the two jackpots would nearly match the largest lottery jackpot in U.S. history. But on their own, they are well short of the record.

The largest Powerball jackpot was $1.586 billion on Jan. 13, 2016. There were three winners, one each in California, Florida and Tennessee.

If a winner opts for the entire jackpot at once, known as the cash value, Mega Millions would pay out $628.2 million and Powerball would be worth $546 million.

The closest store near the Las Vegas Valley selling tickets is the Primm Valley Lotto Store on the Nevada-California border. The store is about 45 miles southwest of Las Vegas along Interstate 15.

In November, a Mega Millions ticket sold at the store hit for more than $1 million.

Be warned, the odds of winning Powerball are 1 in 292 million while the odds for Mega Millions are 1 in 312 million.