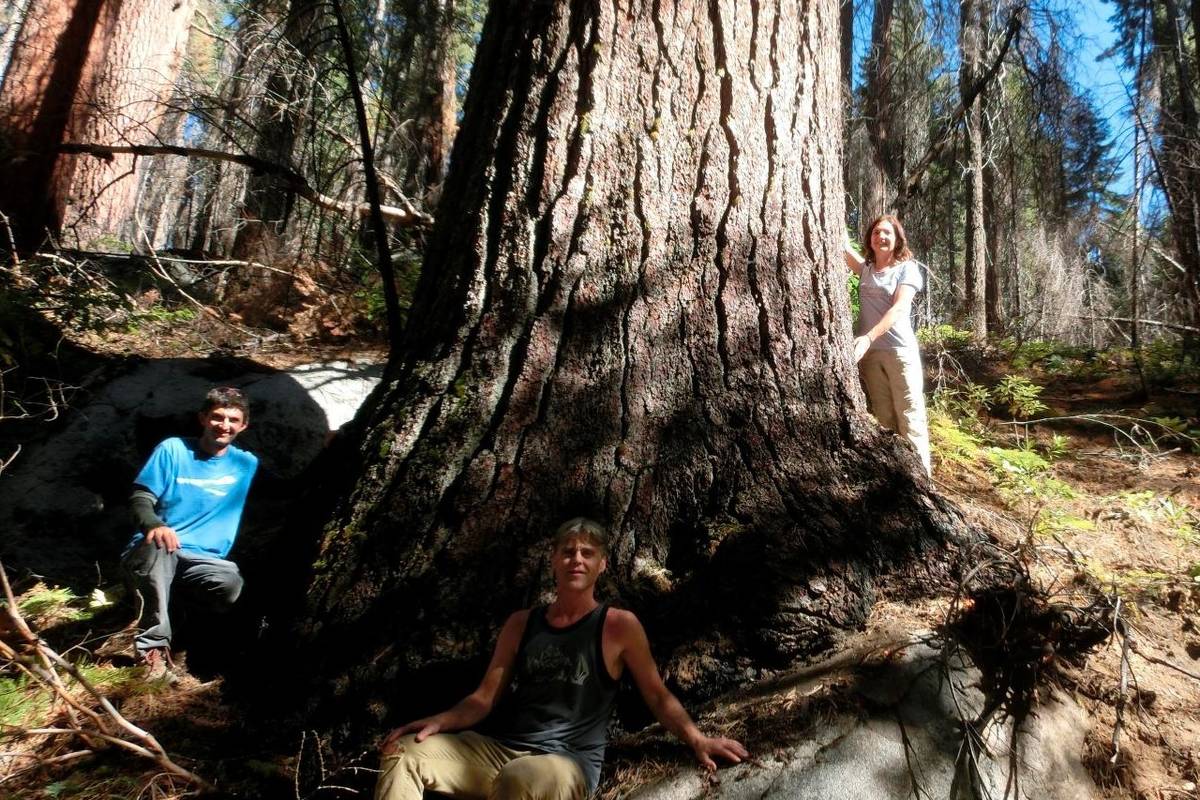 SOUTH LAKE TAHOE, Calif. — A big tree hunter who has been charting some of the largest trees in the West for more than a decade has added three in the Sierra Nevada to the list of tallest sugar pines known to exist in the world.

Michael W. Taylor recently documented two in the Tahoe National Forest west of Lake Tahoe nearly as tall as the length of a football field. At 267 feet, 6 inches and 267 feet, 1.8 inches, they are the second and third tallest sugar pines ever recorded, the Tahoe Daily Tribune reported.

The third, found in the Stanislaus National Forest, checks in sixth on the all-time list at 253 feet, 2 inches.

The largest of the three, dubbed the “Redonkulous” tree, measures 10.5 feet in diameter 4.5 feet above the ground — a universal measurement known as diameter breadth height.

Taylor, a longtime partner of the Sugar Pine Foundation in South Lake Tahoe, California, located and hiked to the growing behemoths based on satellite sensing data from the National Oceanic and Atmospheric Administration and U.S. Geological Survey. The nonprofit supports his exploration as it works to combat the effects of bark beetles and blister rust in western forests.

Taylor said the tallest sugar pines he has found tend to be on the western slope of the Sierra Nevada and up into Oregon, where there isn’t as heavy of a snow load. He doesn’t like to give the exact location of the trees out of fear that the public will “love them to death.”

“For me, it’s like a new frontier, but it’s also a treasure hunt,” Taylor told the Daily Tribune earlier this month.

Taylor also was responsible for finding the tallest sugar pine in 2015, the Tioga Tower, measuring 273 feet, 8.9 inches. In 2006, he co-discovered the tallest known living tree on Earth, the Hyperion, a Coast Redwood in Redwood National Park that since has grown to 381 feet.

Learning from a laser

Tressa Gibbard, program manager for the Sugar Pine Foundation, said the discoveries allow them to learn more about the sugar pine as a species.

Taylor is a LiDAR specialist, which stands for Light Detection and Ranging. According to NOAA, LiDAR, “is a remote sensing method that uses light in the form of a pulsed laser to measure ranges (variable distances) to the Earth.”

Taylor said the laser transmits billions and or even trillions of signals that can be used to construct a surface map. “In my case, I’m looking for the tallest trees but also doing digital terrain models,” he said.

The maps he receives from NOAA, NASA and the U.S. Geological Survey can be overlaid on Google Maps. With the help of a partner, Duncan Kennedy, they go to those areas, which are oftentimes very remote, to confirm the size of a tree.

Kennedy is majoring in environmental studies at University of Nevada, Reno but has been helping Taylor since he was 13 years old.

“Given that we know the climate is changing, what can we learn from these trees that have been around for literally hundreds of years, about previous such shifts in the air temperature or the water cycle, or any other information we need to know?” Kennedy said.

Kennedy said standing below these trees is incredible.

“On one hand, there’s a definite sense of accomplishment there. You’ve found a tree that probably hasn’t been seen by human eyes in a very, very, very long time, if ever,” Kennedy said. “But on the other hand, you’re just still humbled by how big that tree is, how long you can feel it’s been there, how it’s been there through storms and fires and generations upon generations.”

Kennedy and Taylor said they can use information from the LiDAR scans to find remote areas where wildfire might be a huge risk, such as areas with lots of underbrush and small trees that aren’t as easy to access for controlled burns.

“Simply knowing that these enormous trees exist is awe-inspiring,” Gibbard said. “We don’t have many giant trees or old growth left: we need to take pains to preserve and protect these specimens intact.”