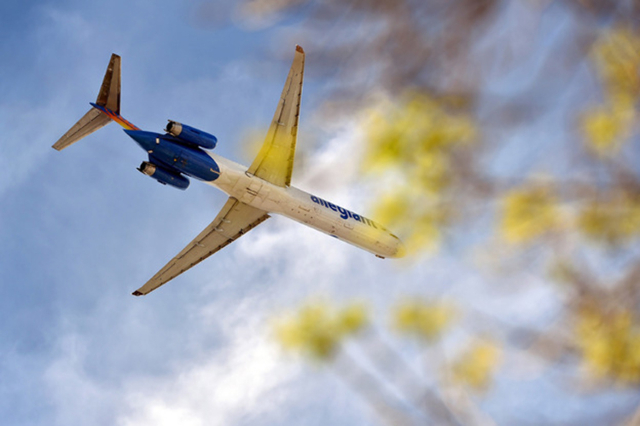 Another Allegiant Air flight has made an emergency landing, this time in Greensboro, N.C.

Passengers on the flight said they smelled smoke and heard a popping noise before crew members told them they were making an emergency landing, the Times reported.

It was the third emergency landing for Allegiant in two weeks. An Allegiant Boeing 757 bound for Fresno, Calif., returned to McCarran International Airport in Las Vegas on Saturday after an engine problem and an MD-80 jet made an emergency landing in Fargo, N.D., after pilots reported the plane low on fuel. The Fargo airport had been closed for an air show practice.

Passengers on the twin-engine MD-80 jet that landed in Greensboro were offered pizza and $100 vouchers on future Allegiant flights. After a six-hour delay, another plane arrived to complete the trip to Richmond.