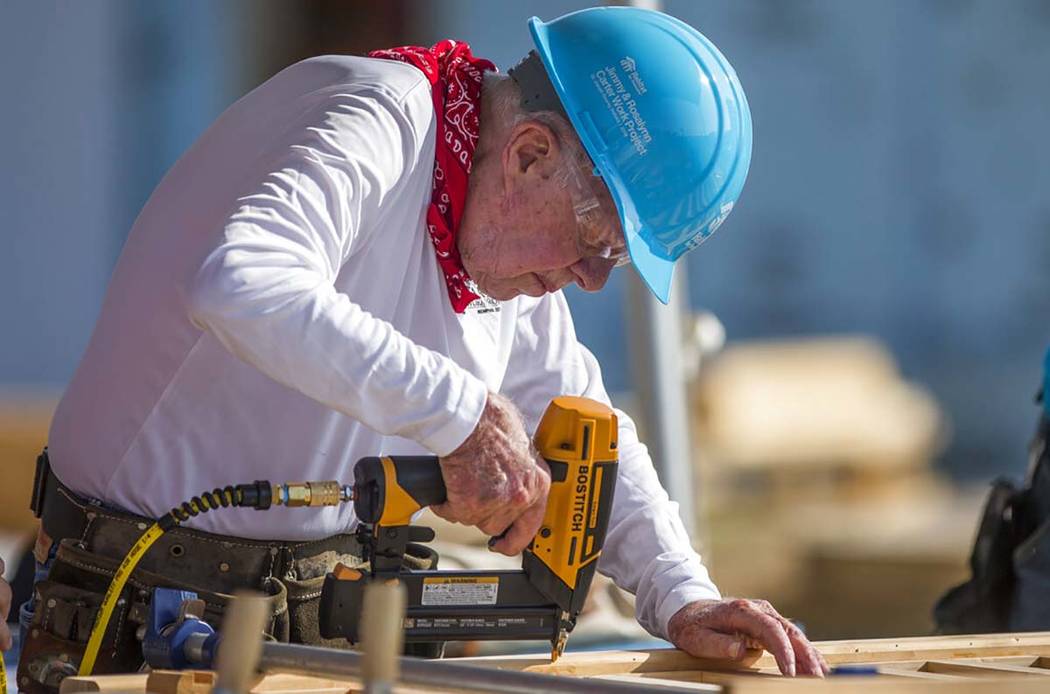 In an Aug. 27, 2018, file photo, former President Jimmy Carter works with other volunteers on site during the first day of the weeklong Jimmy & Rosalynn Carter Work Project, their 35th work project with Habitat for Humanity, in Mishawaka, Ind. Carter turned 95 on Tuesday, Oct. 1, 2019. (Robert Franklin/South Bend Tribune via AP, File) 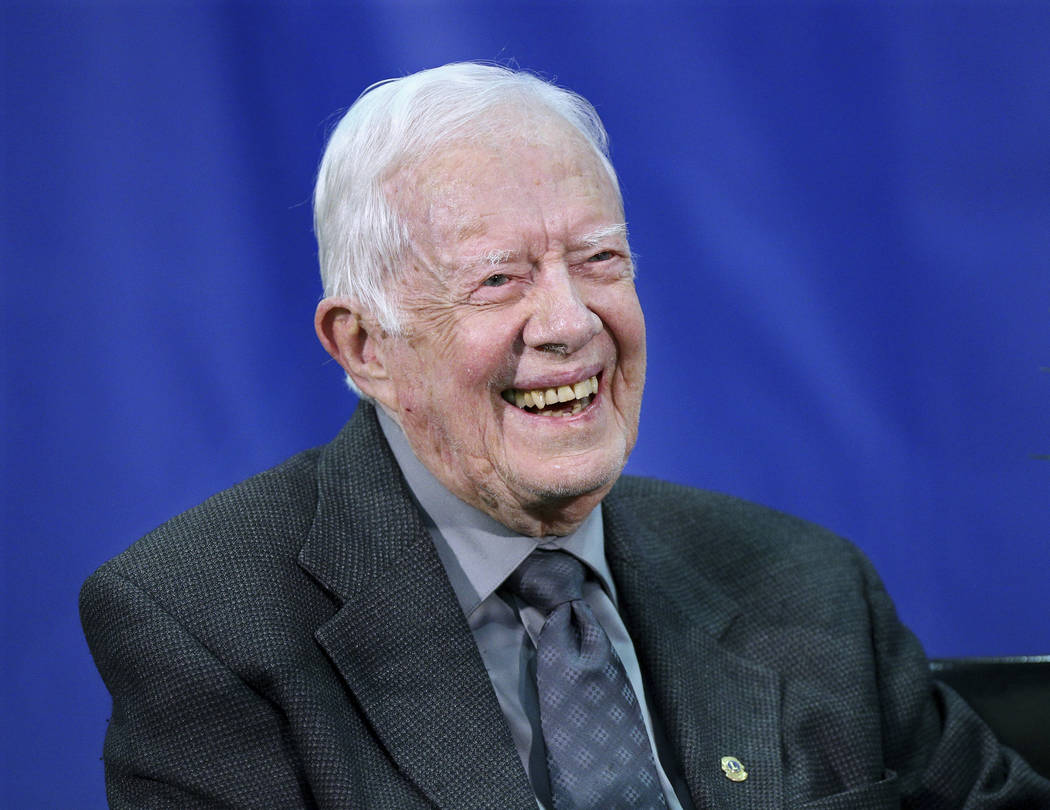 ATLANTA — Former President Jimmy Carter is out of the hospital where he was treated after fracturing his pelvis in a recent fall at his home, a spokeswoman said Thursday.

Carter Center spokeswoman Deanna Congileo said in a statement that the former president had been released from Phoebe Sumter Medical Center, was “looking forward to continuing to recuperate at his home in Plains, Georgia, and thanks everyone for their kind well wishes.”

Carter, 95, fell Monday evening at his home. Congileo had said in a statement earlier that his fracture was minor, and he was in good spirits at the hospital and looking forward to recovering at home.

It was the third time Carter fell in recent months. He first fell in the spring and required hip replacement surgery. Carter fell again Oct. 6 and despite receiving 14 stitches, traveled the same day to Nashville, Tennessee, to rally volunteers and, later, to help build a Habitat for Humanity home.

Carter is the oldest living former president in U.S. history. He and 92-year-old wife Rosalynn recently became the longest married first couple, surpassing George and Barbara Bush, with more than 73 years of marriage.

The 39th president survived a dire cancer diagnosis in 2015.