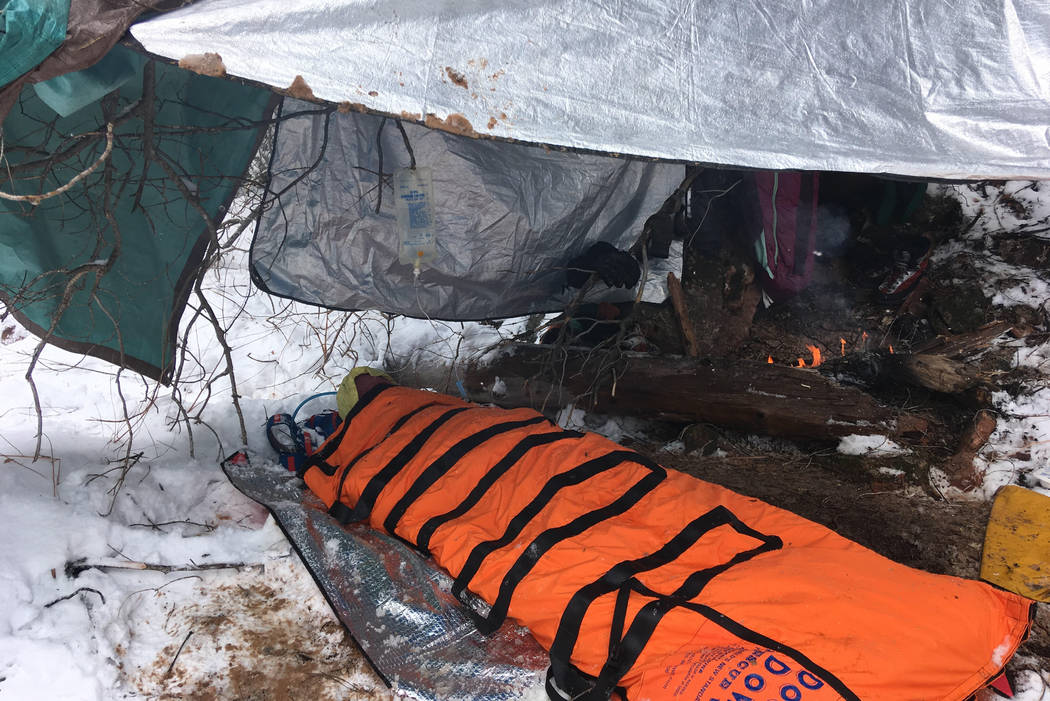 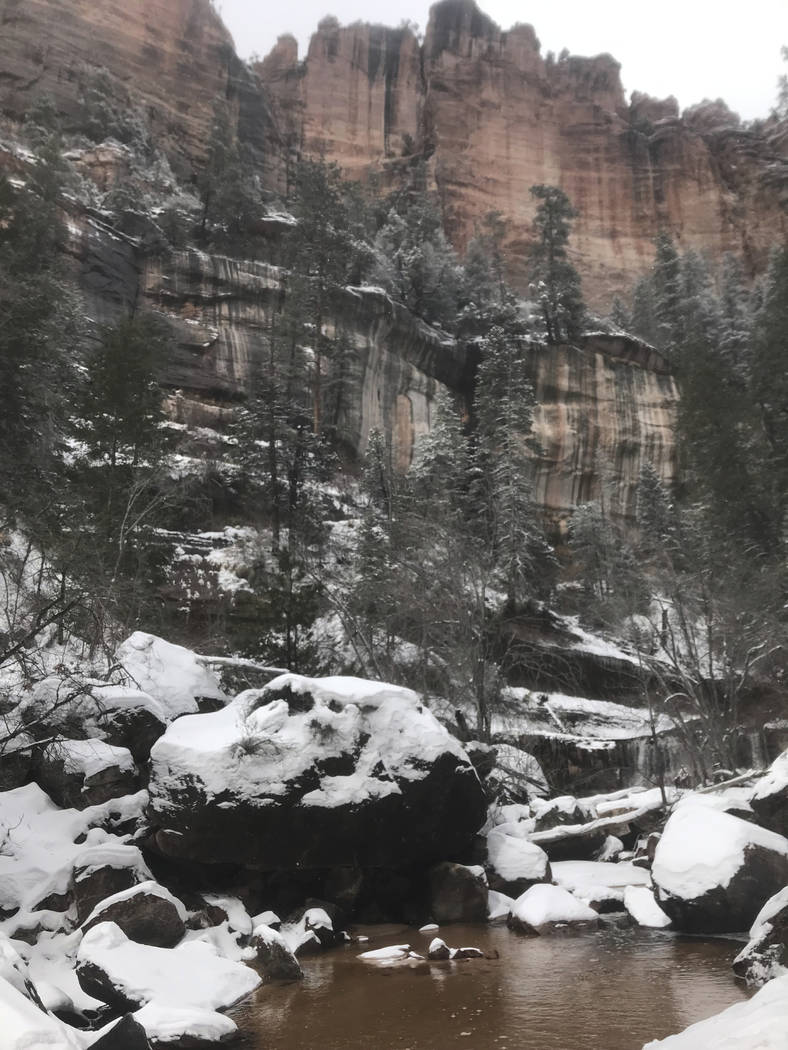 A creek where a hiker was rescued after being stuck in quicksand on Saturday, Feb. 16, 2019, in Zion National Park, Utah. The Zion Search and Rescue team took several hours, to locate the man who was stable but suffering from exposure, hypothermia, and extremity injuries. (National Park Service via AP)

SALT LAKE CITY — A man who was stranded for hours in frigid weather with his leg sunk up to the knee in quicksand at a creek in Utah’s Zion National Park said Tuesday that he feared he would lose his leg and might die because the quicksand’s water was so cold.

Ryan Osmun, 34, of Mesa, Arizona, told NBC’s “Today” show that he hallucinated at one point while waiting several hours alone after his girlfriend Jessika McNeill left him last Saturday to get help.

“I thought for sure I would lose my leg,” Osmun said. “And then toward the end I thought I wasn’t going to make it.”

Quicksand can form in saturated loose sand and standing water — the combination found on the river bed trail Osmun and McNeill were hiking, said Aly Baltrus, Zion National Park spokeswoman. Osmun had stepped into a small hole filled with it, Baltrus said.

The trouble for Osmun and McNeill began about four hours into the couple’s hike on a popular route called “The Subway” in the southern Utah park. McNeill said she sank in the quicksand. After Osmun freed McNeill, he got stuck.

She tried to pry his leg out with a stick, but realized that effort would not work. With no cellphone service in the remote area, they decided McNeill would have to go for help.

She left him with warm clothes and decided the fastest way to get help would be to swim down the river, which was waist-deep with frigid waters, rather than taking a trail.

“I kept telling myself: ‘He would do it for me,’” McNeill said.

It took her three hours to reach a location with cellphone service so she could call 911. McNeill said she felt like she was going to faint when she finally spoke with dispatchers. Rescue workers found her suffering from hypothermia, park officials said in a statement.

After rescue workers found Osmun, it took them two hours to get his leg free from the quicksand. He was suffering from hypothermia and rescue workers needed to airlift him out on a helicopter but it was snowing so they all had to spend the night at the site.

Osmun stayed in a sleeping bag on top of a mat next to a fire until Sunday afternoon, when the helicopter made it to the site.

He was taken to a hospital and was later released, saying he felt very lucky that all he suffered was a swollen leg.

“If it wasn’t for them and Jessica, I’d be dead for sure,” Osmun said.

Quicksand is not normally a problem at Zion National Park, but an unusually wet winter contributed to weather conditions that created the quicksand, Baltrus said.