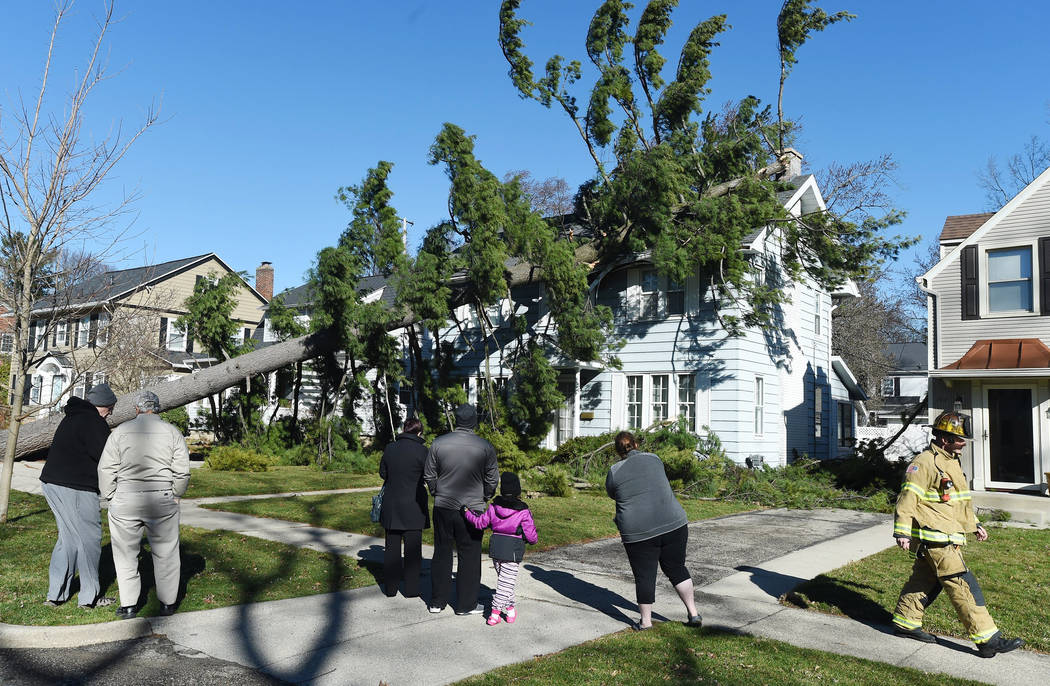 Jackson Fire Department personnel respond to a gas leak after a tree fell on a house in Jackson, Mich., on Wednesday, March 8, 2017. Fire and rescue crews were in multiple locations as high winds are knocking down trees and power lines in parts of Michigan. (J. Scott Park/Jackson Citizen Patriot via AP) 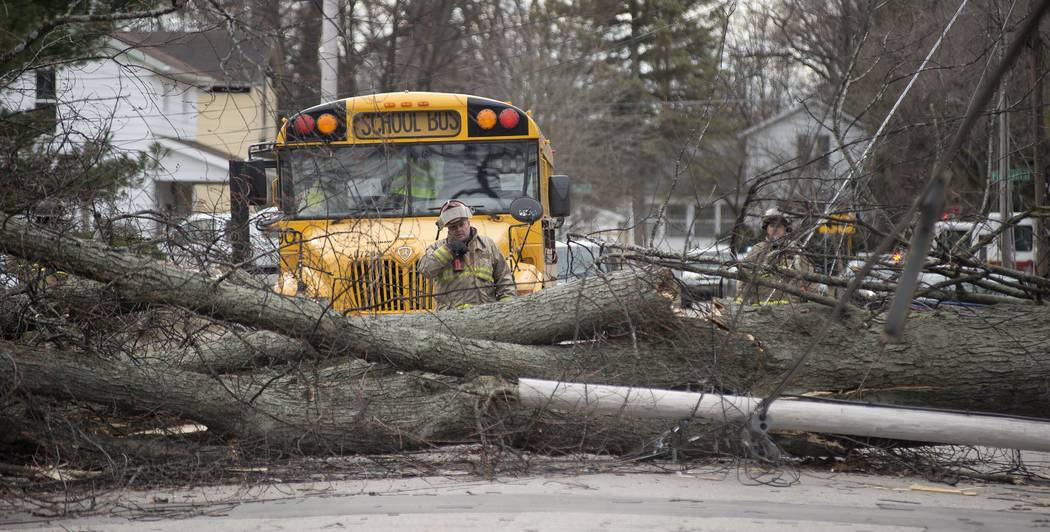 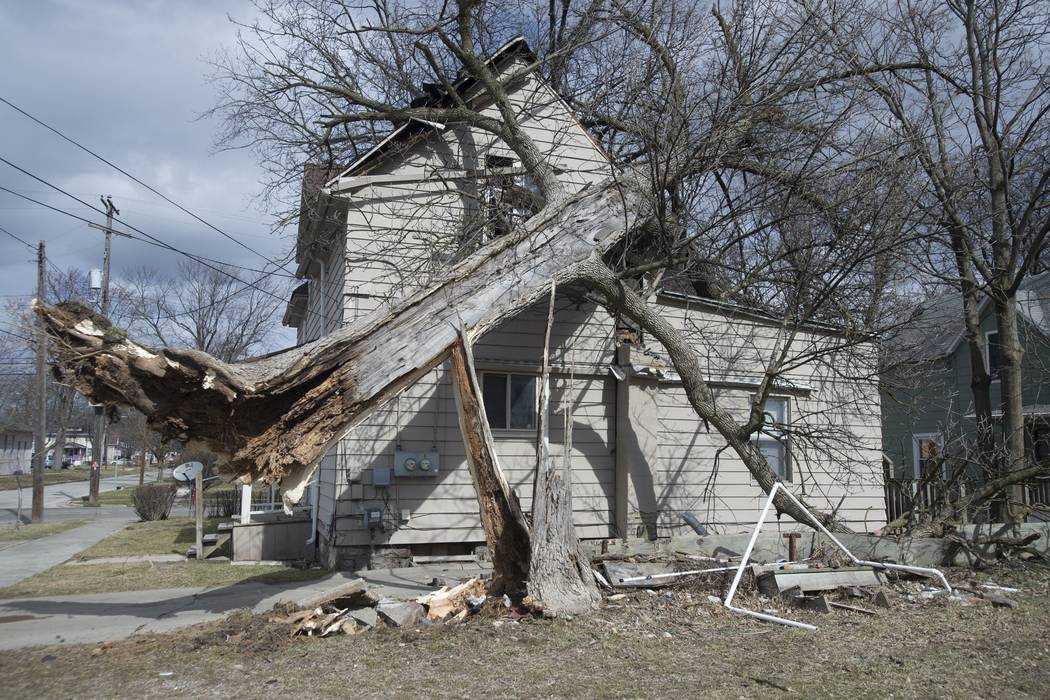 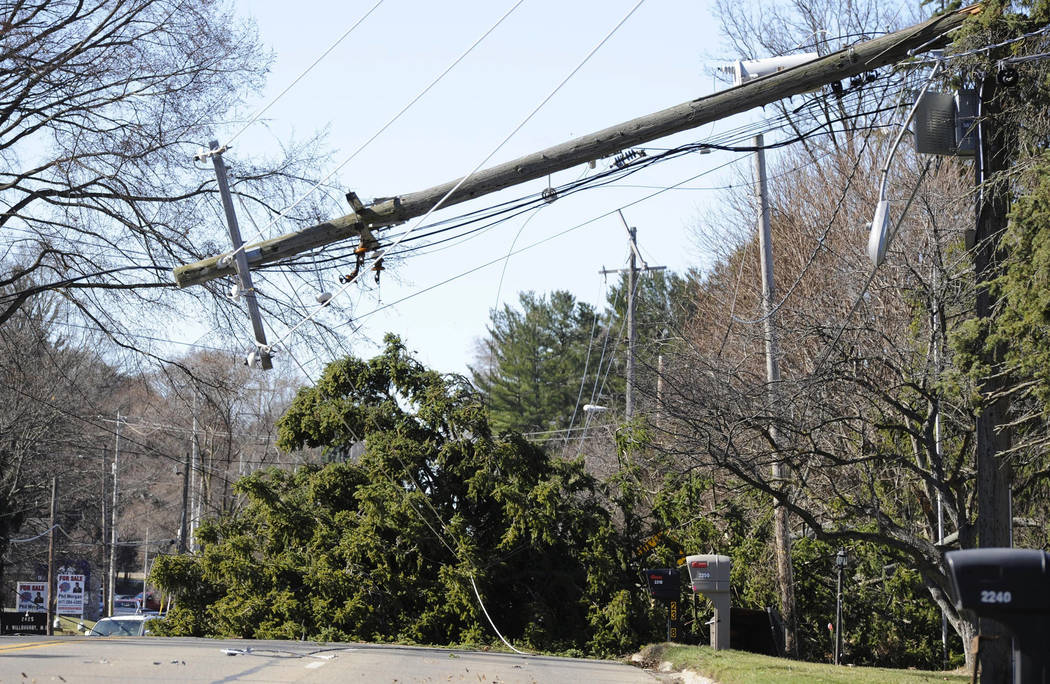 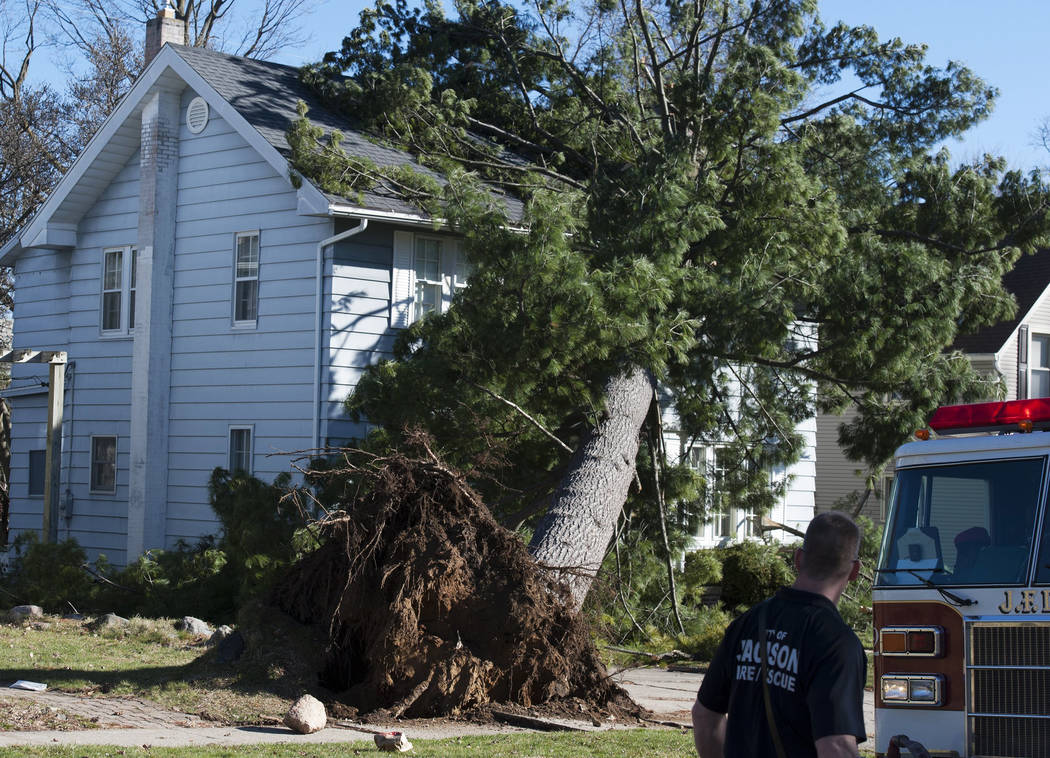 Jackson Fire Department personnel respond to a gas leak after a tree fell on a house in Jackson, Mich., on Wednesday, March 8, 2017. Fire and rescue crews were in multiple locations as high winds are knocking down trees and power lines in parts of Michigan. (J. Scott Park/Jackson Citizen Patriot via AP)

DETROIT — High winds blew portions of school roofs away and knocked down trees and power lines in parts of Michigan on Wednesday.

More than 300,000 utility customers were reported to be without power by early afternoon, including at least 120,000 who use Consumers Energy and 180,000 who use DTE Energy.

In some areas, wind gusts had already exceeded 60 mph.

More than 180 students at an early childhood center in Barry County’s Woodland Township, southeast of Grand Rapids, were bused to a nearby high school after winds blew part of the center’s roof away, according to MLive.com.

Part of the roof at Birch Run High School, southeast of Saginaw, also was blown away but the school was not evacuated.

No one was injured at the center or school.

“We’ve got heavy winds today and some of the roofing material above the auxiliary gym started coming off and, as a result, we shut down that area and got some maintenance workers to assess the situation,” schools Superintendent David Bush told MLive.com regarding Birch Run high school.

Wind gusts of up to 65 mph were reported north of Detroit in Oakland County, Sheriff Michael Bouchard said.

“Please do not go near a downed power line and be aware of the potential for fallen trees, branches, and blowing debris that may cause a potentially dangerous situation,” Bouchard said in a release.