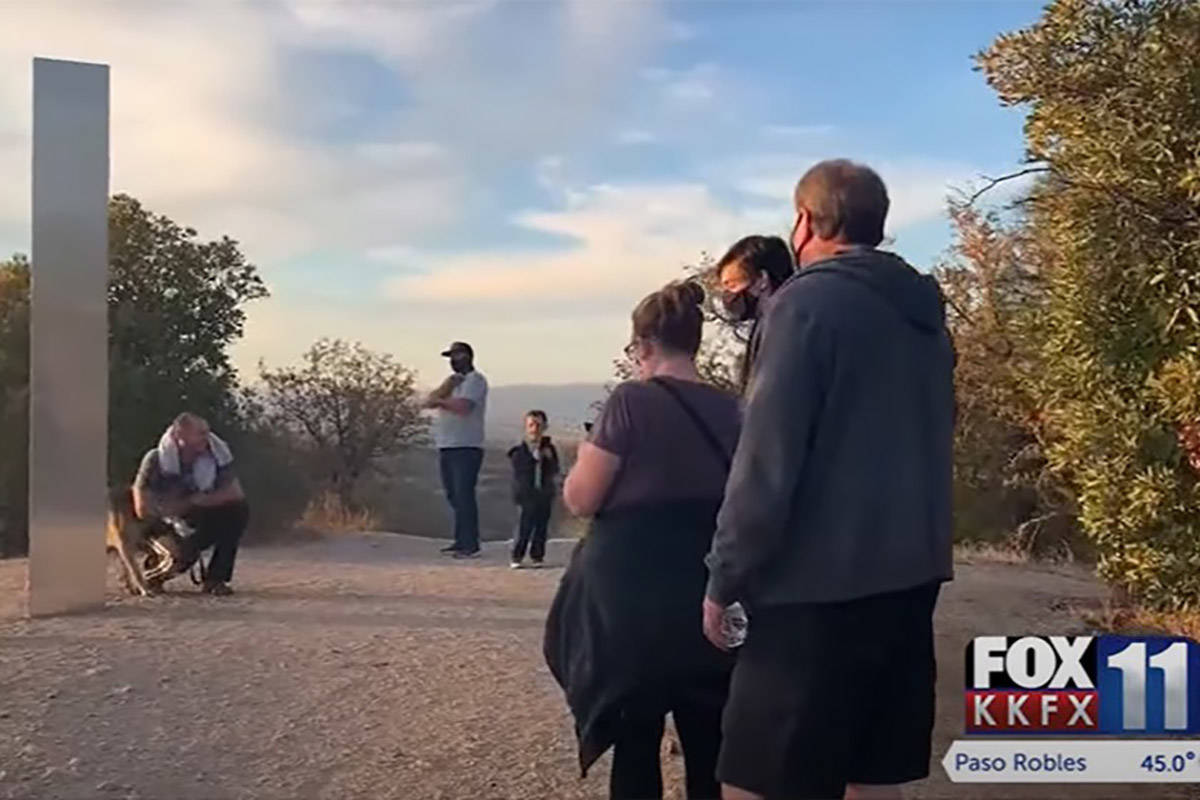 LOS ANGELES — A monolith has been spotted in Southern California that appears to be similar to one discovered in the Utah desert.

It’s unclear who placed the monolith on a hiking trail in Atascadero, KEYT-TV reported Wednesday. The tall, silver structure drew some hikers to the area after photos were posted on social media.

At least two other monoliths have been spotted elsewhere. A similar structure that officials said was made of riveted plates of stainless steel was toppled in Utah by a group of people who said “leave no trace,” KSTU-TV reported.

It had been placed without permission on public land. Visitors left behind a mess of human waste and debris, parking cars on vegetation as well, officials said.

“Right after it had fallen over and made a loud thud, one of them said, ‘This is why you don’t leave trash in the desert,’ ” Colorado photographer Ross Bernards told the Salt Lake City TV station.

In Romania, a journalist with a local publication reported a monolith also disappeared after being found on a hill. A local official said that structure was placed without permission as well.