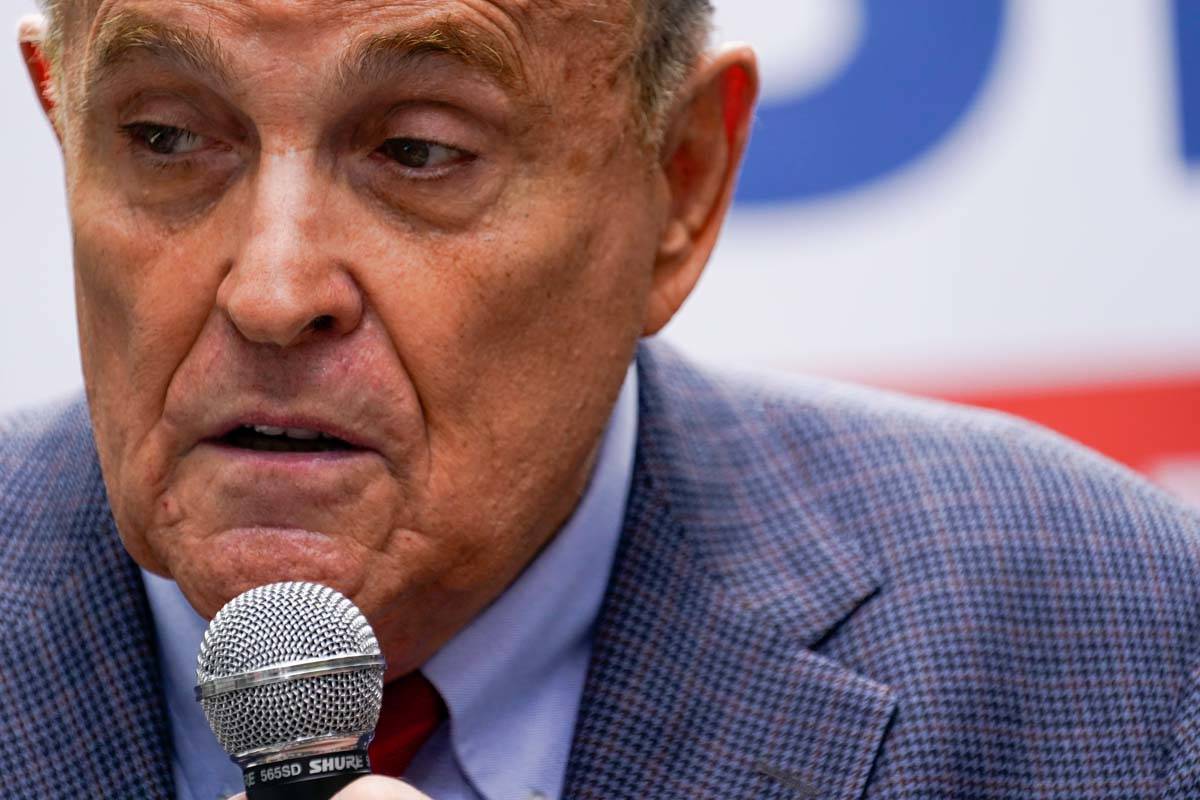 In this June 21, 2021, file photo former New York City Mayor Rudy Giuliani speaks during a campaign event for Republican mayoral candidate Curtis Sliwa in New York. An appeals court suspended Giuliani from practicing law in New York because he made false statements while trying to get courts to overturn Donald Trump’s loss in the presidential race. The ruling, signed Thursday, June 24 will prevent Giuliani from representing clients as a lawyer. (AP Photo/Mary Altaffer, File) 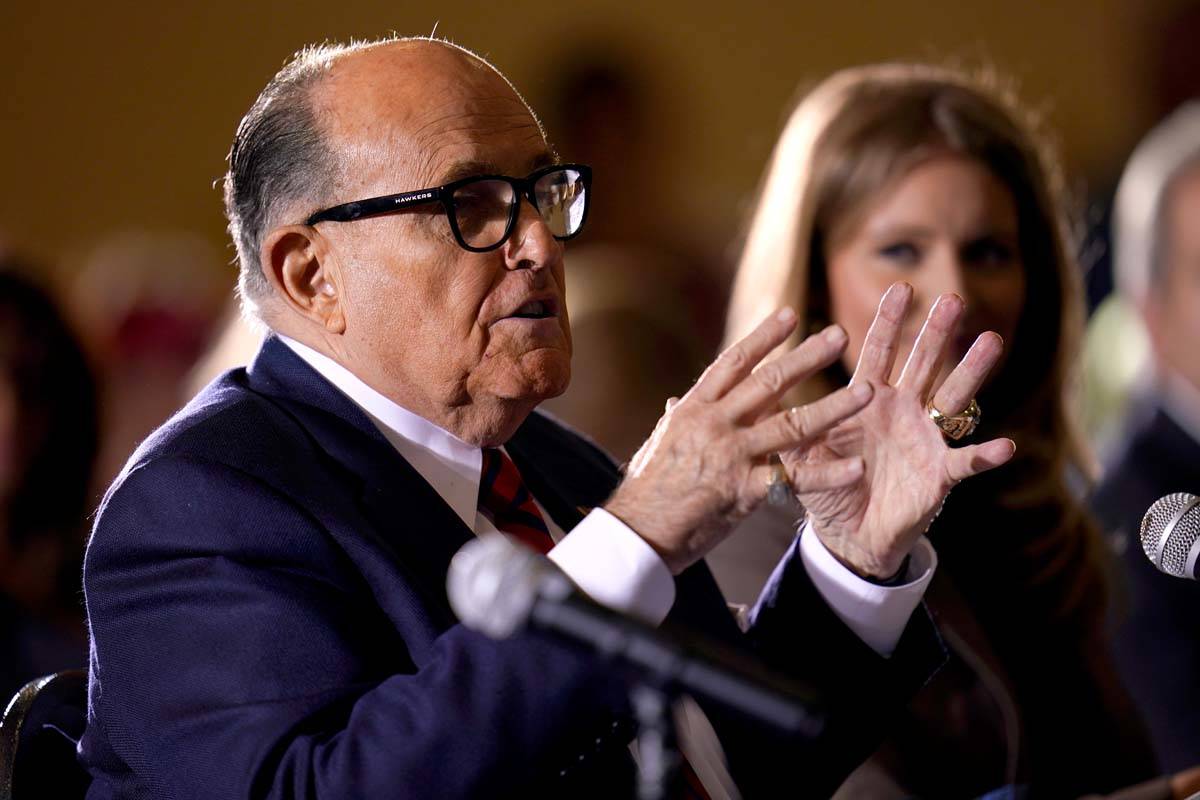 In this Nov. 25, 2020, file photo former Mayor of New York Rudy Giuliani, a lawyer for President Donald Trump, speaks at a hearing of the Pennsylvania State Senate Majority Policy Committee in Gettysburg, Pa. An appeals court suspended Giuliani from practicing law in New York because he made false statements while trying to get courts to overturn Trump’s loss in the presidential race. The ruling, signed Thursday, June 24 will prevent Giuliani from representing clients as a lawyer. (AP Photo/Julio Cortez, File)

NEW YORK — An appeals court suspended Rudy Giuliani from practicing law in New York because he made false statements while trying to get courts to overturn Donald Trump’s loss in the presidential race.

An attorney disciplinary committee said in its motion to suspend Giuliani’s license that there was “uncontroverted evidence” that Giuliani had made false statements to the courts, the public and lawmakers as he pushed theories that the election was stolen through fraud.

“This country is being torn apart by continued attacks on the legitimacy of the 2020 election and of our current president, Joseph R. Biden,” the committee wrote. “The hallmark of our democracy is predicated on free and fair elections. False statements intended to foment a loss of confidence in our elections and resulting loss of confidence in government generally damage the proper functioning of a free society.”

In the decision, the committee wrote that Giuliani “communicated demonstrably false and misleading statements to courts, lawmakers and the public at large” as a lawyer for Trump.

Giuliani had claimed that the investigation into his conduct violated his First Amendment right of free speech and that he did not knowingly make false statements, according to the decision.

The court rejected those arguments, noting that in Pennsylvania, Giuliani failed to “provide a scintilla of evidence for any of the varying and wildly inconsistent numbers of dead people he factually represented voted in Philadelphia during the 2020 presidential election.”

A message seeking comment about the ruling was sent Thursday to Giuliani and his lawyer.

Giuliani was the primary mouthpiece for Trump’s lies after the 2020 election, standing at a press conference in front of Four Seasons Total Landscaping outside Philadelphia on the day the race was called for Biden and saying they would challenge what he claimed was a vast conspiracy by Democrats.

The lies around the 2020 election helped push an angry mob of pro-Trump rioters to storm the U.S. Capitol on Jan. 6 in a shocking effort to stop the certification of President Biden’s victory. And since that time, Republicans have used that lie to push stricter voting laws nationwide.