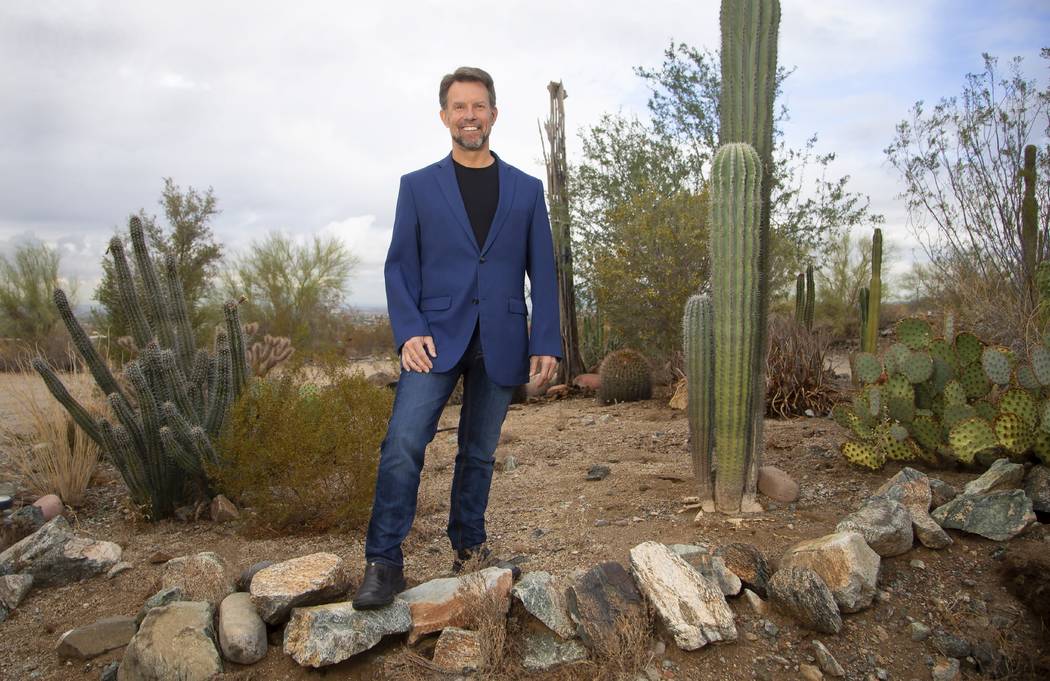 Geodesist Michael Dennis, NOAA's National Geodetic Survey, stands in the foothills of South Mountain Thursday, Nov. 21, 2019, in Laveen, Ariz. The small difference between the U.S. survey foot and the international foot caused trouble in planning for high speed rail in California, and created a mess for bridge work between Oregon, which uses the international foot, and Washington, which uses the U.S. one, he says. (AP Photo/Ross D. Franklin) 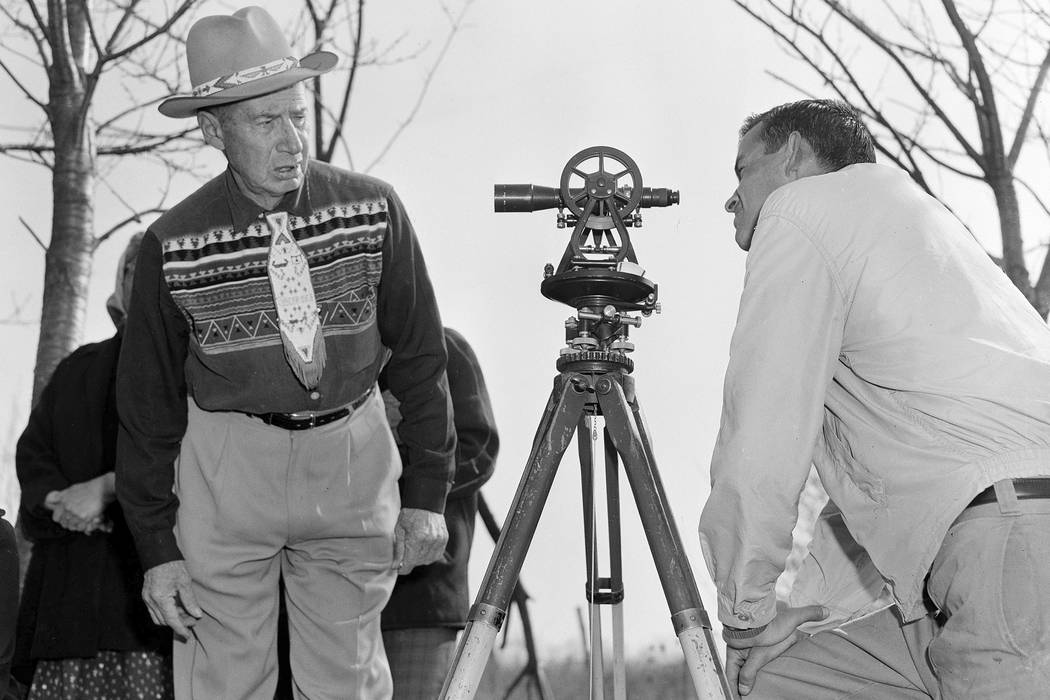 FILE - In this April 18, 1958 file photo, Philip N. Brooks, right, a New York State surveyor, takes a look through his transit on the Tuscarora Indian Reservation near Niagara Falls, N.Y., while Tuscarora Chief Elton Black Cloud Greene watches. The tribe is resisting state seizure of their land for a power project. In 1959, the U.S. government started the switch from the U.S. survey foot to the international foot, and it will finish the job in 2022. (AP Photo) 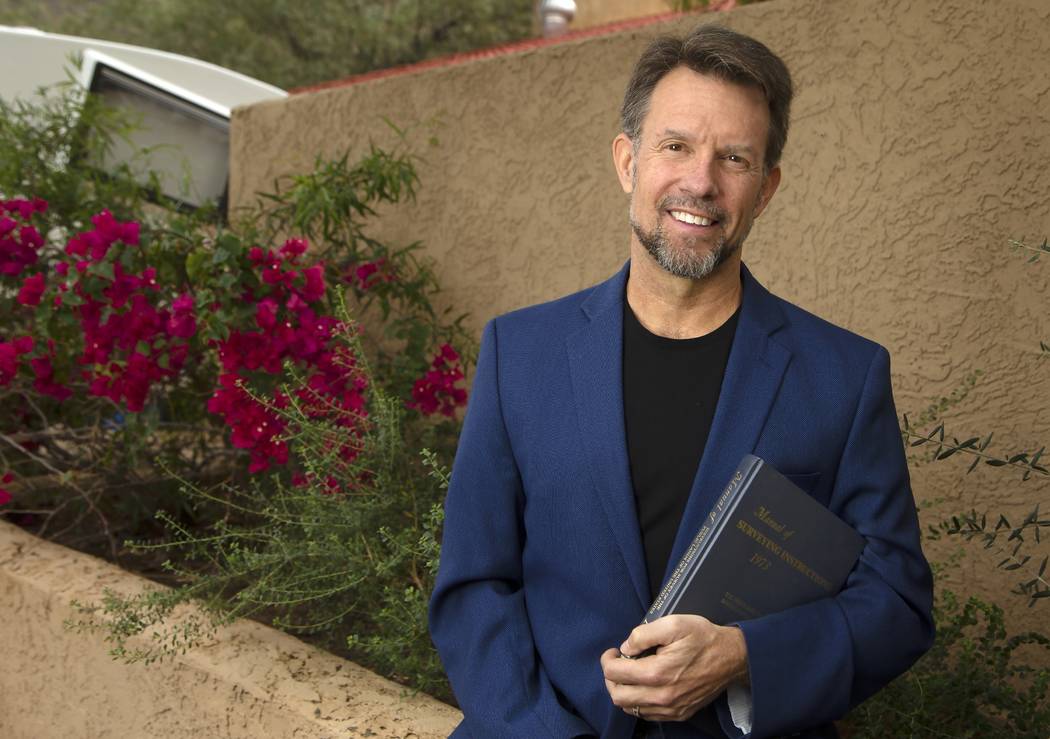 Geodesist Michael Dennis, NOAA's National Geodetic Survey, holds a copy of the Manual of Surveying Instructions Thursday, Nov. 21, 2019, in Laveen, Ariz. The small difference between the U.S. survey foot and the international foot caused trouble in planning for high speed rail in California, and created a mess for bridge work between Oregon, which uses the international foot, and Washington, which uses the U.S. one, he says. (AP Photo/Ross D. Franklin)

WASHINGTON — Change is afoot for the official measuring stick used to size up big places in America.

The reason? There are actually two different definitions of the 12-inch measurement known as a foot.

Some land surveyors use what’s known as the U.S. survey foot. Others use the definition that’s more accepted by the broader world: the international foot.

The difference between them is so tiny that you can’t see it with the naked eye on a 12-inch ruler. But over big distances, it matters. So, to reduce the chance for errors and confusion, the federal government has announced it’s finally giving the boot to the survey foot.

The change started in 1959, when the federal government mandated that everyone use the international foot but allowed surveyors to keep to the old U.S. survey foot for a while. That temporary reprieve has lasted 60 years, but it will finally end in 2022, the National Oceanic and Atmospheric Administration and the National Institute of Standards and Technology announced in October.

Surveyors in 40 U.S. states and territories still use the larger U.S. foot. The rest use the smaller international one.

“We have chaos,” says Michael Dennis, a project manager for NOAA’s National Geodetic Survey. Geodetics is surveying that takes into account the curve of the Earth. “This is a mess.”

The small difference may not seem like much, but it caused trouble in planning for high speed rail in California, Dennis said. It also created a mess for bridge work between Oregon, which uses the international foot, and Washington, which uses the U.S. one, he said.

Dennis also relayed a horror story one surveyor sent him: A contractor from a state that uses the U.S. foot planned a building in the glide path of a major airport in a state that uses the international foot. The confusion over the two different feet caused delays, extra cost and redesign of the building to be one floor shorter. (Dennis wouldn’t identify the airport.)

“It’s embarrassing that we even had this going on for 60 years,” Dennis says. “This whole thing is ridiculous.”

Dennis knows some will squawk.

The U.S. foot “sounds very patriotic, very American,” he said in a webinar. “Then there’s the word ‘international foot,’ which sounds kind of new world order, U.N.-sanctioned, maybe with a whiff of socialism.”

But it makes sense to be using the same measuring stick as the rest of the world to save time and eliminate embarrassing errors, he says.

Those who fear this is a slippery slope leading to the metric system are worrying a century too late, NIST metric coordinator Elizabeth Benham says. Since 1893, the official definition of a foot is based on the meter.

“We are metric,” Dennis says. “The foot is subservient to the meter. That’s the way it is.”

The issue is how the two different feet are defined.

In 1933, the international foot was invented. It was simpler: 0.3048 meters, exactly. Those last three digits just get eliminated.

But those digits kept bedeviling engineers. So in 1959, the U.S. government started the international switch and it will finish the job in 2022.

When it finally happens, the U.S. foot will be relegated to history, NIST’s Benham says, “just like a cubit.”

The Associated Press Health and Science Department receives support from the Howard Hughes Medical Institute’s Department of Science Education. The AP is solely responsible for all content.