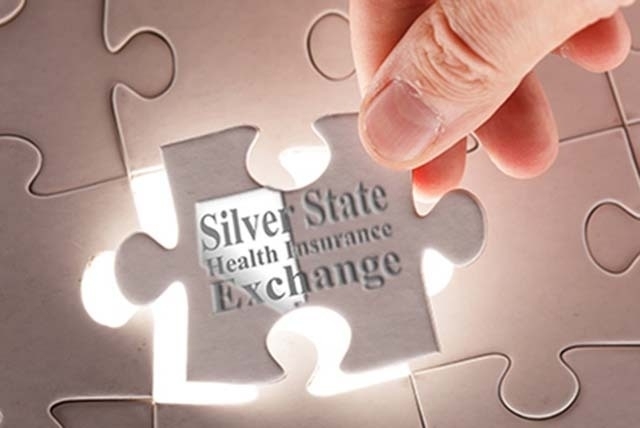 The tide of health insurance cancellations washing across the nation has reached some Nevadans.

New figures from the Nevada Division of Insurance show that 24,623 Nevadans — that is 26.7 percent of the state’s 92,181 individually covered consumers — have received from their insurer a cancellation letter, or a nonrenewal notice with an alternative plan to replace existing coverage.

That is not a huge number in a state of 2.7 million, but for people losing coverage, “it’s pretty significant,” said Brian McEvilly, owner of the McEvilly Benefits insurance brokerage in Las Vegas.

The cancellations don’t affect the majority of Nevada’s insurance market because most Nevadans are covered through big or self-insured businesses. The employer mandate doesn’t take effect until January 2015.

But the individual mandate kicks in Jan. 1, and with it comes higher coverage requirements. Each plan that starts in the New Year will have to offer dozens of new health benefits, from preventive screenings to counseling for substance abuse. What’s more, where a plan today might cap payouts at $1 million to $5 million, there is no limit on coverage after January.

Thanks to those changes, individual consumers, especially those with limited-benefit, catastrophic plans, are being told their current coverage won’t exist anymore, McEvilly said.

The number of cancellations dwarfs the share of people who have signed up for new coverage.

Gov. Brian Sandoval said Tuesday that 513 Nevadans had enrolled in a plan through the Silver State Health Insurance Exchange. And officials with the state Division of Welfare and Supportive Services said in early November that 5,000 people applied for Medicaid in October, but the agency didn’t have a breakdown on how many of those applicants fell under the program’s expansion under Obamacare to single, childless adults.

The imbalance between the newly covered and the newly canceled means it’s possible Nevada, at least in the short term, will have more uninsured residents come Jan. 1 than the 600,000 or so uncovered it had before Obamacare took effect, said Larry Harrison, a Las Vegas-based spokesman for the National Association of Health Insurance Underwriters and an independent broker with local benefits-consulting firm National Healthcare Access.

If the trend holds, it could thwart Obamacare’s promise to boost the number of insured as a way to defray the costs of covering the sick and to give consumers better access to primary-care providers who can diagnose health problems before they become high-dollar medical emergencies.

Whether the number of uninsured in Nevada grows depends on whether people can afford to — or want to — replace their plans. Sure, there is a penalty for not having coverage, but at $95 or 1 percent of income, the fine can be less than premiums.

In some cases, the new coverage is more affordable. About 4,300 cancellations have come from the phaseout of higher-cost plans for consumers with pre-existing conditions, said Frank Nolimal, an employee-benefit consultant with Assurance Ltd. in Las Vegas.

Because Obamacare no longer lets insurers underwrite plans based on a member’s health status, those consumers will get better deals.

For example, Nolimal has a client in his mid-40s who lost his job and his workplace coverage at the beginning of the recession, right after doctors diagnosed him with multiple sclerosis. He will replace his current plan, with its monthly premium of $750 and a deductible of $1,000, with a $350-a-month plan that has a $250 deductible. And that premium cut will come with no tax credit or subsidy, Nolimal said.

Still, for thousands more consumers who weren’t already in pricey plans for people with pre-existing conditions, the cancellations could mean financial hardship. It’s not that they can’t enroll in a new plan — insurers have to cover everyone. The problem is that they can’t afford the bigger benefits package, brokers said.

Bagley said many of his clients, mostly retirees who aren’t yet 65 and don’t qualify for Medicare, are seeing premium increases of 10 percent to 100 percent.

“Some of them are having sticker shock,” he said.

Harrison pointed to a self-employed client on a higher-deductible plan with a health-savings account who now spends $1,300 per month in premiums for her family of three. Post-cancellation, she is looking at a new plan at $1,900 per month.

“The push-back is not so much that people can’t find a policy. It’s that the rate is so high,” Harrison said. “Insurance is as tough as you make it, and when people’s plans are being changed by a choice other than theirs — by a mandate — they resent it. So there’s a lot of frustration, and a lot of angry people.”

Some brokers are trying to help clients temporarily work around higher costs by renewing coverage on Dec. 1, a month before the benefits mandates start.

An insurance plan is good for a year, so buying coverage that starts in December means an 11-month reprieve from federal requirements, McEvilly said.

But that will mean more cancellations in December 2014, Bagley said.

If 26.7 percent of individuals have gotten cancellation or nonrenewal letters today, that number will be closer to 100 percent among his client base come late next year. He said he does not have a single individual buyer whose plan complies with Obamacare benefit requirements.

Any delay is helpful, though, Harrison said.

“This is not a cure-all, but it’ll give consumers another 12 months while we figure out how this thing is going to shake out,” he said.

“We’ll spend 2014 figuring out the best practices because the questions are overwhelming and there are no easy answers.”