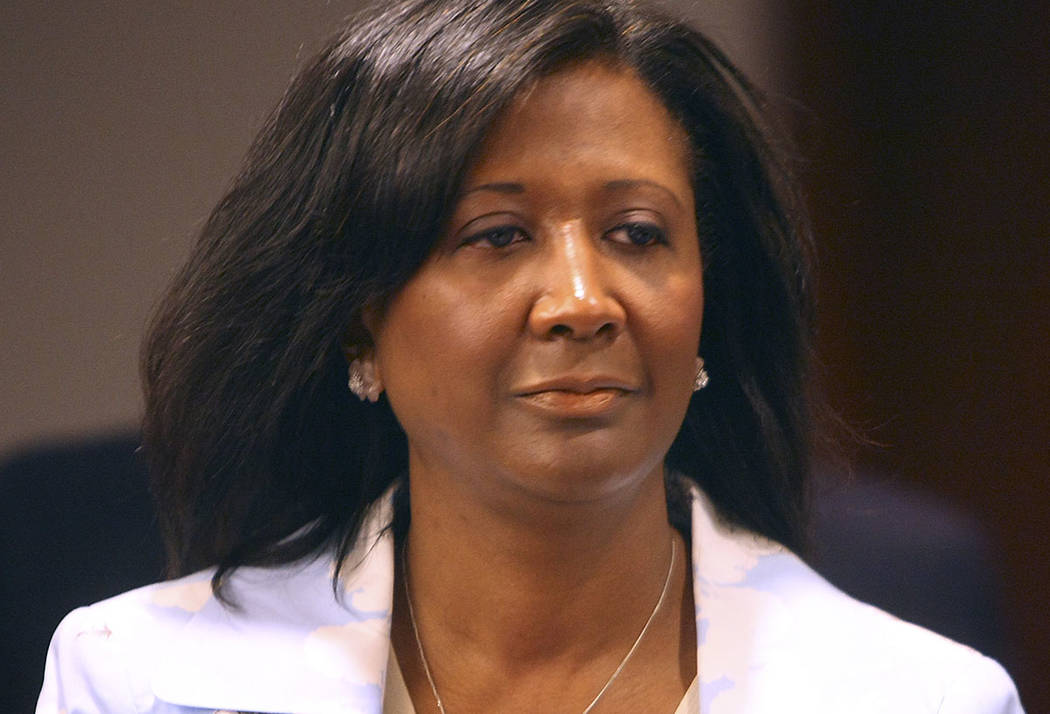 Texas voters dodged a bullet. Lynette Boggs-Perez’s efforts to resurrect her political career in Texas went belly-up on a technicality. The Republican Party of Bexar County booted her off the ballot for a judgeship she had sought.

Her behavior in Texas was reminiscent of her dreadful actions in Nevada.

She was known as Lynette Boggs McDonald in 2006 when she was running for the Clark County Commission, but she didn’t live in a small house in the district she sought to represent, as she claimed. Instead, she lived in a larger house outside the district, as proved by a private detective and testimony from her ex-husband, a nanny and her roommate.

In 2008, she moved to Texas, where her gross misdemeanor conviction didn’t stop her from going to law school or running for a $140,000-a-year judgeship in civil children’s court.

In a Facebook post Wednesday and a follow-up email to me, Boggs-Perez said she had formally withdrawn her candidacy for the 225th District Court in Texas.

She’s a Republican, and her Democratic opponent, Judge Peter Sakai, challenged her qualifications to run, saying she didn’t obtain the 750 signatures she needed.

She went the cheap route. But she wasn’t careful enough about collecting signatures. According to the Republican Party of Bexar County, she submitted 843 signatures, but 109 were not valid, according to the researcher Sakai hired to check their validity. She fell short by 16, although in her Facebook post she said she was four short.

Truth and accuracy are not her strong points — not when she was in Las Vegas, and apparently not now.

After my Dec. 10 column on “Puppygate” — her refusal to return a neighbor girl’s puppy until the Converse Police Department became involved multiple times — she said on Facebook that she had filed a complaint about police behavior.

Easy enough to check. She hadn’t.

Converse Police Lt. Jeff. Shook said no complaint against the police had been filed. Converse, where Boggs-Perez lives, is a suburb of San Antonio.

The Converse police didn’t believe her when she insisted the $400 Maltese/Yorkie was hers. Then the puppy ran out the door to the neighbor’s home two doors away. The puppy is now at home with its owner, a 12-year-old girl.

Asked if she planned to challenge the GOP decision, Boggs-Perez wrote me, “I could challenge it, but I really don’t have an interest in getting into litigation just to be on a ballot. I was unopposed in the Republican primary and the first person to challenge this particular judge in three election cycles. I will continue to focus on representing children in both CPS and juvenile courts in the eight counties I practice law here in south Texas.”

Earlier on Facebook, she wrote: “I’ve had my ups and downs and there’s still NO ONE on the planet I’d rather be than LYNETTE MARLIN BOGGS-PEREZ. My name is victory and still I RISE.”

Judge Sakai, who was first elected in 2006 and now has no opponents, said in an email, “May God show her the path of righteousness and humility. I wish her well.”

Personally, I wish to never write about Boggs-Perez again and to never have to detail her twisting of the truth. Puppies, politics and perjury have not helped her reputation.