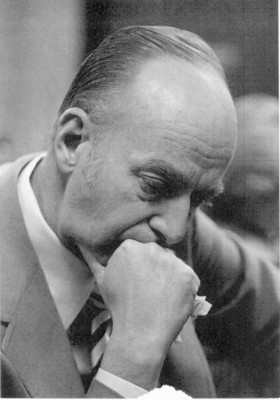 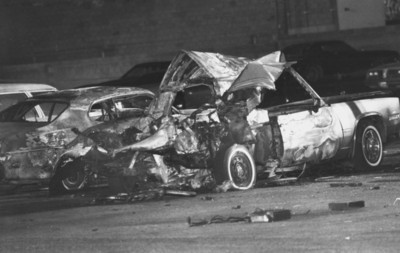 Back before he was mayor of Las Vegas, when he was the city’s leading mob attorney, Oscar Goodman insisted he didn’t represent snitches.

He represented Frank Rosenthal. Now that Rosenthal is dead, three former law enforcement sources with first-hand knowledge confirmed what was long suspected. Lefty Rosenthal was an FBI informant, whether his attorney knew it or not.

While Rosenthal was alive, no one would confirm it. Nobody wanted to be the one who got Lefty whacked.

After he died of a heart attack in his Florida home Oct. 13 at the age of 79, it is confirmed Rosenthal was a "top echelon" informant, someone with firsthand knowledge of the top ranking mob bosses.

Rosenthal’s code name was "Achilles," one source said. Was it a sly reference to the handsome Greek warrior who was invincible except for his heel? Or was he simply a heel? Sure beat the code name his mob buddies used when discussing him — "Crazy."

I couldn’t confirm exactly when he started informing to the FBI, but the relationship was lengthy and useful. His information helped the FBI develop a lot of organized crime and casino skimming cases.

Rosenthal was an informant even before the 1982 bombing of his Cadillac outside Tony Roma’s restaurant on Sahara Avenue, one source said. After the bombing, the FBI tried to convince Rosenthal to enter the Witness Protection Program, but he refused.

Later, he told the Chicago Tribune he rebuffed the offer to become a federal witness. "It’s just not my style. It doesn’t fit into my principles." Instead, in 1983 he left Las Vegas, which had been his home since 1968, moving first to California, then Florida.

"He talked about everything and everyone, whether he had first-hand knowledge, like he did at the Stardust, or second- and third-hand knowledge like at the Tropicana," one source said.

Nobody had a definitive answer as to why Rosenthal would become a Chatty Cathy.

One source said Rosenthal was an expert handicapper. "He was a smart guy, he could see people were going down. As an oddsmaker, this was his chance to bet both sides of the game."

A second source said it was speculation, but "he may have felt he needed a way out at some point, and he knew cooperation was one way to get out."

Rosenthal was from Chicago, but since he was Jewish, he wasn’t a made member of the Chicago Outfit, but he was a close mob associate. From childhood, he was friends with another mob watchdog, Anthony Spilotro, which ended with Spilotro’s affair with Rosenthal’s wife, Geri, the tale fictionalized in the movie "Casino."

When the mob needed someone to watch over its Las Vegas casino interests, Lefty was the man. From 1974 until 1979, San Diego businessman Allen Glick was the casino owner, but Rosenthal, despite his ever-changing titles, was the smooth operator.

Although federal officials claimed millions were skimmed from Glick’s casinos, Rosenthal was never indicted. Nor did he testify against Midwest mob leaders as Glick did during the trial in Kansas City, which ended with mob boss convictions in 1986.

Las Vegas was an open city for the mob. No one organized crime family controlled all the casinos; different families shared the booty. The Chicago mob through the Argent Corp. had a foothold in the Stardust, Fremont, Hacienda and Marina.

The Tropicana was the playground of the Kansas City mob.

The boys in Detroit staked out the Aladdin.

The Dunes had ties with St. Louis mobsters.

The indictments were many, so were the convictions. Despite the extensive wiretapping, Rosenthal was never charged, even though authorities described him as the man who "orchestrated the skim at the Stardust."

Inevitably, some of his buddies figured he wasn’t charged because he was informing on them to the FBI. The late Joe Agosto — entertainment director at the Tropicana and the Kansas City mob’s guy on the scene — was wiretapped in 1978 telling a Missouri mobster Rosenthal was "a snitch" who would "bite the hand that feeds him."

In John L. Smith’s book "Of Rats and Men," Goodman said Kansas City mobster Nick Civella thought Rosenthal had become too friendly with the FBI. Civella called Goodman, his own attorney, and asked whether Rosenthal was crazy, apparently a code term for untrustworthy. "No, I don’t think he’s crazy," Goodman answered.

"If I had agreed with Civella, Rosenthal would have been killed. I didn’t know it at the time, but I apparently saved his life," Goodman told Smith.

Goodman started representing Rosenthal in 1971 after Rosenthal was indicted on illegal betting charges. In 1975, a Las Vegas federal judge dismissed the indictment against him, saying the wiretap was illegal and should have been an investigative tool of last resort.

That same year, Sheriff Ralph Lamb submitted an affidavit to help Rosenthal restore the rights he lost after pleading no contest in North Carolina to trying to change the point spread for a college basketball game with a bribe in 1960. The sheriff said he had known Rosenthal for five years and "he has evidenced the highest integrity and his reputation for truth and veracity in the Las Vegas community is unexcelled. Mr. Rosenthal is among the most respected persons in the Las Vegas gaming community."

Contrast that with Glick’s Kansas City trial testimony 10 years later about a 1974 meeting with Rosenthal in the Stardust coffee shop. Glick said Rosenthal told him: "You’re not my boss. And when I say you’re not my boss, I’m talking not just from an administrative position, but your health. If you interfere with what’s going on here, you will never leave this corporation alive."

As one of the recipients of the Rosenthal Glare, I can vividly imagine how those words were delivered.

Throughout his life, Rosenthal denied being an FBI informant, but said it wasn’t for want of trying by the FBI.

In 1976, Rosenthal told gaming officials that in 1960, when he was working in horse racing in Miami, J. Edgar Hoover sent an agent who asked him to provide information about gambling throughout the country. He said the agent promised him "near total immunity, except murder."

In 1977, he claimed he was the victim of harassment because he refused to supply information to the FBI.

As recently as 2006, when asked why he never snitched, Rosenthal said, "It all comes down to style and doing what you feel comfortable with. I never talked about or testified against anyone and never will."

He may not have testified, but he definitely talked.

As far as Goodman not representing snitches, one knowledgeable source said, "I think he represented more than one, whether he was aware of it or not."