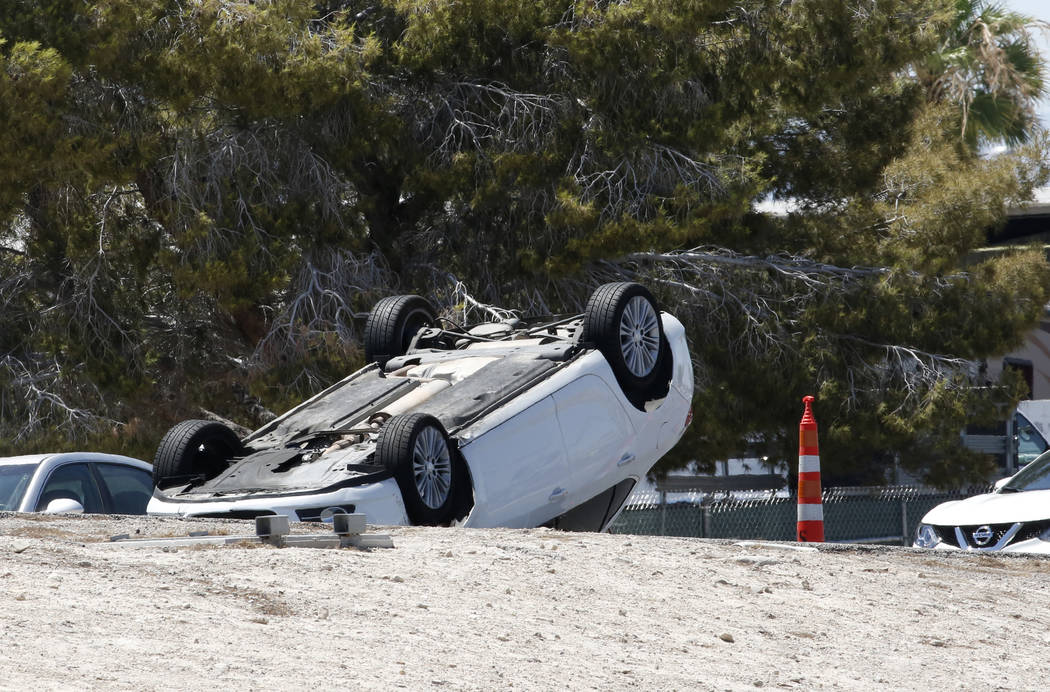 Automobile crashes in Nevada are putting a dent in drivers’ wallets statewide.

The cost is derived from property damage, lost workplace and household activity, and present and future medical expenses, among other costs.

States were graded in a color-based format, based on the color of traffic signal lights, with green being best.

Six states received a green rating and 11 states were rated “red.” Nevada fell in the yellow group with the majority of states (33).

Catherine Chase, president of Advocates for Highway and Auto Safety, which published the report, said the results show significant changes are needed around the country.

“Every single state still has gaps in their laws,” Chase said in the report. “If every state passed one measure per this year, substantial safety improvements for occupant protection, child passenger safety, teen drivers, impairment and distraction could be accomplished.”

In Nevada not much has changed since last year’s report, in large part because of the state’s legislative cycle, said Andrew Bennett, Department of Public Safety spokesperson.

Advocates push for states to pass laws that make not wearing a seat belt a primary enforcement law, meaning motorists can be stopped and ticketed for not wearing one. The group also recommends making infants and toddlers sit in a rear-facing child seat through age 2 and requiring children under 57 inches in height to sit in a booster seat once they outgrow a car seat. Nevada currently lacks those laws.

In 2017, seat belts helped save 78 lives in Nevada and could have saved 14 more if the occupants were wearing one at the time of their crash, the report stated.

With a lot of work to do to make Nevada’s roads safer, Bennett said studies like the Advocates’ are needed to steer the state in the right direction.

“Nevada still has many improvements to make to endure the safety of our roadways,” he said. “Reports like this one help guide and inform our policy makers on good strategies for Nevada.”

A 10-month road project is slated to begin on the east side of the valley.

Starting at 6 a.m. Monday, Hollywood will be reduced to one lane in each direction between Charleston and Stewart Avenue. This lane reduction will last about two weeks, and then the work and the lane closures will move north along Hollywood.

The project will make Hollywood Boulevard a consistent width by paving the “sawtooths.” Those are areas where a road suddenly changes, such as when a three-lane road suddenly goes to two lanes, according to Erik Pappa, Clark County spokesperson.

Sawtooths are usually present on undeveloped parcels of land near a road, and usually are taken care of when that land is developed, but in some cases the road work can’t wait for the development, as is the case with Hollywood Boulevard, Pappa said.

Road closures associated with special events are expected to impact traffic next month.

First Friday, the monthly arts, music and food festival in the Arts District, will see various road closures associated with it on Friday.

The alley between Colorado Avenue and California Avenue behind ReBAR will close at 3 a.m. Friday and will reopen at 4 a.m. Saturday.

Casino Center Boulevard from Carson to Ogden avenues will shut to traffic starting at 9 p.m. on Friday and will reopen at 4 a.m. Saturday.