It’s pretty easy to get distracted while driving.

Texts from friends or eating a quick lunch on the go can sometimes make the best of drivers swerve on the road.

Devices that are meant to assist motorists can sometimes become a hindrance.

Joseph from Las Vegas wanted to know why vehicle manufacturers install satellite-based navigation systems and other instruments onto dashboards, but drivers are cited for talking on cellphones or glancing at a text message.

“Aren’t those GPS systems also a distraction?” Joseph asked in an email to the Road Warrior.

When you start your car, most navigation screens display a warning that it might be dangerous to check the screen while driving, Nevada Highway Patrol trooper Jason Buratczuk said.

“These systems could be a distraction, but this is when drivers need to take some personal responsibility by getting familiar with the car and the systems in it,” Buratczuk said. “Know your limitations and drive as safe as possible.”

Motorists distracted by navigation systems, eating, applying makeup, shaving or even chatting with passengers may be cited under Nevada’s “fail to pay full attention while driving” law, Buratczuk said.

And, of course, Nevada’s cellphone law requires drivers to pull to the side of the road or use a hands-free device.

“If you’re not on your cellphone, but an officer decides there are other distractions going on in the vehicle, the driver could still get fined,” Buratczuk said.

Anyone who’s taken a drive on the 215 Beltway through North Las Vegas can see a significant change in the road. Most of the Beltway has the same qualities of a freeway, until eastbound drivers hit Losee Road.

From there, motorists encounter traffic lights at Losee and Pecos roads, Lamb Boulevard and Range Road, where sections that serve as the highway will someday become the exit and entrance ramps.

Unfortunately, the Beltway has only been partially completed for quite some time in North Las Vegas because of the lack of development in that area.

Gerald from North Las Vegas wanted to know when that stretch will be upgraded to look like the rest of the Beltway winding through Summerlin and Henderson.

Clark County officials plan to seek bids later this year to complete that section of the Beltway, county spokesman Dan Kulin said. He did not say when construction would begin or end.

Carolyn from Las Vegas noticed that the street markings near Tropical Parkway and Jones Boulevard are so faded that the intersection has become dangerous to drive. A nearby crosswalk is maintained for students attending Lied Middle School, but “the rest of the road is ignored,” she said.

Tropical is scheduled to be repaved and restriped sometime this year between Jones and Decatur boulevards, Las Vegas spokeswoman Margaret Kurtz said.

Rich from Henderson said that lane markings using the raised, white bumps known as Botts’ Dots are “almost impossible” to see when driving at night along Eastern Avenue.

“With so many elderly drivers using that road in the evening, it is an extremely unsafe situation,” Rich said.

Given the width, speed and traffic volumes of Eastern, the street would need to be closed for a short time for repaving. Generally, pavement marking maintenance is also dealt with at that time, Henderson spokeswoman Kim Becker said.

The city plans a fix-up of Eastern between St. Rose Parkway and Coronado Center, but Becker said the work isn’t scheduled to begin until 2019.

Jerry from North Las Vegas noticed several lane reductions, but no road work activity for several weeks at Fifth Street and Lone Mountain Road. He wanted to know what’s planned for the area.

There’s a long-term plan to move some utility conduits at the intersection, Goldberg said. In the near-term, the city plans to install a traffic signal for the intersection, with construction expected to start within a year. 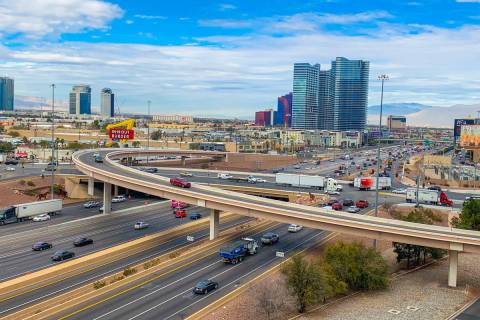 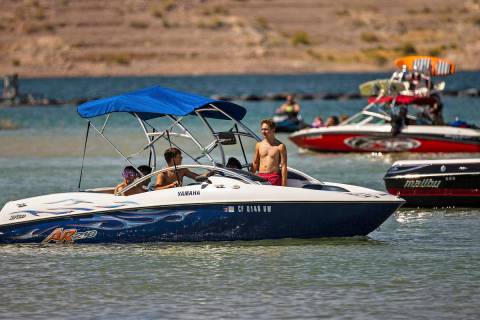 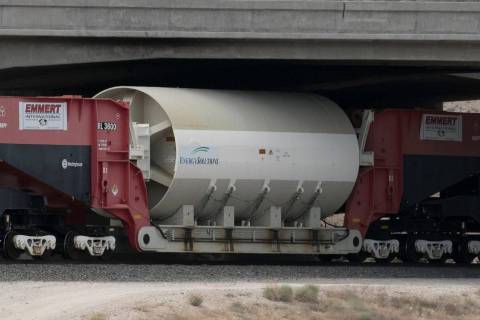