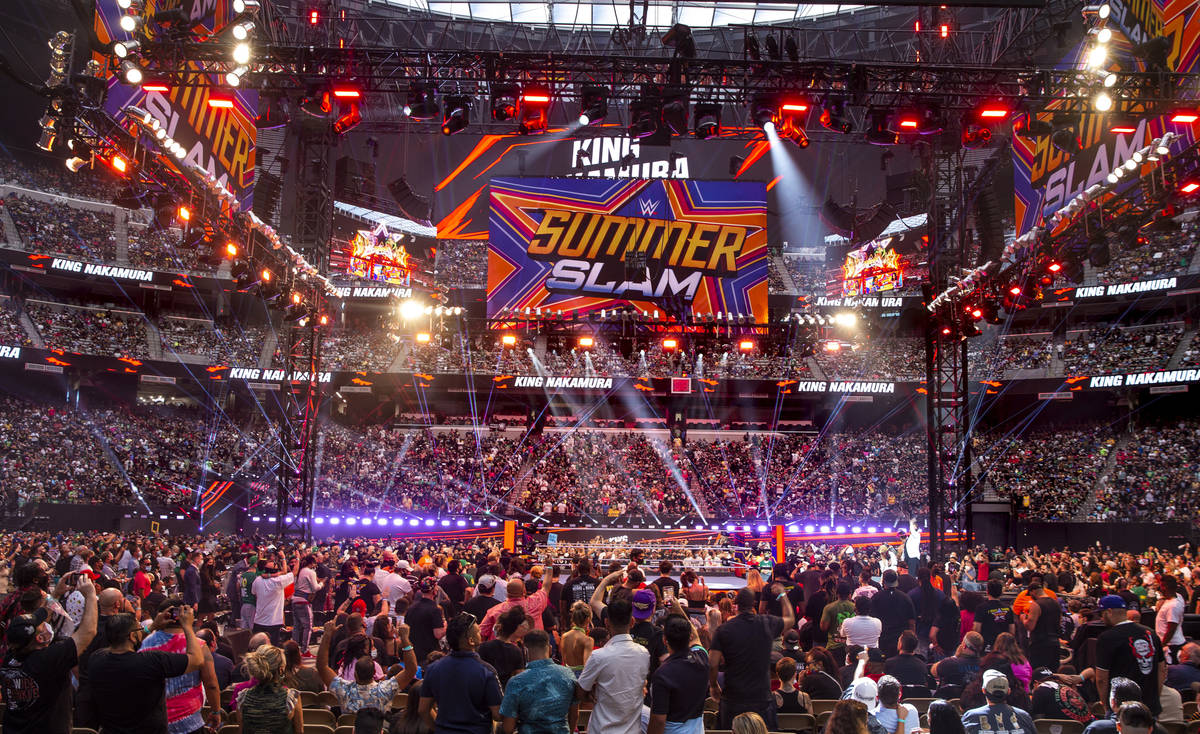 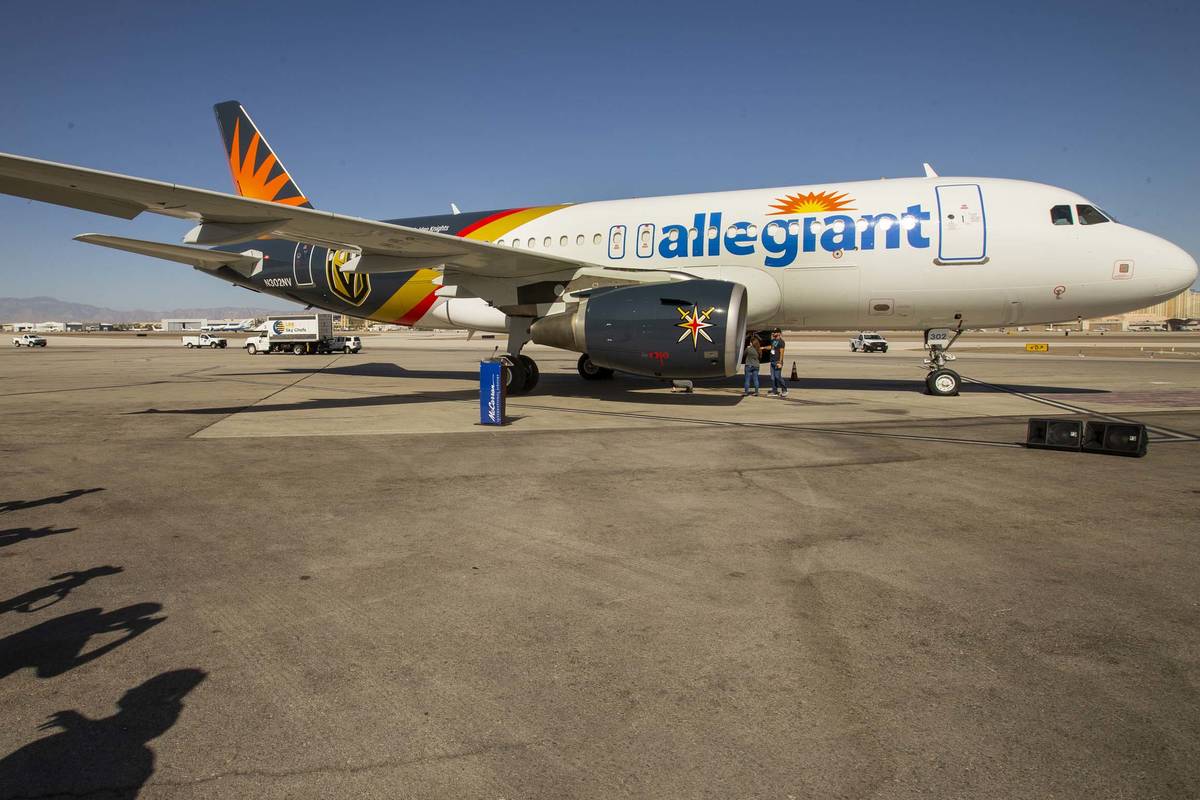 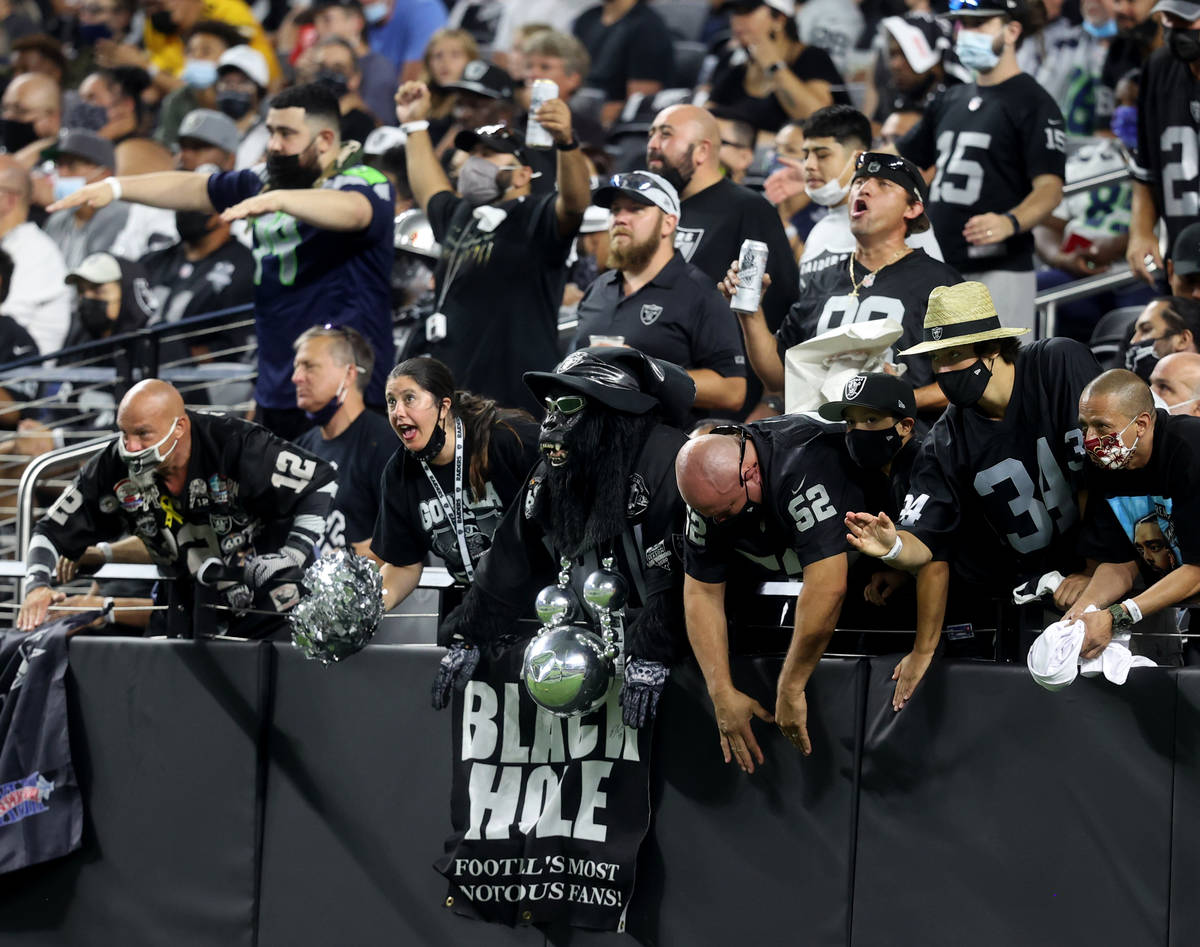 The ad from the Las Vegas Convention and Visitors Authority captures the growing sports landscape in Southern Nevada, highlighting the variety of events that occur in the area annually.

With the addition of the Golden Knights and T-Mobile Arena and the Raiders and Allegiant Stadium, big-time sporting events are becoming a large draw for tourists.

“It (sports) has really jumped up in terms of what visitors that are coming to Las Vegas are thinking about … and cementing that actually as part of Las Vegas’ brand is the point of the ad,” Hill said. “We’re headed into the NFL season and that certainly matters because the stadium is up and running. It’s already a big part in the recovery of Las Vegas.”

And visitors have been returning to Vegas in increasing numbers. Passenger volume at McCarran International Airport in July neared pre-pandemic levels with 4.15 million travelers going through the gates. That was just 8 percent off July 2019’s 4.5 million passengers.

Large events at Allegiant Stadium and arenas could push that number past pre-pandemic levels in the coming months.

“The excitement that comes with the NFL season starting and the Golden Knights behind that and everything else going on in the city,” Hill said. “The timing is right.”

The addition of Allegiant Stadium makes up a new realm of events possible for Las Vegas, as the city has lacked the large, state-of-the-art venue in the past.

“We’re already seeing the benefit of that,” Hill said. “We’ve had huge concerts, we had the Concacaf (soccer) final and the WWE.”

The WWE reported that the SummerSlam held this month at Allegiant recorded the highest indoor turnout in the event’s history with 51,236 fans. Additionally, the WWE said tickets were purchased by people in all 50 states.

Hill said tickets for UNLV’s home game against No. 7 Iowa State next month also are tracking well, so much so that Allegiant Air has added additional flights to cater to Cyclone fans.

Scott DeAngelo, chief marketing officer with Allegiant Air, said the airline added the flights after noticing that flights from Des Moines, Iowa, to Las Vegas were selling out. “We quickly connected the dots that these were Iowa State fans looking to get a chance to come to Las Vegas to see Allegiant Stadium and to be there at the game,” said DeAngelo, who also sits on the LVCVA’s board of directors.

The ultra low-cost carrier also has added special flights for select Raiders games this season, including the Raiders’ season opener versus the Baltimore Ravens, the Oct. 10 showdown with the Chicago Bears and the Nov. 14 rivalry game against the Kansas City Chiefs.

“We refer to them as fan charters,” DeAngelo said. “As these are successful, who knows, there may be not only additional planes put on these routes, but also other games may pop up as well.”

Gov. Steve Sisolak said he knows firsthand that sports teams’ fans travel well, seeing it on a trip to watch the Green Bay Packers play a few years ago.

“We know some people are planning their stays around sports,” Sisolak said. “My wife and I flew down to Arizona, I’m a Packer fan, after I’m a Raider fan, to watch them a couple of years back. The lady we sat with on the plane it was her bucket list to go to every NFL stadium … So they do travel well.”