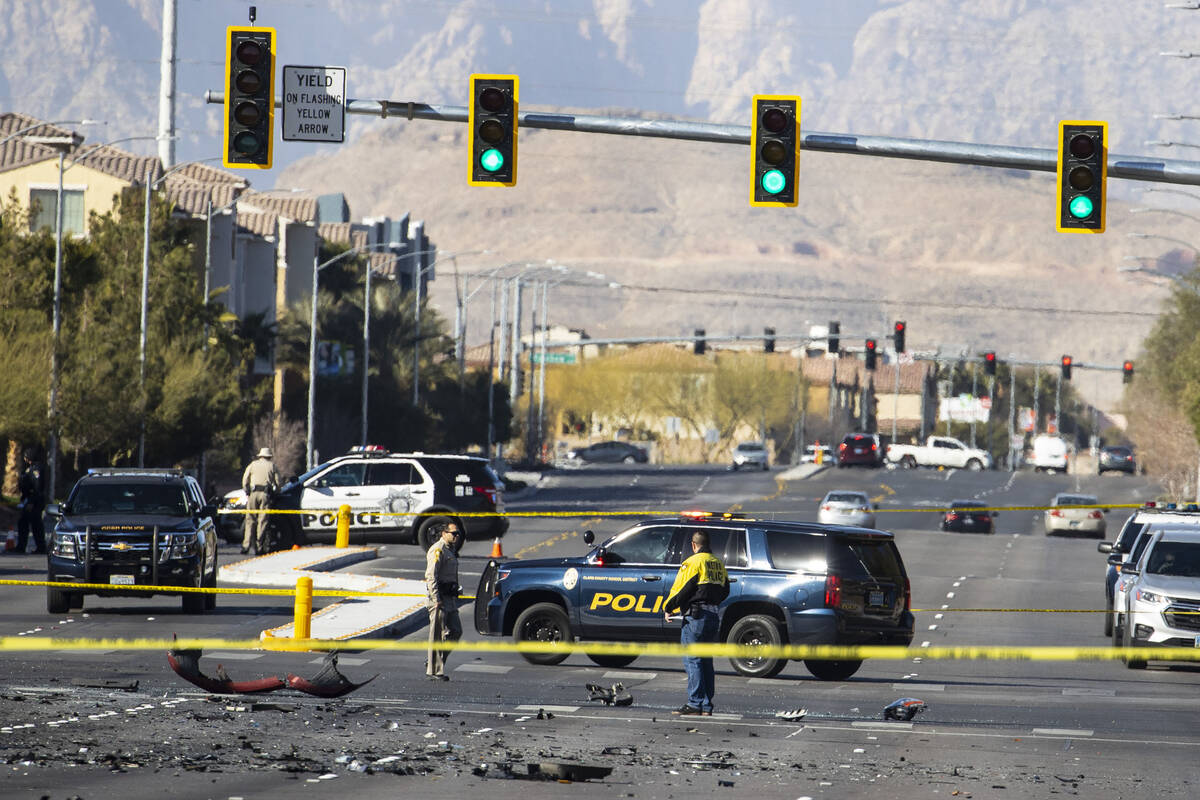 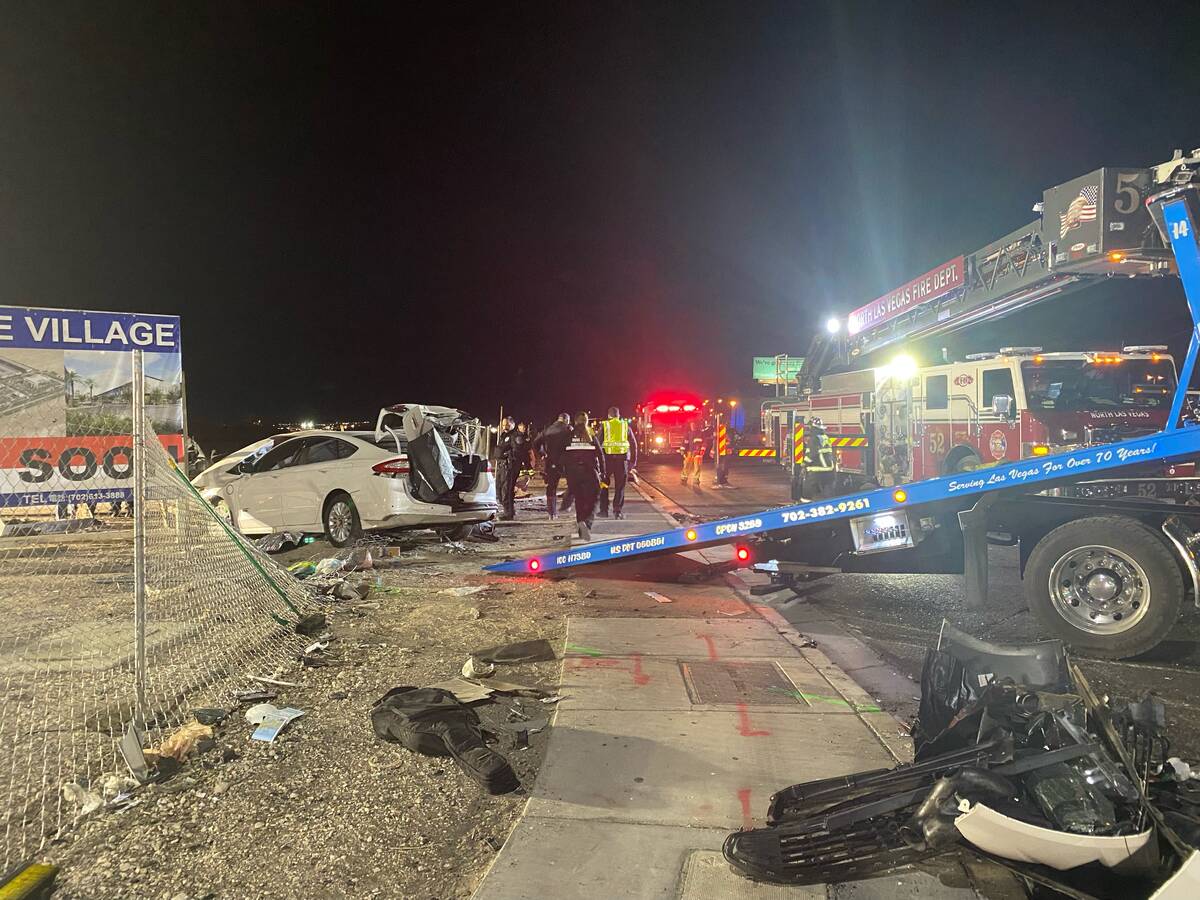 Authorities get set to tow a vehicle involved a six-car crash at the scene of a fatal crash on West Cheyenne Avenue in North Las Vegas, Sunday Jan. 30, 2022. Nine people died in the accident Saturday afternoon. (David Wilson/Las Vegas Review-Journal)

Through the first three months of 2022, Nevada has seen a dip in traffic fatalities year-over-year. That’s the good news.

Now the bad news: Despite the positive direction the state is heading, Clark County’s numbers continued to worsen through the first quarter of the year.

Through March, there have been 70 crash-related fatalities on Nevada roads, a 14 percent decline compared with the first three months of 2021, when 80 fatalities occurred.

More sobering is that Clark County accounted for 59 of those traffic deaths. That’s a 23 percent spike compared with the first quarter of 2021. Those fatalities occurred in 50 fatal crashes.

One of the more notable multi-fatal crashes occurred in late January when nine people were killed in North Las Vegas in a single wreck. A speeding and impaired driver caused the tragic accident when he blew through a red light going over 100 mph. The driver, Gary Robinson, the passenger in his vehicle and seven others in a van that Robinson’s vehicle struck died.

This year also has seen a noticeable spike in vehicle occupant deaths, with 24, a 41 percent increase over the same time period last year.

Pedestrian fatalities are also up in Clark County, with 21 deaths on Southern Nevada roads, up 17 percent over 2021’s 18 fatalities through March.

The goal of the state and the county is always zero fatalities, and the fact that Clark County is trending in the wrong direction concerns the area’s traffic safety director.

“We had an absolutely horrific start to the year,” said Andrew Bennett, Clark County Department of Traffic Safety director. “We had fatal times nine, which is heavily present in these numbers. To be up 22 percent is disappointing. That now is a three-year increase for Clark County.”

Bennett, who held the same title with the state for many years before starting the role with the county this year, said that it’s up to each driver to do better.

“We’re down to three things that we’re trying to get drivers to do,” Bennett said. “Slow down, always drive sober and buckle up. Those are three behaviors that we are unfortunately seeing an increase in. … We’re working with all of our partners to make sure we get that message out as much as possible, but we’re also ready to respond to it and to let people know we’re taking this seriously.”

The rise in traffic deaths in Clark County is even more concerning considering that 2021 ended up with 235 fatalities, a 22 percent increase over 2020. Last year was the deadliest year on Nevada’s roads in 15 years with 382 deaths.

Last year the county averaged about 20 deaths per month. Through March this year the county is on track to match that number, but it’s not too late to change the trend, Bennett said.

“I like where the state is heading, and I think that we (Clark County) will start to head in the right direction going into the summer, and hopefully throughout the rest of the year we can normalize the numbers and head in the same direction as the state is overall.”

With what’s deemed as the “100 deadliest days” coming up — Memorial Day through Labor Day when summer road trips mainly occur — Bennett and other traffic safety officials will rely on education and enforcement in hoping for safer roads.

“We’re working every single day at the county to coordinate our resources and coordinate our response,” Bennett said. “We’re still struggling heavily with recklessness and speed. There’s several high visibility enforcement and education and engineering changes that are happening as we speak to combat these numbers.”