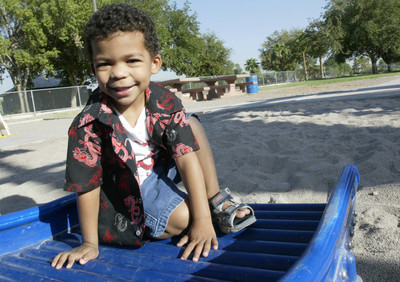 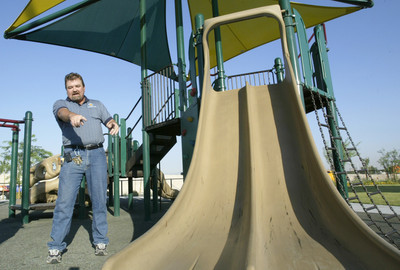 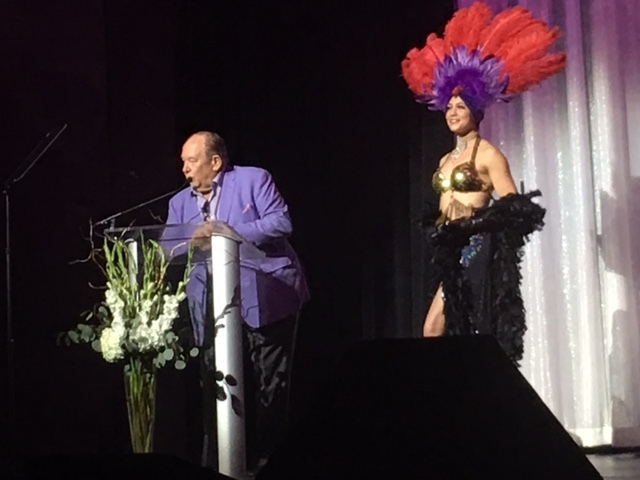 Some adults might fondly recall their fun days on the playground, such as when the resident daredevil swung all the way over the top and left the less brave — those who only jumped from their seats midair — literally in the dust.

Or when the bigger kids pushed the merry-go-round so fast that the little ones dizzily flew off and onto the dirt.

The scrapes and scratches just didn’t seem to matter much back then.

But today, priorities are different.

Nowadays, the emphasis is on safety.

With swings built to limit height and merry-go-rounds, now called whirls, to limit speed, modern playgrounds are designed to give kids a safer thrill.

“It’s a double-edged sword,” Waller said. “We all remember the old stuff.”

Waller is part of a parks department team of maintenance experts who select play equipment and regularly evaluate parks for safety.

Today, standards are set to make sure kids don’t get hurt, he said.

Together with Perry Smith, supervising park maintenance worker, the two audited McCarran Marketplace County Park against guidelines set by the Consumer Product Safety Commission and the American Society for Testing Materials on Aug. 22. The county tries to audit each of its 48 parks with play equipment each year.

The park, near the intersection of East Russell Road and Surrey Street, opened three months ago.

They used torso, head and “fish probes.” The latter got its name because of its shape. The three-fourths-inch thick device represents the flat frontal head and shoulder area of a child.

All holes in the play structure such as the space between ladder rungs, climbing pockets, or gaps connecting one part to another were probed. If a torso probe can go through a hole, the head probe must also go through to prevent “head entrapment,” a situation where the child’s head or shoulders get caught, Waller said.

Each year nearly 206,000 preschool and elementary children receive emergency care for injuries on playground equipment, according to the National Program for Playground Safety. Seventy-six percent of those injuries happen at a public facility such as a park or school.

With geometric equations and a yellow tape measure, Waller and Smith tested the structure’s slides. After comparing the slide’s incline, height, and the space at the bottom, both the flat part of the slide and the ground below it, Waller said the toy was safe.

McCarran Marketplace, along with many modern play facilities, has a padded ground surface. While it may take the fun out of the Cherry Drop — a flip to the ground while hanging upsidedown from monkey bars — the floor significantly reduces playground injuries, said Nancy Harpin, pediatric emergency room manager at University Medical Center.

The 2 1/2-inch thick cushiony ground is made out of shredded tires. Its thickness varies by playground and is related to the area’s “fall point” or highest point where a child could be on a playground.

Before such surfaces were invented, children would slip and fall on concrete or gravel and suffer minor head injuries or skin lacerations, the nurse said.

Harpin, who said she has tended to a lot of playground-related broken bones over the years, said new play facilities are also safer because they are not as high. She remembers 10-foot tall metal slides without guard rails that anyone, even a toddler, could climb on. “You just don’t see that anymore,” she said.

Engineers began to emphasize safety in playground design in the mid-1990s, Waller said.

Structures today are more horizontal and likely to have more enclosed areas and tunnels. Materials are often covered by a thick coating to keep kids from getting cut on jagged edges.

Among other precautions, rocking toys like single-spring horses and teeter-totters are now designed with two springs instead of one to limit motion.

Yet, no design can control how children play, said Waller, adding that children still play tag and hide-and-seek on raised play areas.

“Parks aren’t baby sitters,” he cautioned. “Parents need to watch their children and take them to age-appropriate facilities.”

In the last three years the county has replaced 15 older play units with new ones. Modern play units cost between $9,000 and $100,000, depending on their size, Waller said.

Most units today come certified for safety by the International Play Equipment Manufacturing Association, he added.

At Sunset Park, one mile south of where Waller and Smith were conducting their audit, Elizabeth White watched her grandson, Emilio Rodriguez, 3, play in the sand and on the slide.

With bad memories of falling off a swing when she was younger, White said she takes her grandson to the park near the intersection of Sunset Road and Eastern Avenue twice a week for good reason.

“I feel like he’s safer here than in the yard at the apartment,” she said. “I miss the old playgrounds, but I don’t have to worry about him anymore.”