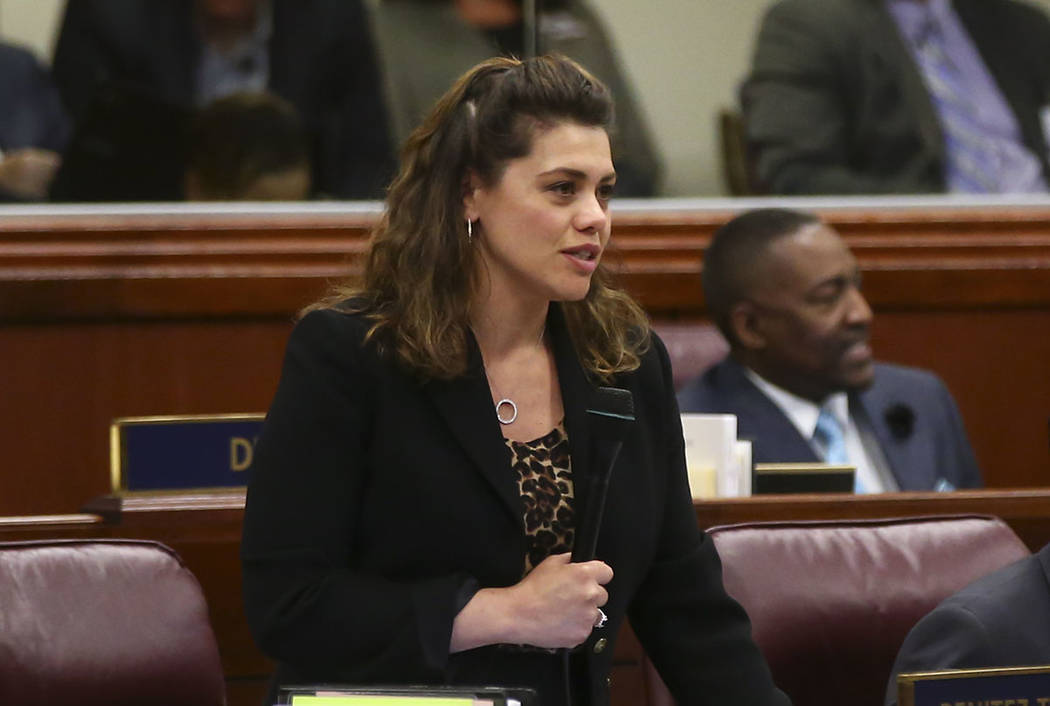 The Senate and Assembly health committees heard introductions for several bills Wednesday, including one that aims to improve the services and living conditions of supportive housing for the mentally ill.

Assembly Bill 252 would impose new requirements on community-based living arrangements, homes that offer care for the mentally ill who have had interactions with law enforcement and that came under intense scrutiny after two 2018 audits showed they were being overpaid by about $1.5 million statewide while housing vulnerable Nevadans in deplorable conditions.

The bill, sponsored by Assembly Majority Leader Teresa Benitez-Thompson, D-Reno, would require the homes to provide staff who speak the language of the resident to ensure communication, to offer services such as occupational therapy through licensed staff, and to post the complaint line to the Department of Health and Human Services on the premises.

“Some of these homes are making a good deal of money, and we’re not seeing those state dollars flowing to the people in the home,” Benitez-Thompson said.

Assembly Bill 232, sponsored by Assemblywoman Rochelle Nguyen, D-Las Vegas, would require all acute-care hospitals in Nevada to be certified through the Centers for Medicare and Medicaid Services, effectively mandating those hospitals accept both insurance types and requiring that patients are treated, regardless of their ability to pay.

There’s only one hospital in Nevada which isn’t certified through CMS: Elite Medical Center, a 22-bed hospital on the Las Vegas Strip that opened in July and doesn’t contract with any insurer, leaving all patients responsible for the out-of-network cost of their care.

Despite support from the Nevada Hospital Association and hospital entities in the north and south, a representative on behalf of Elite Medical Center testified in opposition of the bill, telling legislators the hospital’s intentions were not to leave patients on the hook for their care.

The hospital still accepts patients who are insured by Medicare and Medicaid, just provides those services for free, said Mike Draper, who represented the hospital.

“We feel much of this bill is based on misinformation, protectionism and a lack of understanding of what Elite Medical Center is,” Draper said. “We’re actually providing an economic benefit to the Medicare and Medicaid program.”

Senate Bill 284, sponsored by Sen. David Parks, D-Las Vegas, would create a task force to study state laws which criminalize HIV or AIDS exposure, as treatment has advanced in recent years to allow those who are HIV-positive to decrease their viral loads to undetectable levels.

Parks also sponsored Senate Bill 364, which would ban health care facilities from discriminating on the basis of gender identity, HIV status, race, and more. It also would require health facilities to maintain records for each patient using their preferred name and gender pronouns.

“We are here in the 21st century,” said Brooke Maylath, president of the Transgender Allies Group in Reno. “Let’s treat all people with respect.”