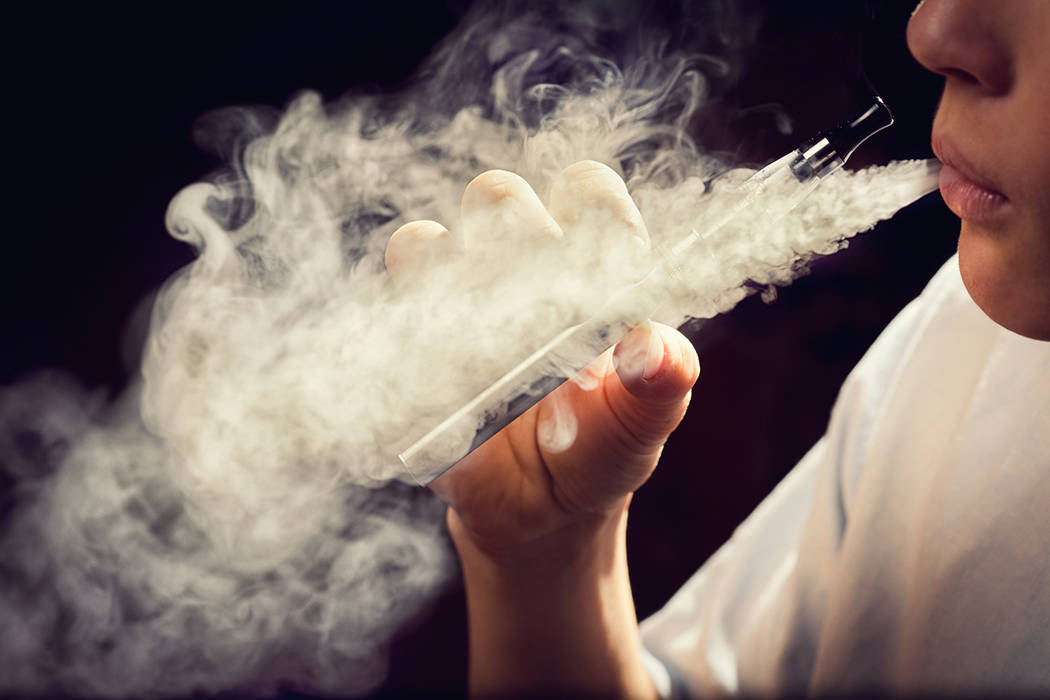 CARSON CITY – Vaping products would be taxed like tobacco, at 30 percent of their wholesale cost, under a bill heard in committee Thursday. Health advocates said they were trying to reverse a rise in teenage vaping while shop owners said the tax would kill their business.

The added tax and fees might raise as much as $8 million. But revenue is not the main goal of the bill, sponsor Sen. Julia Ratti, D-Sparks, told the Senate Revenue and Economic Development Committee.

“This is a public health bill,” Ratti said. “The goal is to reduce usage by raising the price. The intent here is to disrupt the industry.”

Ratti, joined by public health advocates, cited a Centers for Disease Control study from November that found a 78 percent increase in e-cigarette use by high school students in just one year, and a 48 percent increase in use by middle-schoolers over the same period. According to the report, 3.6 million high school students use e-cigarettes, more than 27 percent of them on a regular basis.

Area high school students who testified said most if not all of their friends had at least tried e-cigarettes, some of which are so inconspicuous that students use them in class without being detected.

The FDA says no tobacco product, including e-cigarettes, is safe for youths to use.

Testifying against the bill, vaping industry officials and vape shop owners said the problem of teenage usage was more one of enforcing laws that ban the sale of vaping products to minors. They said higher prices could discourage people from giving up regular tobacco products in favor of e-cigs, which are less harmful.

Other opponents said the tax, as applied, would affect more expensive products but not necessarily those that contain more nicotine.

Nine states and the District of Columbia currently tax e-cigarette products, some by percentage of wholesale price, some by volume, or milliliter of e-liquid. Among states that tax by portion of wholesale price, Nevada’s rate would be the lowest, Ratti noted in her summation. The next highest is Pennsylvania, at 40 percent. California’s rate is nearly 63 percent of wholesale, while Minnesota assesses a 95 percent rate.

Ratti said she sympathized with vape shop owners but was “more sympathetic to the folks who are becoming addicted to these products.”

“If a disruption in the industry is the price that we have to pay for reducing the amount of usage, then I think that’s a price we should be considering paying,” she said.