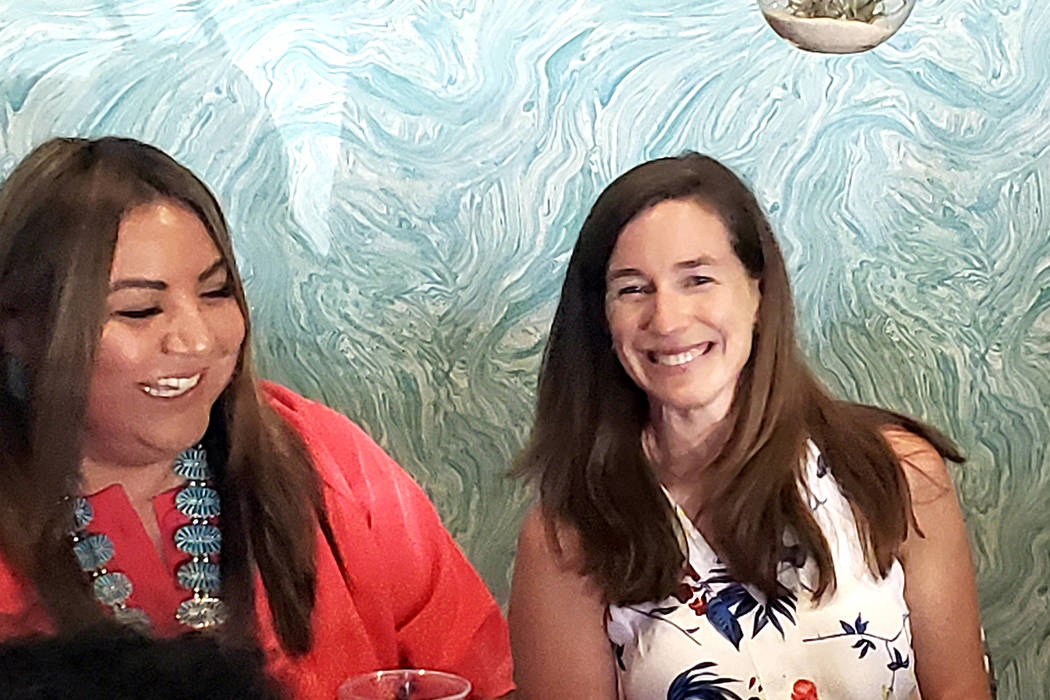 O’Rourke met with local members of Moms Demand Action, the National Organization for Women and March For Our Lives at Zen Coffee Bar in Henderson, where both O’Rourke and the advocates shared personal stories of mass shootings. O’Rourke is from El Paso, Texas, where a gunman killed 22 people and injured 24 others on Aug. 3.

In addition to the gun violence discussion, O’Rourke also led private conversations on immigration and small business in the Las Vegas Latino community, and she joined her husband’s campaign volunteers for a phone bank.

Here are some highlights from the gun violence discussion:

— Legislative successes and frustrations. O’Rourke was keenly interested in how the groups had successfully lobbied Nevada lawmakers to pass background check, red flag and other gun control laws. She asked if they had any luck in changing Republicans’ minds on gun control — something her husband is actively trying to do on the campaign trail. They had not, the women said, and they chalked up the gun control victories to the state’s heavily Democratic, majority female 2019Legislature.

— Racism, hatred a factor. O’Rourke told the Review-Journal that the El Paso attacks sobered her to the fact that gun violence can affect any community, no matter how safe or loving it is. “It is not only gun violence prevention, but it also the systemic racism that we have in this country and this constant fear-mongering and hatred that you’re hearing at the executive level that for me, and I think for Beto, creates a sense of urgency to be as aggressive as possible to prevent all of that.”